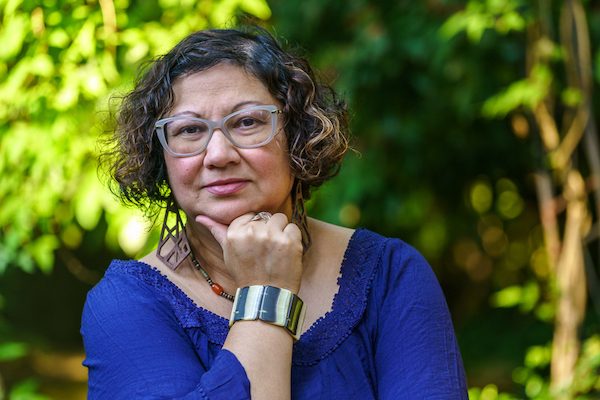 Linfield University is resisting FIRE’s calls to end its investigation into English professor Reshmi Dutt-Ballerstadt for her social media posts. In step with Linfield’s sloppy handling of other free speech controversies, its attorney’s response to FIRE doubles down on the school’s refusal to provide the professor even the most basic information about the nature of the charges against her, and invokes a Supreme Court decision that, fairly read, supports FIRE’s position that the school’s actions implicate Dutt-Ballerstadt’s expressive rights.

As FIRE detailed last week, Linfield is investigating Dutt-Ballerstadt for her social media posts that praised English majors and criticized the business school’s takeover of the building housing the English department. At least that was the justification Human Resources Director Lynn Johnson provided when she informed Dutt-Ballerstadt of the investigation.

Linfield must provide faculty accused of wrongdoing basic facts about the nature of proceedings against them.

As we explained in our follow-up letter, even if Linfield refuses to cooperate with FIRE, it is obligated to give Dutt-Ballerstadt more information:

Linfield might conceivably argue dismissal is not among the possible outcomes of this particular investigation, but Dutt-Ballerstadt would have no way to know that because Linfield has withheld crucial information about its investigation. Regardless of the particulars, under any conception of due process and minimal fairness, Linfield must provide faculty accused of wrongdoing basic facts about the nature of proceedings against them, including a summary of the allegations, and what policy they are alleged to have violated. Linfield cannot justify failure to take these most preliminary steps by claiming concern for the privacy of Dutt-Ballerstadt’s accuser. Merely telling a faculty member which policy they allegedly violated cannot be said to compromise the rights of any other faculty member.

Linfield’s counsel also defended the university’s investigation of Dutt-Ballerstad by invoking  a recent unanimous Supreme Court decision in a case in which FIRE filed an amicus brief, Houston Community College System v. Wilson. That reference, however, is somewhat curious, FIRE explained, given that the Court was so careful to make clear its analysis and holding in the case are limited to censures by elected representatives concerning public conduct of another elected representative, where everyone involved is an equal member of the same body, and the censure does not prevent anyone from doing their job or deny any privilege of office. The same cannot be said of the relationship between Linfield and Dutt-Ballerstadt as her employer, nor of the potential punishments available for Linfield to mete out if it feels its investigation warrants.

If anything, where the decision in Wilson speaks more broadly, it supports FIRE’s position. As our letter notes, the Court explains in Wilson that “deprivations less harsh than dismissal” of em­ployees can and do constitute adverse employment actions that can give rise to constitutional injury. It also confirms that whether adverse actions are sufficiently material to create a potential First Amendment violation rests on the extent to which they “would chill a person of ordinary firmness … from engaging in future First Amendment activity,” or have “adversely affected the[ir] protected speech, taking into account things like the relationship between speaker and retaliator and the nature of the government action.” As FIRE explained, “the Ninth Circuit, whose decisions bind Linfield, has repeatedly and consistently held that employers’ disciplinary investigations of employees—precisely what Linfield announced against Dutt-Ballerstadt—are enough to constitute an adverse employment action.”

Even if Linfield refuses to cooperate with FIRE, it is obligated to give Dutt-Ballerstadt more information.

All told, unfortunately, FIRE is not surprised by this response from Linfield. After all, we saw the mess the university made in its firing of tenured professor Daniel Pollack-Pelzner, earning itself a lawsuit and a not-so-coveted spot on our list of the “10 Worst Colleges for Free Speech.”

As we continue to learn more about this situation, we will keep readers updated on whatever unforced error Linfield manages to commit next.