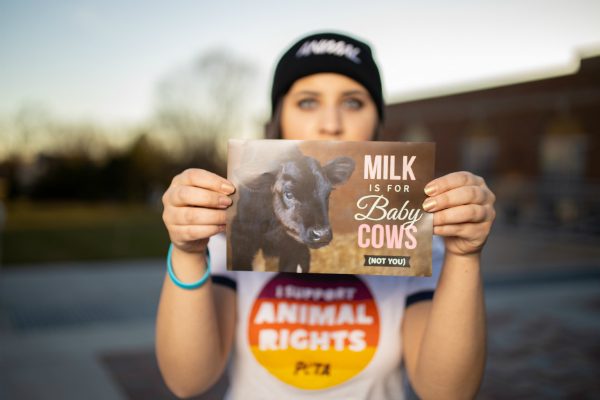 “My name is Naomi Mathew. I’m a sophomore here at Truman,” the vice president of Animal Alliance, a vegan student group at Truman State University, begins, opening a hearing of the New Student Organizations Committee that has been captured on audio. “We are looking to have our group obtain school recognition.”

But, as FIRE wrote earlier this week, this hearing ultimately led to the viewpoint-based denial of Animal Alliance because its mission of promoting veganism might put students at “emotional” and “reputational risk.” Being denied recognition means Mathew’s group cannot reserve rooms, access campus funding, or post materials in public areas on campus.

In a letter sent to the university administration Tuesday, FIRE reminded Truman State that making decisions about student group recognition based on subjective factors violates the First Amendment.

But it’s not the first time Truman State has heard that: Mathew told them herself.

When asked about a risk management plan, Mathew told the committee: “Ultimately, at the end of the day, we can do as much risk management as possible. A lot of times, any emotional risk people might have with us or getting upset with us, ultimately isn’t really even on us. We’ll do our best to not, you know, be in people’s faces and whatnot, but we do have a right to speak and to put our ideas out there.”

And she’s right. Student groups shouldn’t be held responsible for ensuring their views are non-controversial enough to be palatable for the general campus community. To require such is antithetical to the value of free expression.

These restrictions have a real impact.

“Not only is it a lot of times hard to eat in the dining halls, but a lot of times from our friends and from other people, you can get a lot of ridicule for standing up for your beliefs or simply choosing to exist and be vegan,” Mathew is heard saying on the recording, explaining to the committee why a vegan club is needed. “So having a space where we can all come together is really important.”

This recording of the hearing, when paired with documents and emails exchanged prior to and after the hearing, makes clear the absurdity of this denial.

For example, a committee member can be heard questioning Mathew and Animal Alliance President Astha Thapa on whether they plan to host controversial events. But hosting controversial events is well within the First Amendment rights of student organizations and is thus not an appropriate gauge for whether a student group is worthy of official recognition.

The students are also asked about how they will manage risk — harkening back to queries university officials posed to Mathew via email before the meeting. Those emails questioned her about how the group planned to mitigate the emotional and reputational risks Animal Alliance’s official recognition would allegedly cause.

“How does your organization plan to assume the risk brought about by your affiliation with PETA?,” asks one committee member, presumably referring to the group’s plan to use resources from the group People for the Ethical Treatment of Animals as well as Mathew’s status as a PETA campus representative.

Mathew responds by reminding the committee that the group isn’t a PETA organization, but simply sometimes uses PETA resources.

After the recorded hearing, the committee retreated behind closed doors to deliberate and later notified Mathew via email that Animal Alliance had been denied recognition, citing the same concerns about “emotional risk” and “reputational risk” discussed in the hearing.

FIRE continues to watch this matter and looks forward to a response from Truman State.