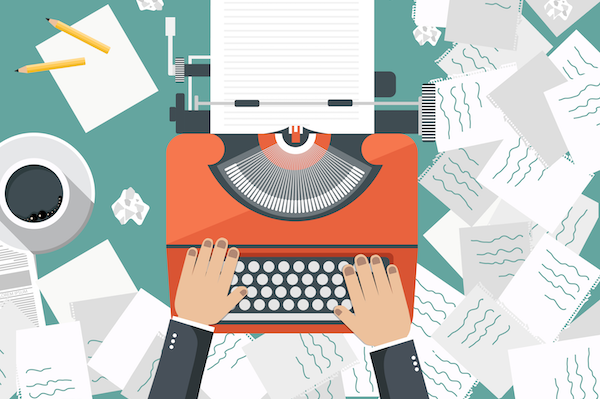 Whenever I teach workshops on media law for student journalists, at least one student inevitably asks how likely they are to get sued.

“Probably not very likely,” I usually respond, with some amount of confidence.

You see, lawsuits against student journalists and college publications are very uncommon. They happen about once a year, on average, and are usually defamation lawsuits that are quickly dismissed. In many of these cases, state anti-SLAPP statutes kick in and the plaintiff faces the potential responsibility of paying attorneys’ fees for the journalist and publication that were sued.

We’ve already seen three such lawsuits: One against the Tufts University student newspaper, The Tufts Daily; a second against The Cauldron at Cleveland State University; and a third — filed in 2020, but apparently ongoing — against The Maroon at Loyola University New Orleans. When you keep in mind that there are somewhere in the neighborhood of 1,200 college and university newsrooms across the country, three lawsuits is still small potatoes — but still an uptick over prior years, and it’s only April.

Let’s talk first about the nitty gritty of these lawsuits, and then about what student journalists across the country can learn from these situations.

At Tufts, student journalists from The Tufts Daily likely let out a sigh of relief after the plaintiff agreed that the lawsuit warranted dismissal. But at Loyola and Cleveland State, those involved with student newspapers The Maroon and The Cauldron are still battling out lawsuits.

It’s important to note none of these lawsuits appear particularly meritorious.

At Tufts, a local landlord, Mouhab Rizkallah, sued The Daily after the newspaper covered a protest by a local tenants union that alleged a building owned by Rizkallah had “exploited its tenants and neglected its maintenance duties.” This lawsuit evaporated under a joint stipulation of dismissal — in which all parties agree to dismiss the case — a mere three weeks and two days after the plaintiff filed the case.

In his original complaint, plaintiff Rizkallah claimed the Daily falsely made him out as a liar by reporting he “repeatedly claimed the people protesting were members of the Greater Boston Tenants Union and not [his] tenants,” which he claimed contradicted his emailed admission that one protestor was his tenant. But in that same email to the reporter, Rizkallah also stated that the protestors were not tenants, but members of the Union — a statement he also repeated in a text message to the reporter.

Since defamation is, by definition, false, a true statement like the one in The Daily’s article about Rizkallah repeatedly maintaining protesters were from the Union — a statement backed up by texts and emails — cannot be defamatory.

You generally can’t avoid First Amendment protections applicable to defamation actions by filing your lawsuit under a different claim.

At Cleveland State, The Cauldron reported on what it perceived as the buy-out of on-campus food establishment Burgers 2 Beer by another company, riling Burgers 2 Beer, which alleges this statement amounts to tortious interference with business expectancies and contracts. As the First Amendment Clinic at Case Western Reserve Law School — which represents The Cauldron — pointed out on Twitter, these are strange claims to bring against a newspaper, not least because tortious interference requires a purpose of injuring the plaintiff, which is usually not the intention of news reporting.

Additionally, it appears Burgers 2 Beer’s campus location is being taken over by another company. While this takeover doesn’t include other locations of Burgers 2 Beer and thus may not be a full “buyout,” The Cauldron’s original reporting was substantially true and should remain fully protected by the First Amendment. Word to the wise: You generally can’t avoid First Amendment protections applicable to defamation actions by filing your lawsuit under a different claim.

The lawsuit against The Maroon at Loyola New Orleans is extra silly, as it’s brought by Sonya Duhé, former director of Loyola’s School of Communication and Design — the school that houses Loyola’s journalism program.

The suit targets the newspaper and its faculty adviser for “stat[ing] or impl[ying] that Duhé is a racist, a bigot, prejudiced and a homophobe.” The Maroon had covered complaints by several students who claimed Duhé had a history of making allegedly racist remarks, such as by commenting on the natural hair of Black broadcast majors.

To her credit, Duhé appears to recognize she is a limited-purpose public figure — a status that means she must not only show the paper and other defendants made false and reputation-damaging statements about her, but also that they did so with knowledge the statements were false or with reckless disregard for their veracity. (Private figure plaintiffs, on the other hand, may need to show only that defendants negligently made false and damaging statements.)

So what do these suits mean for student journalists?

Student journalists can gather a few lessons from these lawsuits. Perhaps most importantly, student reporters — especially those in editing roles — should learn how to do a self-directed prepublication review.

Basically, a prepublication review involves taking a critical look at content to determine what legal risks the content may introduce, with a goal of mitigating those risks.

FIRE’s Student Press Freedom Initiative makes learning to do prepublication review easy with a couple of resources: First, our interactive website CanIPublishThis.com guides journalists through questions about their content related to legal risks like defamation and privacy, helping students identify any potential pitfalls as well as when to contact a lawyer for help.

Here are the 7 warning signs of student press censorship:https://t.co/jUAuKjV64U

If you are a student journalist seeing these warning signs at your publication, reach out to FIRE’s Student Press Freedom Initiative for help: 717-734-SPFI (7734)#StudentPressFreedom #freepress

Second, we offer a free guidebook (available online here) that walks college reporters through a simple five-step process for conducting a prepublication review. We even have a video to help those in college newsrooms learn how to use this process.

Student journalists should also recognize the sheer importance of being familiar with basic tenets of media law. A basic understanding of issues like libel and defamation, copyright, privacy, and public records laws is pivotal for keeping yourself out of legal trouble.

To learn more about these concepts, student reporters should get involved with the FIRE Student Network to receive emails about our quarterly webinars on media and free press law. (We have one coming up on May 5 all about requesting public records!) And college journalists who have specific questions should always feel free to call SPFI’s 24/7 hotline: 217-734-SPFI (7734).

A final extra important lesson for student journalists is to always vigilantly fact-check, verify sources, and follow other journalistic norms. While all the best practices in the world may not keep you from getting sued — even when paired with prepublication review and a basic understanding of media law — they will be your best ammunition against losing a lawsuit. This is because, in most cases, plaintiffs will, at minimum, have to prove you were negligent — meaning you or your staff didn’t act as a reasonable reporter would. By following best practices, you’ll be in the best position to defend against a potential suit.