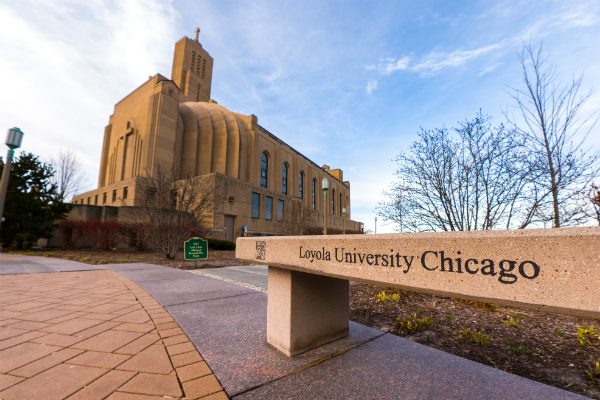 Following complaints from student journalists that Loyola University Chicago’s media relations policy frustrated their attempts to reach school faculty and staff in a timely fashion, Loyola has revised the policy in question. Loyola’s policy change comes as a result of significant input from various campus stakeholders as well as from FIRE.

The university is to be commended for taking this decisive and necessary step.

Loyola previously maintained a media relations policy requiring faculty and staff to obtain approval from its public relations staff for any statements made to the media, including the university’s student newspaper, the Loyola Phoenix. The policy provided that faculty and staff contacted by reporters were to “refer” journalists “to the appropriate [University Marketing & Communications] team member for response.” It further stated that all “press releases and statements … will be routed through, approved, and disseminated by” that communications department team member.

The policy prompted a letter from FIRE and PEN America to Loyola in February. In our letter, FIRE and PEN America called on the university to scrap these onerous requirements, improve the policy, and make clear to student journalists, as well as faculty and staff, that they were allowed to discuss pertinent issues for timely coverage, free from any university approval process.

Happily, Loyola has done just that, to its credit.

In April, the university convened a working group to revisit the policy and provide recommendations for revision. Loyola invited FIRE to take part in the process, and I was pleased to represent FIRE on the working group and to provide feedback. The working group also included members of the Phoenix’s staff, Loyola faculty and staff, outside media members, and others. The collaboration that resulted was an amicable and fruitful one, led by Loyola Vice President of University Marketing and Communication Jeremy Langford.

Through these changes, Loyola has clarified to campus constituents and media members alike that it does not wish to impose any kind of approval process or requirement. Rather, the goal, as stated in the policy, is to “coordinate publicity or visibility for programs, events, or newsworthy issues,” to the extent individuals would like that type of assistance from the university.

In a statement to FIRE, Langford said:

Loyola deeply respects FIRE’s work on behalf of free speech and academic freedom in higher education. We also believe in finding a ‘better way’ through thoughtful and respectful dialogue. When FIRE raised concerns earlier this year over our media policy being too restrictive, the “better way” was to invite the organization to the table for a working group composed of administrators, faculty, staff, and professional and student media charged with reviewing the policy and its implementation.

Indeed, the end result in this matter is not just an improved policy at Loyola; it represents the type of collaborative work FIRE does with universities and their stakeholders all the time. Whether it is helping students and faculty advocate for speech code reform, assisting university officials with drafting revisions to their policies, or using our Spotlight database to inform concerned citizens about campus speech codes, FIRE is always available to help improve the state of free speech at your school.

If you are interested in working with FIRE toward policy change at your campus, we hope to hear from you soon!