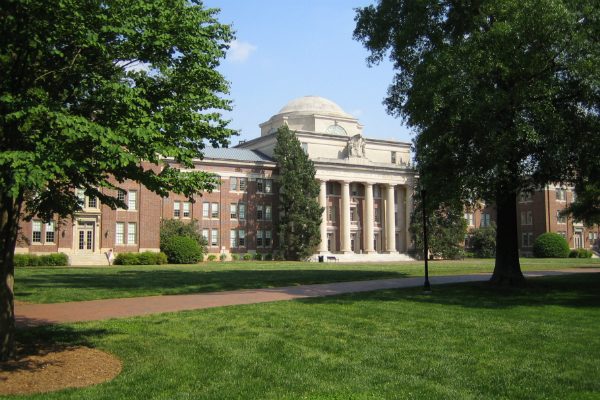 At Davidson College, students are told they can be punished for hosting a theme party with stereotypical costumes, however that may be subjectively determined. Because of the broad scope of this policy and its potential to have a chilling effect on expression, Davidson College’s Bias Education and Response policy is our Speech Code of the Month for March 2019.

Over the past few years, more and more colleges and universities across the country have been adopting bias incident reporting policies, which direct students to report instances of perceived bias against particular characteristics. In FIRE’s 2017 Bias Response Team Report, we found a total of 232 bias reporting systems publicized on campuses across the country.

These policies are clearly not uncommon, but Davidson’s policy earns our worst, “red light” rating and our Speech Code of the Month designation because the policy illustrates several of our most serious concerns about these policies.

First, Davidson’s policy defines “bias incident” so broadly that it could be applied to investigate or punish protected speech. In defining a bias incident, the policy makes a distinction between a hate crime and a bias incident, saying that a bias incident is “an offense against a person or property motivated in whole or in part by the offender’s bias against” a particular characteristic, but that it “may not rise to the level of a crime.” In doing so, the policy gives the administration license to take action against speech that has been reported as biased against a particular characteristic, but that is nonetheless protected under First Amendment standards.

Further, Davidson’s policy provides that, even though a bias incident may not rise to the level of a crime, alleged perpetrators may face serious consequences. The policy first says that the college may respond with “restorative justice” or “dialogue approaches,” failing to clarify whether the parties’ participation is mandated, or if alleged perpetrators are given the opportunity to decline participation. Later, the policy says that bias incidents are in fact “considered violations of the student code of responsibility,” confirming that bias incidents, so broadly defined, are indeed punishable under this policy.

Finally, the policy names as an example of a bias incident behavior that is typically protected under First Amendment standards. Under the heading “Examples of Bias Incidents,” the policy states: “Student organizations and Greek letter organizations that host theme parties or Halloween parties that encourage people to wear costumes and act out in ways that reinforce stereotypes create a campus climate that is hostile to racial and ethnic minority groups.” It’s possible for this sort of behavior to be a part of a pattern of conduct that does rise to the level of unlawful hostile environment harassment, but absent that clarification, students reading this policy are left to assume that all theme parties with subjectively stereotypical costumes will be “considered violations of the student code of responsibility.”

These are common pitfalls, but it is possible for a college to develop a bias incident policy that responds to and provides support for concerned students without compromising the protection of student free speech rights.

For example, after FIRE worked with Stetson University this past year to suggest revisions to its bias incident policy, the university enacted a policy that struck that very balance. Stetson’s policy narrowly defines bias-related incidents as “threats or acts of harassment or intimidation” directed at individuals on the basis of a particular characteristic — conduct that is not protected under First Amendment standards. Further, Stetson’s policy makes its purpose clear from the start, saying that it “provides impacted parties opportunities to be heard and supported,” that all parties’ participation in educational dialogue is “optional,” and that it “is not a disciplinary process and does not function in lieu of any disciplinary or complaint processes within or outside of the University.” Stetson even changed the name of its policy to reflect its central purpose, from the Bias Education & Response Team, to the Bias Education & Support Team.

Like Stetson, Davidson is a private college, so it is not legally bound by the First Amendment. But Davidson promises its students free speech, saying that the community is founded on “free, unfettered inquiry.” To live up to that promise, Davidson must either ditch its overbroad Bias Education and Response policy entirely, or revise it so it provides support to those who have been affected by incidents without sacrificing the protection of student rights.