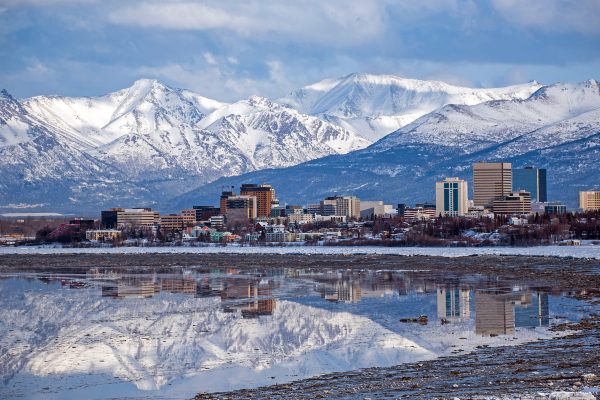 In case you missed it, FIRE released an updated version of our Policy Statement on Political Speech on Campus last week. While it’s intended primarily as a resource for students and faculty members to better understand their rights, university administrations would do well to review the statement, as mishandling of the subject is unfortunately pervasive. Indeed, a recent search of FIRE’s Spotlight database revealed that more than 30 schools maintain policies that specifically restrict political expression. (You can view a complete list of those institutions here.) To take one egregious example, the University of Alaska Anchorage bans the use of university technology resources to send or post “[c]ontent related to partisan political activities.” This policy is FIRE’s Speech Code of the Month for March 2020.

It would be totally unreasonable for a person to suspect that students tweeting about Donald Trump over the internet in the residence halls, or emailing Joe Biden campaign organizers about volunteer opportunities in the computer lab, are speaking on behalf of the university. And yet, this policy forbids those actions.

As explained in further detail in our statement, colleges that are tax-exempt under Section 501(c)(3) of the Internal Revenue Code are indeed prohibited from engaging in political activity as institutions. However, students do not endanger their university’s tax-exempt status by engaging in their own partisan political speech, when such speech is clearly separate and distinct from the institution’s views. As long as partisan student groups obtain their university resources in the same way other groups do, and as long as students don’t overcome the strong presumption that they aren’t speaking on behalf of the school, the tax-exempt status isn’t threatened.

But the University of Alaska Anchorage’s “Acceptable Use Policy” doesn’t even attempt to explain this distinction. The policy instead broadly states that users may not transmit or post any content that is related to partisan political activities, without explaining that it’s typically fine for students to use university internet or other technology resources to post or send political messages.

Sure, if a student were to send an email with falsified university letterhead endorsing a political candidate, it would be reasonable for the university to investigate the matter, as that message could imply university endorsement. But a broad ban on any content even related to partisan political activities includes a great deal of expression that doesn’t come close to implying university endorsement. For example, it would be totally unreasonable for a person to suspect that students tweeting about Donald Trump over the internet in the residence halls, or emailing Elizabeth Warren campaign organizers about volunteer opportunities in the computer lab, are speaking on behalf of the university. And yet, this policy forbids those actions.

You might think this policy’s overbreadth is the result of poor drafting, and that a policy like this would never be enforced to actually shut down the political expression of students. But partisan political expression often meets censorship on campus due to its inherently adversarial nature, and the presence of a restrictive policy like this on the books makes censorship all the more likely.

We see it happen time and again.

For example, in 2015, Georgetown University Law Center prevented students from tabling in support of Bernie Sanders’ 2016 presidential campaign. In doing so, the university pointed to its “Student Organization Policy on Partisan Political Activities,” which broadly banned partisan political activity on campus.

Months later, the university put out a somewhat improved policy, which specifically allowed students to table on campus for outreach purposes, but that still imposed restrictions on the use of other university-supported resources for campaign activity. Yet this version also predictably led to further infringement on political expression: Later that year, the Georgetown Law Students for Democratic Reform were told by campus administrators that they could not hold a phone bank supporting a congressional candidate on campus, as doing so would violate even the revised policy.

Unlike Georgetown, the University of Alaska Anchorage should get revisions right the first time. Keene State University provides a useful model in its “Computer and Network Use Policy,” which bans the use of resources “for the purpose of lobbying that connotes College involvement or endorsement of any political candidate or ballot initiative.” This sort of wording rightly indicates that students may use university resources for political purposes, so long as they don’t imply university endorsement. (While the University of Alaska Anchorage is at it, it should also remove the policy’s unconstitutionally overbroad bans on statements that are “bigoted, hateful or racially offensive” and material that contains “vulgar or obscene language or images,” but I digress!)

It is unacceptable for public universities — and private universities like Georgetown that promise their students free speech — to prohibit political expression, an area of speech that is core to the very purpose of the First Amendment. FIRE is happy to assist the University of Alaska Anchorage, as well as any of the other 33 colleges identified as maintaining restrictions on political speech, with revising their policies so that they better regulate such core protected speech.

If you are a college student or faculty member interested in free speech, consider joining the FIRE Student Network or Faculty Network to connect with a coalition of college students and faculty members dedicated to advancing individual liberties on their campuses. If you’re concerned about a potential violation of your rights on campus, contact FIRE for more information.

Institutions that currently maintain a policy that restricts political expression: