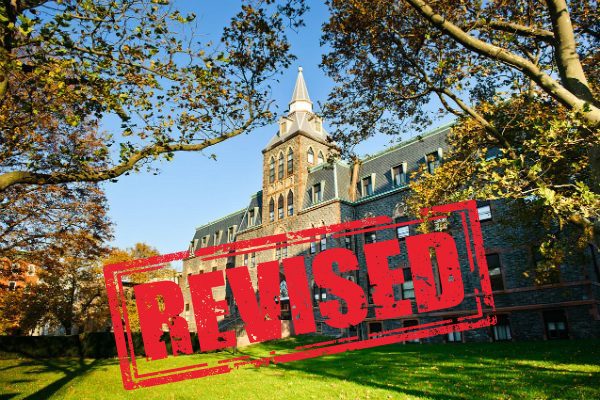 (Editor’s note: This policy has since been revised. Please visit Stevens Institute of Technology’s entry in FIRE’s Spotlight Database for more information.)

Can you imagine a protest that doesn’t offend at least one person? I can’t — protesters typically use polarizing language in order to communicate ideas and draw attention to their support or opposition for a cause, and there’s bound to be someone who doesn’t like that language. Yet at Stevens Institute of Technology in New Jersey, demonstrations aren’t allowed to include “[v]ile or offensive language.” As a result, this policy has earned our Speech Code of the Month designation for the month of May.

The Supreme Court of the United States has made clear, in decades of First Amendment jurisprudence, that speech may not be limited by the government simply because it is deemed distasteful or offensive. In Terminiello v. Chicago, the Court noted:

[Free speech] may indeed best serve its high purpose when it induces a condition of unrest, creates dissatisfaction with conditions as they are, or even stirs people to anger. Speech is often provocative and challenging. It may strike at prejudices and preconceptions and have profound unsettling effects as it presses for acceptance of an idea.

Allowing students to engage in demonstrations on the campus, but then demanding they not offend anyone with their language, entirely defeats this “high purpose.” Subjectively vile or offensive speech may indeed be most effective in communicating an idea, and banning such speech robs Stevens students of such rhetorical tools, in addition to being totally unrealistic and impossible to enforce.

(For the record, Stevens is in Hoboken, New Jersey, a place where the locals may not be as delicate as Stevens’ rule would suggest. The Founding Fathers, no shrinking violets, would gather at the Hoboken Turtle Club. And it’s near the site where Aaron Burr dueled Alexander Hamilton, which, by North Jersey standards, was a relatively lovely and low-key Wednesday in July.)

Stevens is a private institution, but it promises its students free speech, saying that the university’s central functions “depend upon an atmosphere in which freedom of inquiry, thought, expression, publication, and peaceable assembly are given the fullest protection.” If “fullest protection” means the legal protection a student would receive at a public school, Stevens is hardly living up to that promise with this policy.

A policy like this invites selective enforcement, as a student with a highly controversial or unpopular protest sign that effectively draws public attention to the issue is more likely to be punished under this policy than a student with a protest sign that offends just a few individuals, or no one at all. This policy puts students at the mercy of the most sensitive administrators who might apply it, and subjects them to the demands of other students or outside individuals who seek action from administrators against speech they dislike.

Stevens also provides in official policy that “[e]xpression of the widest range of viewpoints is encouraged” at the institution, “free from institutional orthodoxy and from internal or external coercion,” but the widest range of viewpoints certainly includes views that others find vile or offensive. Stevens must revise its demonstrations policy to restrict only types of expression and conduct that are not protected by First Amendment, such as true threats, intimidation, and incitement to violence.