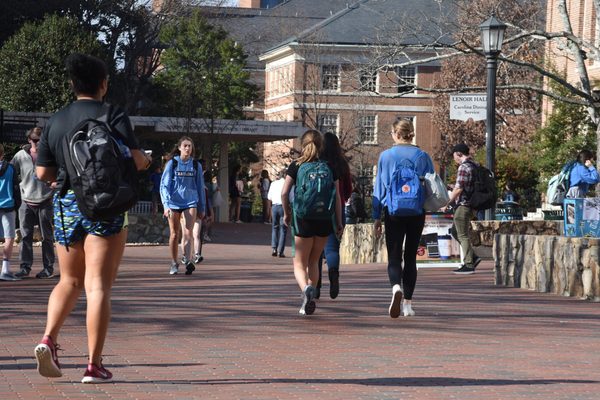 Controversy over a course at the University of North Carolina has prompted two members of Congress, an Israeli diplomat, and The Zionist Organization of America to ask UNC to cancel the course. As a public university bound by the First Amendment, UNC must not submit to requests — even from powerful entities — to censor course content.

“The Conflict over Israel/Palestine” is a 200-level course taught by graduate student Kylie Broderick. Broderick has a history of tweeting anti-Israel sentiments, according to reports from The Algemeiner. As a result, the outlet argued she was unfit to teach the course, asserting that “[s]tudents at UNC deserve an unbiased education that encourages and challenges them to form their own opinions, not to be simply indoctrinated against Israel.”

Other members of the university community and some outside organizations were critical of Broderick as well.

The Zionist Organization of America has urged UNC to, in its words:

(1) cancel the “The Conflict over Israel/Palestine” course at UNC this fall; or (2) replace Broaderick with a professor who is committed to teaching historical facts and truths rather than to pushing a personal agenda of anti-Israel falsehoods, and who will be welcoming and tolerant of a variety of views.

ZOA told UNC that if it did not acquiesce to its request, it would inform the United States Department of Education’s Office for Civil Rights that the university was in breach of a resolution agreement it signed with OCR. That agreement stemmed from the University’s hosting of a conference called “Conflict over Gaza: People, Politics, and Possibilities.” ZOA’s clear implication is that allowing Broderick to teach the course would be tantamount to permitting anti-Semitic harassment, in violation of UNC’s resolution agreement with OCR.

North Carolina Congressman Ted Budd, a Republican, echoed those sentiments in a letter he sent to UNC. Budd argued President Trump’s 2019 executive order on combating anti-Semitism requires analyzing potential claims of anti-Semitic harassment under Title VI (prohibiting discrimination in federally assisted programs on the basis of race, color, or national origin) by using the definition of anti-Semitism adopted by the International Holocaust Remembrance Alliance. Citing the IHRA definition in his letter, Budd wrote:

[I]t is antisemitic to, among other things, deny the Jewish people their right to self-determination, engage in blood libels, or apply a double standard by requiring of the Jewish state a behavior not expected or demanded of any other democratic nation. Under the IHRA definition, [Broderick’s] statements are antisemitic.

Budd urged UNC “to take all steps necessary to comply with federal law and deny opportunities for anti-Semitism to spread on your campus.”

We continually remind legislators that when they weigh in on controversies at institutions of higher education, it is improper to use their office to call for censorship of constitutionally protected speech.

But the concern about the course is bipartisan; according to The Intercept, a Democratic member of North Carolina’s congressional delegation, Kathy Manning, “also met with the dean of the College of Arts and Sciences to exert pressure over Broderick’s course.”

Over the years, FIRE has seen many American elected officials make calls for cancellation of courses or firing of professors who engage in protected, albeit unpopular, expression. We continually remind legislators that when they weigh in on controversies at institutions of higher education, it is improper to use their office to call for censorship of constitutionally protected speech.

The same Intercept report alleges that an Israeli diplomat, Anat Sultan-Dadon, the Consul General to the Southeastern United States, also met with a UNC dean and accused Broderick “of antisemitism” and being “unfit to teach the course.” Sultan-Dadon tweeted that the report was inaccurate, but said that “[a]n individual’s remarks about ‘Zionist dirtbags’ have nothing to do with academic freedom and everything to do with #antisemitism.”

An inaccurate report about a meeting which neither reporter nor referenced “multiple professors” took part in. I do however stand by my response 👇. An individual’s remarks about “Zionist dirtbags” have nothing to do with academic freedom and everything to do with #antisemitism. https://t.co/a6tVdPpPq2 pic.twitter.com/uIVAgtTnrW

FIRE, as always, takes no position on the Israeli-Palestinian conflict. Still, there is very little doubt that Broderick’s speech is protected. There are a few categories of speech that fall outside of the First Amendment’s protection, such as incitement and true threats. However, Broderick’s extramural tweets criticizing a foreign government and adherents of Zionism, even if Israeli or Jewish students find them highly offensive, do not appear to rise to the level of unprotected speech.

Importantly, Broderick’s critics rely on the Department of Education’s use of the IHRA definition of anti-Semitism to allege that her tweets create an environment of anti-Semitism on campus. This is not a coincidence, as FIRE has long warned against using the IHRA definition in this context, arguing that it will lead to censorship because the definition includes certain criticisms of Israel. The recent efforts to remove Broderick from the classroom demonstrate that our concerns about this use of the definition are well-founded.

So far, UNC has taken no action against Broderick, and it remains to be seen whether the Department of Education will find that her speech created an anti-Semitic environment on campus, or use this incident as justification to force UNC to make additional “reforms.” We will keep readers apprised of further developments.