The case is Kennedy v. Bremerton School District. The two issues raised in the case are:

(1) Whether a public-school employee who says a brief, quiet prayer by himself while at school and visible to students is engaged in government speech that lacks any First Amendment protection; and

(2) whether, assuming that such religious expression is private and protected by the free speech and free exercise clauses, the establishment clause nevertheless compels public schools to prohibit it. 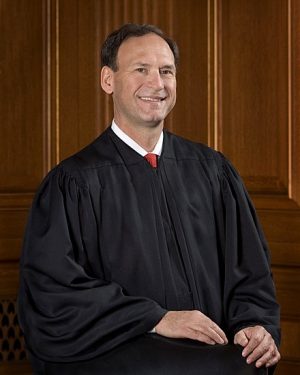 The Ninth Circuit’s opinion applies our decision in Garcetti v. Ceballos (2006), to public school teachers and coaches in a highly tendentious way. According to the Ninth Circuit, public school teachers and coaches may be fired if they engage in any expression that the school does not like while they are on duty, and the Ninth Circuit appears to regard teachers and coaches as being on duty at all times from the moment they report for work to the moment they depart, provided that they are within the eyesight of students. Under this interpretation of Garcetti, if teachers are visible to a student while eating lunch, they can be ordered not to engage in any “demonstrative” conduct of a religious nature, such as folding their hands or bowing their heads in prayer. And a school could also regulate what teachers do during a period when they are not teaching by preventing them from reading things that might be spotted by students or saying things that might be overheard.

This Court certainly has never read Garcetti to go that far. While Garcetti permits a public employer to regulate employee speech that is part of the employee’s job duties, we warned that a public employer cannot convert private speech into public speech “by creating excessively broad job descriptions.” Id., at 424, 126 S.Ct. 1951. If the Ninth Circuit continues to apply its interpretation of Garcetti in future cases involving public school teachers or coaches, review by this Court may be appropriate.

What is perhaps most troubling about the Ninth Circuit’s opinion is language that can be understood to mean that a coach’s duty to serve as a good role model requires the coach to refrain from any manifestation of religious faith — even when the coach is plainly not on duty. I hope that this is not the message that the Ninth Circuit meant to convey, but its opinion can certainly be read that way.

Federal Election Commission v. Ted Cruz for Senate. The two issues raised in the case are:

The campaign, created in partnership with ad agency DeVito/Verdi, launched in this past Sunday’s edition of The New York Times Magazine “and will use print and digital ads to stress Americans’ right to speak freely.”

Breaking in Sunday’s New York Times Magazine, the initial ad invokes the Rev. Dr. Martin Luther King Jr.’s famous “I Have a Dream” speech to bring home to Americans across the political spectrum what would be lost if our nation lacked the right to free speech. The ad coincides with Monday’s national holiday honoring the civil rights leader.

Proclaiming “No Free Speech, No I Have A Dream,” the double-page ad kicks off a print and digital marketing campaign that stresses the need to be able to speak freely and respect our fellow Americans’ right to do so, regardless of their viewpoint. The ad concludes, “It’s because of free speech that we’re all free to share our dreams.”

“Across history, people have fought for the right to express themselves, speak their minds, and share their dreams for a better future,” said FIRE Vice President of Communications Nico Perrino. “Unfortunately, the importance of free speech in a free society is too often forgotten or taken for granted. The argument for this precious right needs to be made directly and unapologetically to every new generation. That’s what this campaign hopes to accomplish.”

A second ad, focused on the perils and dystopian reality of censorship, will run later this month on the back cover of the New York Times Magazine. Its headline reads: “Free Speech is Never as Dangerous as Those Who Try to Silence It.”

Subsequent ads will address the phenomenon of “cancel culture” and the noteworthy legal and advocacy cases undertaken by FIRE to protect free speech rights. The digital media component consists of a strategy dubbed “FIRE drills,” where ads will immediately appear on 100+ news and political websites, as well as on social media news feeds, if stories or posts are published that connect to FIRE’s mission of defending free speech.

The campaign aims to positively predispose audiences to further understand and engage with the cause, become familiar with FIRE’s work and its position as a nonpartisan free speech advocate, and find their way to the organization’s website where they can learn more and join FIRE’s efforts. 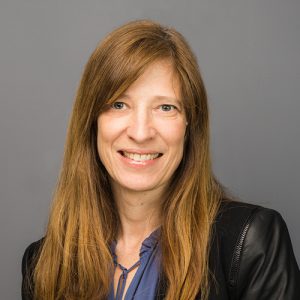 The ABA adopted Model Rule 8.4(g), which targets certain speech and conduct that are based on “race, sex, religion, national origin, ethnicity, disability, age, sexual orientation, gender identity, marital status or socioeconomic status.” In particular, according to the accompanying comment, Rule 8.4(g) reaches speech that is “derogatory and demeaning” or that “manifests bias or prejudice towards others” and is “harmful” (including, presumably, emotionally harmful). This rule targets a significant amount of speech that would be constitutionally protected if it were uttered by a nonlawyer.

This article argues that there is no justification for treating lawyers differently from others in many of the contexts in which the rule would apply. Rather than wading into the question of whether Rule 8.4(g) is constitutionally overbroad, we argue that state bars should not adopt a rule that comes close to that line. 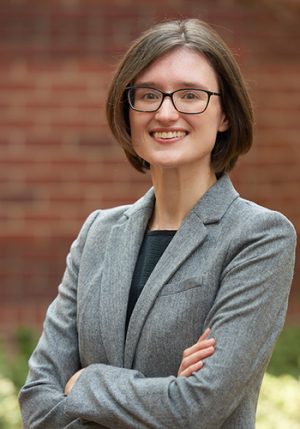 This Article introduces the concept of amplification into First Amendment law. Amplification, or the size of the audience reached by speech, lies at the heart of many contemporary free speech struggles. Yet the concept is surprisingly absent as a category of analysis from constitutional doctrine and virtually undiscussed in legal scholarship. Amplification deserves its own set of legal rules and doctrines, because the right to amplify one’s speech serves the two core types of First Amendment interests—those of audiences and those of speakers—differently than the right to choose the content of one’s speech. The higher the degree of amplification, the greater the disparity. When it comes to audience interests, amplification via mass media platforms has unique potential to distort the marketplace of ideas that informs voting audiences. When it comes to speaker interests, greater amplification has only diminishing marginal returns for the speaker’s primary interest in autonomy, understood as the capacity for living one’s own life, because speakers need very large audiences neither to (a) form their own life plans nor (b) have the motivation to act on them. Thus, the right to amplify speech to very large audiences is justified by its benefits for audience interests rather than speaker interests, and so may be constitutionally regulated to preserve the integrity of democratic discourse for audiences. A central practical upshot is that certain carefully drafted legal rules on amplification, including campaign finance laws and social media regulations, should survive constitutional scrutiny.

New scholarly article on the marketplace of ideas 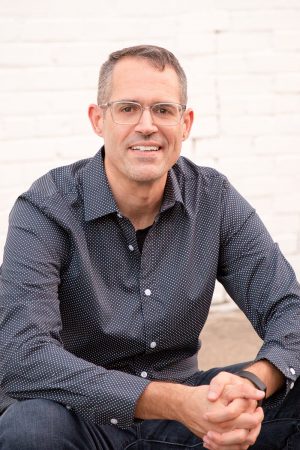 We have entered the era of networked truths. In other words, how truth is constructed in the networked era has shifted as people increasingly make conclusions about the world around them based on realities formed from algorithmically and bot-influenced information environments and ideologically chosen group identifications. The dominant rationale for expansive free expression protections, however, is founded upon a much different understanding of truth. This paper examines the factors that influence the shift in truth in the networked era, particularly in regard to social capital, identity, and how online spaces encourage a different type of expression.

This paper also establishes three important factors regarding the marketplace concept. First, it’s history tells us it is dynamic, rather than static in its meaning. Second, Justice Holmes did not create the marketplace of ideas in his dissent in Abrams and instead rejected the assumptions about truth that have come to undergird it. Third, Enlightenment-based ideas about truth and human rationality were added over time to rationalize expansive protections and create a conceptual space for human discourse. The paper concludes the networked-truth era requires a protected, rather than expansive, marketplace and an understanding of truth that safeguards the truth-formation process, rather than a battle between truth and falsity. 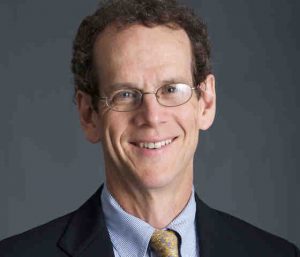 The ACLU has long fought to enforce the separation of church and state. We were the plaintiff in both Allegheny County v. ACLU and McCreary County v. ACLU, in which the Supreme Court held that the Constitution’s establishment clause barred the displays of a crèche and the Ten Commandments in county courthouses. So why are we supporting a Christian organization’s argument in the Supreme Court case Shurtleff v. Boston that it has a right to display a flag bearing the Latin cross in front of Boston’s City Hall? The short answer: The First Amendment requires it.

Religious expression cannot be completely excluded from public property. If that were the case, the government could ban Jehovah’s Witnesses from handing out religious tracts on public sidewalks. And free speech principles prohibit the government from discriminating against speakers because of their messages — including religious messages.

When the Supreme Court hears argument on Jan. 18, it should recognize that, having chosen for more than a decade to allow everyone else to display their private flags, Boston can’t turn away Camp Constitution merely because its flag is religious.

So to Speak Podcast on fighting words 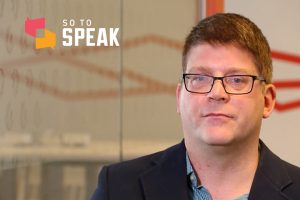 There are very few exceptions to the First Amendment. “Fighting words” is one of them. But since the Supreme Court first outlined this exception in 1942, it hasn’t shown much interest in revisiting the issue.

In this episode of So to Speak: The Free Speech Podcast, we’re joined by First Amendment scholar and FIRE Legal Fellow David L. Hudson Jr., who argues the “fighting words” doctrine is still alive and well in lower courts and is used to justify punishing everything from toilet tirades to cursing in a canoe.