FIRE > Newsdesk > The Eternally Radical Idea > ‘Moral Pollution’ at the University of Chicago: The case of Dorian Abbot 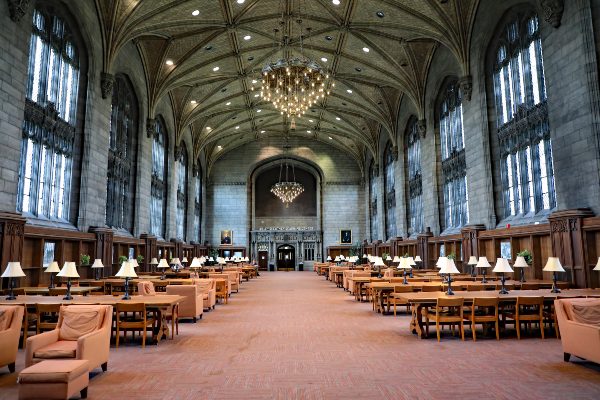 Note from Greg: I am sad to report that FIRE’s Senior Scholar in Human Development and Psychology, Pamela Paresky, who was our chief researcher for “The Coddling of the American Mind,” is finishing up her second fellowship at FIRE and will be moving on in the new year. I asked her to write a post about some key concepts from her four years as a psychologist working at a free speech organization.

Key Concept — Moral Pollution: The phenomenon whereby, by virtue of its physical or conceptual proximity to someone or something immoral, an idea, a person, or an object is considered metaphorically contaminated. This can provoke powerful moral emotions like disgust and contempt.

Abbot, an associate professor of geophysics at the University of Chicago, recorded a series of videos explaining his concerns about how his department was implementing diversity, equity, and inclusion initiatives. Among other things, he rejected the idea that in order to hire and admit more women in science, the university needed to lower its standards.

“Let’s support women in science by treating women and their scientific ideas with respect,” he said. “Let’s fight bias in science by working hard to reduce bias, not by introducing it. Let’s treat each applicant for conferences, fellowships, and faculty positions as an individual worthy of dignity and respect. Let’s treat all applicants fairly by judging them only on the basis of their ability and promise as scientists.”

We have to learn to replace our tribal norms with civic norms.

In response, more than 100 students and postdoctoral fellows submitted a letter asking for Abbot to be sanctioned, and (among other things) to “protect” students and postdoctoral fellows currently working with him by allowing them to “opt out” of being his Teaching Assistants (while still being paid to do that job). Although there were no threats of any kind to anyone’s actual safety in anything the professor presented, his ideas, the letter claimed, “threaten the safety and belonging of all underrepresented groups within the department.”


This kind of assertion has become increasingly common on campus. Fortunately for Abbot, the University of Chicago has an uncommon respect for freedom of speech and thought.

President Robert J. Zimmer is peerless in his staunch advocacy for a culture “where novel and even controversial ideas can be proposed, tested and debated.” The Chicago Principles (also referred to as the Chicago Statement) have been adopted in some form by more than 75 colleges and universities, largely with the help of FIRE. But if students and newly minted PhDs even at the University of Chicago ask the administration to sanction a professor whose ideas they believe “undermine Equity, Diversity, and Inclusion initiatives,” and even feel unsafe because his views run contrary to the prevailing view on campus, it demonstrates that even the most robust protections offered by a university administration are not enough. It takes more than just administrative leadership to create what Zimmer calls “an environment that promotes free expression and the open exchange of ideas, ensuring that difficult questions are asked and that diverse and challenging perspectives are considered.”

As a culture, we seem to have lost the understanding that, as Justice Louis Brandeis wrote, “the path of safety lies in the opportunity to discuss freely supposed grievances and proposed remedies, and that the fitting remedy for evil counsels is good ones.”  Even the fear of serious injury, he understood, “cannot alone justify suppression of free speech and assembly.” After all, “men feared witches and burnt women.”

And Brandeis articulated the psychological insights of the founders of the United States when he wrote,

Those who won our independence believed that the final end of the State was to make men free to develop their faculties, and that, in its government, the deliberative forces should prevail over the arbitrary. They valued liberty both as an end, and as a means. They believed liberty to be the secret of happiness, and courage to be the secret of liberty.

Especially in an election year, disagreeing without dehumanizing those who oppose us is more important than ever. And while strong leadership is essential, as this case attests, even the strongest administrative protection of academic freedom and freedom of expression cannot create a culture of free speech.

“The desire for compliance and conformity is reflected in most of human history,” Greg wrote in Reason Magazine. “It’s deeply ingrained in all of us. We did not have to learn to censor others, we had to learn to be tolerant of nonconformity. We had to learn not to burn the heretic.”

Even with a doctorate from the University of Chicago, I don’t recall any part of my formal education teaching me the limits of the First Amendment’s protections on free speech, but as a result of interacting with the lawyers at FIRE and eminent legal scholars (such as Nadine Strossen, Geoffrey Stone, and Jeffrey Rosen), I have benefited tremendously from an informal education about the First Amendment, freedom of speech, and other individual rights.

The first thing I learned is that understanding what the First Amendment protects and where its protections end is more necessary than ever. For example, attorney Samantha Harris and I wrote an article about which anti-Semitic expressions on campus are protected by the First Amendment and which are not.

“But,” you might say, “isn’t antisemitism ‘hate speech?’” As I wind down four years at FIRE, I’ve come to realize that one of the most persistent misunderstandings about freedom of speech is the relationship between free speech and “hate speech.” (The one kind of speech that never needs the protection of the law is the kind everyone likes.)

As lawyers at FIRE point out in a 2019 post, “contrary to a common misconception, most expression one might identify as ‘hate speech’ is protected by the First Amendment and cannot lawfully be censored, punished, or unduly burdened by the government — including public colleges and universities.” And as I’ve written elsewhere, “One person’s ‘hate speech’ is another person’s belief, opinion or even (as they see it) fact.”

Why this misconception is common is an issue that sits at the intersection between law and psychology. Our impulse to silence the speech we see as hateful is related to moral pollution. It is extremely difficult to see the value in protecting the right to say something morally abhorrent. We have a natural impulse to make it go away. “Hate speech,” however we define it, is morally contaminated. Anyone who says morally contaminated things must also be morally contaminated.

The human brain evolved to be a part of a group. Our “tribal” psychology allows us to rely on and support others in order to enhance our chances of survival. Tribal psychology creates ways to bind people together and give us a sense of belonging. A cohesive group with strong boundaries is more evolutionarily successful than one with loose connections and porous borders. And a particularly powerful method of creating group cohesion is through making some things sacred.

As social psychologist Jonathan Haidt has noted, rallying around the same sacred things and revering the same people, objects, and places creates this binding effect. Sharing values and a sense of the sacred forms a moral community, creates solidarity, and encourages people to be willing to both sacrifice for the common good and fight those who oppose the tribe. But as Haidt frames it in “The Righteous Mind: Why Good People Are Divided by Politics and Religion,” this sense of solidarity also has a blinding effect:

It binds us into ideological teams that fight each other as though the fate of the world depended on our side winning each battle. It blinds us to the fact that each team is composed of good people who have something important to say.

Our blindness to the value of people and ideas with whom and with which we vehemently disagree is aided by the moral emotion of disgust. Disgust protects us from dangerous pathogens. Disgust is elicited not only by the physically contaminated, such as spoiled food and toxic substances, however, but also by the morally contaminated — things that violate taboos. And when people violate our taboos, we see them as morally polluted. Disgust is, therefore, yoked to our conceptions of people who oppose the things we revere. This, according to social scientists Buckels and Trapnell, reduces moral sympathy and “inserts a psychological boundary between us and them that humanizes us at the expense of the other.”[1]

Our feelings are also informed by the psychology of safety and danger. When we view something as evil, it provokes not just disgust, but fear. As Greg and Jon Haidt note in their book “The Coddling of the American Mind,” our current moment is one in which we see a new moral culture of “safetyism” — a culture in which people express feeling unsafe from ideas they see as morally polluted, and in the presence of the morally contaminated people who hold those ideas. The appropriate, protective response in this moral culture can seem to be to fight evil with violence.

Even without resorting to violence, if we come in contact with a morally impure person or idea, because of how contagion works, we, ourselves, will be rendered morally polluted. Becoming morally polluted threatens our ability to belong. So the more firmly we believe something to be morally “true,” the less willing we are to permit any discussion that contradicts that “truth,” the less willing we are to engage with anyone who doesn’t share our view, and the more likely we are to feel “unsafe” in the presence of dissenters — whom, in a culture of safetyism, we must see as dangerous and threatening.

With Greg’s help (including that he came up with the title), this is my project. Even though my fellowship comes to a close, I look forward to my continued connection with FIRE as I focus on researching and developing a toolkit for engaging across lines of difference without feeling traumatized and without dehumanizing our ideological opponents. A toolkit for creating a culture of free expression and productive disagreement. A toolkit for developing habits of a free mind.