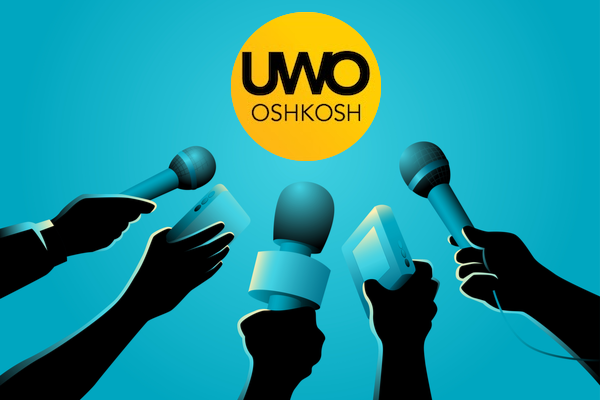 On university campuses, the press — particularly the student press — serves an important role as a check on institutional power. Journalists at universities are essential to keeping the public informed on campus activities, whether through reporting on mundane affairs or acts of impropriety.

Administrators at the University of Wisconsin Oshkosh have impeded this function, imposing an onerous process on reporters, including student reporters, who want to interview university employees.

Journalists at The Advance-Titan, an independent student newspaper at UWO, maintain they must go through particular steps in order to secure an interview with university employees. While university officials have refused to outline the details of this process in writing, these hurdles have been in place for at least two years and impose a constant barrier to the work of the paper’s journalists, whose reporting focuses on UWO and its personnel.

through the Student Press Freedom Initiative, we will continue to fight against similar practices and threats to free expression on other campuses.

This process chooses to ignore a simple alternative: allowing journalists to speak directly to employees.

On March 9, FIRE wrote to UWO, calling for the university to cease its restrictive press practices and to implement policies that make clear that journalists are free to speak with university employees without obtaining permission or having their questions reviewed beforehand.

Allowing reporters to communicate freely with their sources is not only more efficient for both the university and the media, doing so has the added benefit of not infringing on the First Amendment rights of both university employees — including faculty — and the student press.

UWO’s press practices pose several constitutional issues. First, and most alarming, these practices function as a prior restraint on the speech of government employees by prohibiting them from speaking to the press without prior permission. As the Supreme Court said in Nebraska Press Association v. Stuart, prior restraints are “the most serious and the least tolerable infringement on First Amendment rights.”

Furthermore, government employees’ ability to speak freely is tied to the public’s right to know, and by inhibiting the expressive rights of university employees, UWO obstructs the press as a conduit for informing the public of the university’s activities and thus serving as a campus watchdog. As we wrote in our letter:

As a direct result of UWO’s practices, lack of access to university personnel has come to burden student journalists’ ability to cover important campus issues. Blocking access is not only contrary to freedom of expression, but it is also unwise, casting into doubt the university’s commitment to transparency regarding campus decisions and events, which — because UWO is a public university — affect its immediate community and the broader public.

This transparency is further called into question where UWO exercises oversight into the journalistic process through its practice of reviewing reporters’ questions and sources’ answers. Requiring journalists to turn over this pre-publication content to university officials is a type of prior review. While the university isn’t asking to look at fully written stories before publication, as in traditional prior review, its practice has a similar effect.

As stated in our letter:

Because information and quotes garnered through interviews often create much of the content of specific stories, knowing the questions journalists will ask and the answers they will receive gives UWO officials a similar power to control the message as universities that engage in traditional prior review.

Contrary to the expression “all bark and no bite,” journalists’ bark is their bite. To be effective watchdogs, reporters must be able to accurately report without outside interference. To do so, they must have the freedom to communicate with their sources, and their sources must have the corollary right to speak freely.

We urge UWO to cease its practices, and through the Student Press Freedom Initiative, we will continue to fight against similar practices and threats to free expression on other campuses.