My organization, the Foundation for Individual Rights in Education (FIRE), has been fighting to protect freedom of speech on college and university campuses since 1999. It is with great honor that I share with you the testimony that I will be giving to the U.S. House of Representatives Subcommittee on the Constitution and Civil Justice to about speech codes and the general state of free speech on America’s public college campuses.

Here is my testimony:

My name is Greg Lukianoff. I’m a First Amendment-specialized attorney, and President and CEO of the Foundation for Individual Rights in Education, also known as FIRE.

I am here to testify about the serious threats to free speech and academic freedom on campus.

Since I don’t generally issue trigger warnings, I will go ahead and show the first slide. 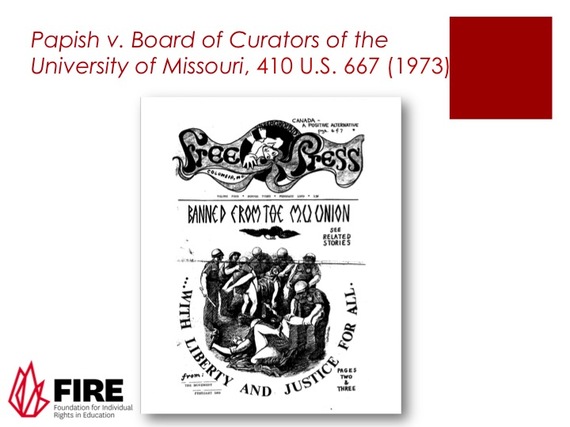 I show this not to shock you, but to establish that the case law protecting freedom of speech on campus is extraordinarily strong. This is a cartoon depicting police officers raping the Statue of Liberty that the Supreme Court found was clearly protected speech on a public college campus.

Subsequent case law has overturned virtually any attempt in higher education to ban or limit speech on the basis of its offensiveness.

Nevertheless, here is a classic example of the kind of cases I deal with.

In 2007, a student was found guilty of racial harassment without so much as a hearing for publicly reading this book. The cover of this book—which ironically celebrates the defeat of the Klan—was viewed as offensive by a university employee. 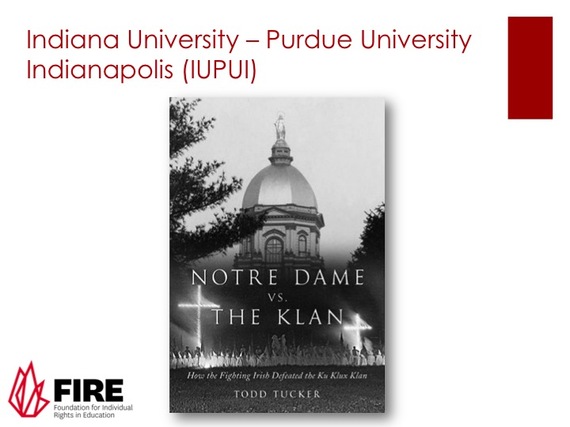 This incident took place at a public university, but it nonetheless took the combined efforts of FIRE, the ACLU, and the Wall Street Journal to get the university to back down.

I deal with cases like this on a regular basis.

But despite the strength of the case law, according to FIRE’s extensive research—the most extensive ever conducted into campus speech codes—we have found that 55% of them maintain codes that severely depart from First Amendment standards. 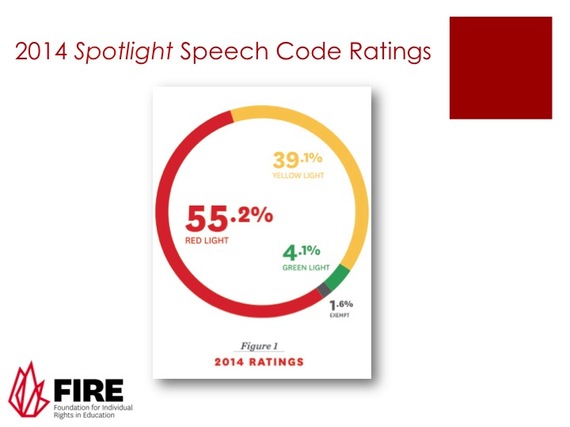 Less than two weeks ago we took on this “free speech zone” at Blinn College in Texas. 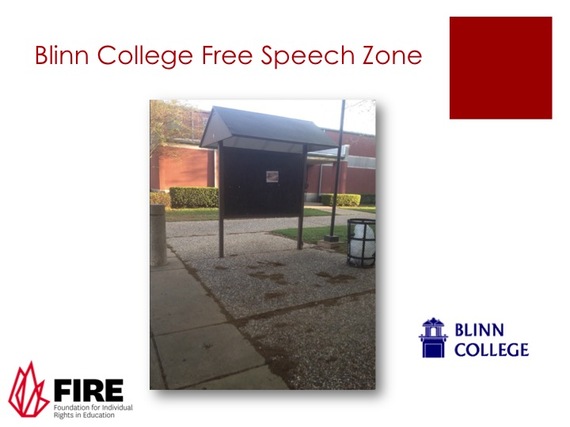 Blinn is a public college bound by the First Amendment, but when a student wanted to protest in favor of her Second Amendment rights she was told that she had to limit her free speech activities to this tiny zone.

FIRE’s research shows that nearly one out of every six universities maintain such ludicrous limitations on free speech. And this is despite the fact that we’ve been fighting these speech quarantines for almost our entire 15-year existence.

For example, here you will see the infamous Texas Tech “free speech gazebo” where, back in 2003, anti-Iraq war students were told they had to limit their protests. 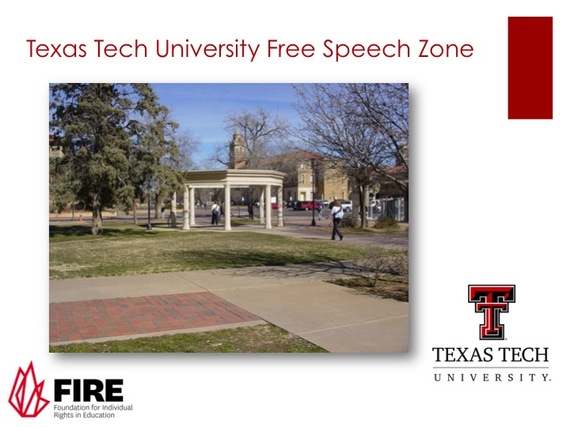 Though these zones fail in court and in the court of public opinion, FIRE has had to file ten lawsuits in the past year and a half, mostly dealing with such zones.

And then there are the harassment-based speech codes.

Here’s an example from Syracuse University where they flat out ban offensive speech. 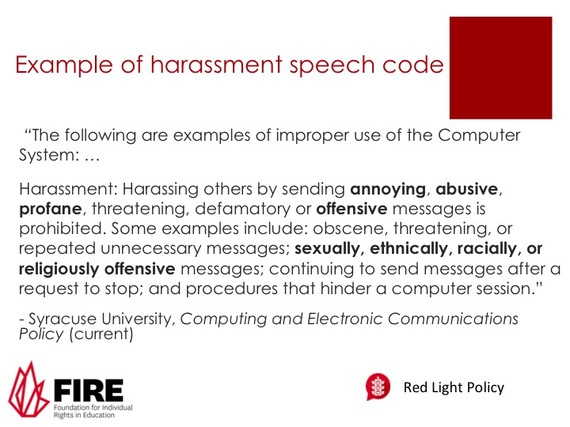 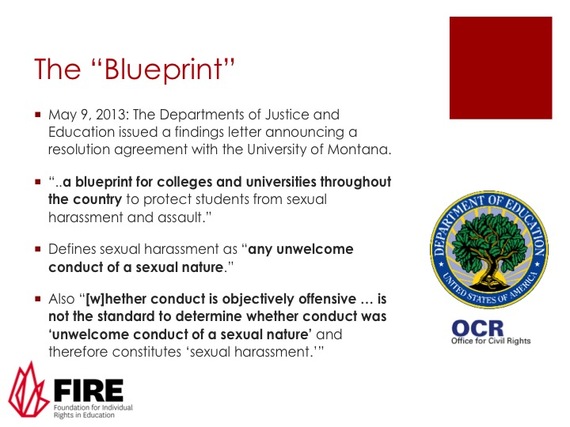 In a settlement with University of Montana, they defined harassment as merely unwelcome speech, and explicitly rejected “the reasonable person standard.” While the Department of Education backed away somewhat from this being a national blueprint in a letter sent to me, they must clarify to every university in the country that federal harassment law cannot be used as a justification for unconstitutional speech codes. 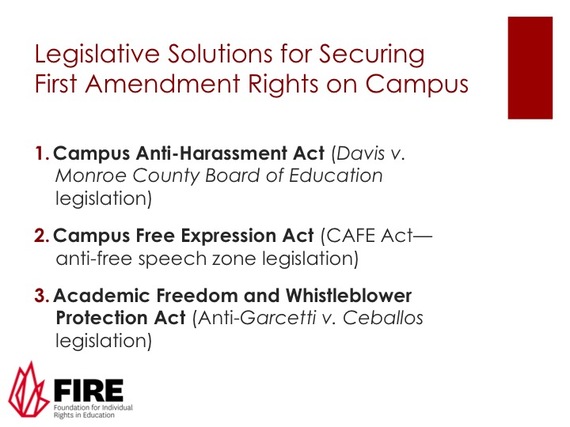 Across the political spectrum, I believe, we all must agree that free speech belongs on our college campuses.

Together we can make sure that universities remain a true marketplace of ideas.