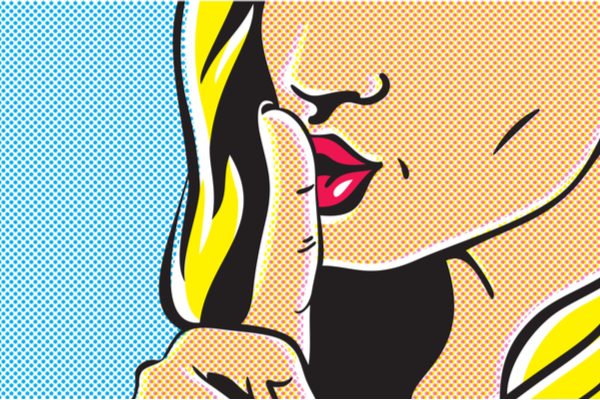 If you have nothing nice to say, then say nothing at all. At least that’s how Nassau Community College’s board of trustees thinks faculty should act when it comes to opinions on college leadership.

On Dec. 23, 2021, the NCC board of trustees sent the faculty an email insisting they “must stop” criticizing outgoing college president Jermaine Williams, assertedly in order to “ensure minimal disruption in this time of change.”

This directive followed two letters from the NCC faculty union, the first of which, sent Dec. 13, criticized Williams’ tenure as president and posed various complaints, such as the alleged failure of his policies to correct health and safety issues, an “ill-conceived” policy reassigning technologists to Information Technology Services, and “questionable” spending of COVID-19 emergency funding.

Instead of acknowledging the faculty’s complaints and proposing solutions, the board took a different approach.

Soon after, Williams announced he would step down from the role of NCC president and take on a new role as president of Montgomery College in Maryland. The faculty union responded to the board on Dec. 22, criticizing its handling of Williams’ departure and the lack of interim leadership during the search for a new president.

Instead of acknowledging the faculty’s complaints and proposing solutions, the board took a different approach. In its Dec. 23 email, the board touted ​​its role as the “governing body of” NCC and its “final authority for college business” and “all legal and fiduciary decisions,” then warned:

The Nassau Community College Community – Board, faculty, and staff have a shared responsibility to ensure minimal disruption in this time of change. That means that the correspondence disparaging Dr. Williams and his leadership of the College must stop.

On Jan. 11, FIRE wrote to the board, explaining that its directive chills faculty speech and violates the college’s obligations under the First Amendment. Faculty at public institutions are free to speak as private citizens on matters of public concern. This includes the right of NCC faculty members, and their union, to criticize college leadership.

Given NCC administrators’ roles as public officials and community leaders, Williams and the Board necessarily will receive criticism from various sources. This includes criticism from college employees, whose informed commentary on the sufficiency of institutional leadership is central to public debate. Restricting faculty criticism stifles this debate by excluding a key perspective from the conversation.

While the board expressed concerns this criticism would disrupt Williams’ transition out of office or NCC’s search for a replacement, it has not shown the criticism interfered with faculty duties or college operations in any way. Speculative concerns alone are insufficient to outweigh the interests of faculty members in voicing criticism.

We call on NCC and the board to make it clear that faculty are free to voice their opinions on college leadership — even critical ones.

Even if these concerns had meat on them, they wouldn’t be sufficient to demand faculty silence: If faculty criticism at NCC caused Williams’ new employer to get cold feet, that doesn’t implicate NCC’s interests in carrying out its public services. Likewise, a governing board can’t sweep faculty criticism under the rug to make it easier to fool a prospective presidential candidate that faculty members don’t have opinions about how their institution should be run.

This isn’t the first time FIRE has fought back against administrative efforts to chill faculty speech at NCC. In 2018, FIRE weighed in on a policy at NCC limiting faculty’s ability to speak freely to the media without first seeking administrative guidance. FIRE has also defended professors’ right to publicly criticize their institutions time and time again at other schools across the country.

Last week, the board announced at a meeting that NCC general counsel Donna Haugen would serve as its interim president. However, faculty continue to wait for confirmation that they are free to continue speaking out as the First Amendment allows.

We call on NCC and the board to make it clear that faculty are free to voice their opinions on college leadership — even critical ones.