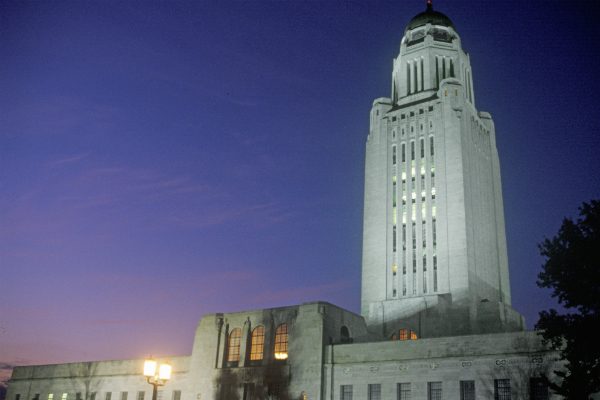 Just last year, several Nebraska Senate Republicans introduced a bill in the state legislature to prohibit state universities from disinviting speakers. Unfortunately, that hasn’t stopped the state party from demanding that a private university issue a disinvitation of its own.

This month, the Nebraska Republican Party demanded that Creighton University “find a more appropriate figure” to deliver its spring commencement address than Bob Kerrey, Nebraska’s former governor and US senator. They believe that Kerry’s pro-choice votes in the Senate and low score from a pro-life advocacy group should disqualify him from speaking at the private, Catholic university.

Ryan Hamilton, the Nebraska Republican Party’s executive director, deemed it “right” when Kerrey withdrew amidst his party’s public pressure. Though Kerrey praised Creighton University President Daniel Hendrickson’s refusal to formally rescind the invitation in the face of these demands, he withdrew out of concern the controversy surrounding him would distract from the commencement’s purpose of honoring Creighton’s graduating students.

This successful call for campus censorship comes at a time when Nebraska state senators are arguing that conservative voices are being silenced on college campuses. In early 2018, a trio of Republican state senators introduced the Higher Education Free Speech Accountability Act, a bill that, while flawed (FIRE testified in support of some parts of the bill and against other parts), included some helpful language that would have advanced the free speech rights of all students. One provision stated, “A campus shall be open to any speaker whom students, student groups, or members of the faculty have invited.”

Despite the stated desire of members of its legislative caucus to defend free speech on campus, the Nebraska GOP’s successful call for Kerrey’s disinvitation contradicts the principles undergirding the best aspects of its state senators’ own legislation.

If there is any principle of the Constitution that more imperatively calls for attachment than any other it is the principle of free thought — not free thought for those who agree with us but freedom for the thought that we hate.

Respect for the “thought we hate” not only provides the foundation for the First Amendment but also for the marketplace of ideas more broadly, a marketplace nowhere as important as at an institute of higher education like Creighton University.

At issue here is the merit of engagement with views we may oppose, a tenet that has long been necessary for academic institutions to thrive. As Greg Lukianoff, FIRE’s president, wrote in the Huffington Post amidst demands in 2014 that Rutgers University disinvite former Secretary of State Condoleezza Rice from serving as its commencement speaker:

Free inquiry and academic freedom, especially, require some amount of epistemic humility (that is, recognizing that we do not and cannot know everything) and an ability to acknowledge that even the opinion or person we really dislike might be able to reveal some portion of truth of which we are unaware. It’s also important that we recognize that even if a speaker does happen to be entirely wrong, that we might learn more about our own beliefs or about the complex relationships among beliefs by allowing that person to speak.

Unfortunately, the Nebraska Republican Party’s rejection of “epistemic humility” here does not stand out as unique. Calls to disinvite speakers from across the political spectrum are such a regular method of censorship on college campuses that FIRE maintains a Disinvitation Database to catalog the various attempts.

Although today’s example highlights how the Republican Party of Nebraska is undermining free speech, it’s important to remember that censorship is a tactic employed far too often by people of all political persuasions to silence their ideological opponents. The success of the disinvitation campaign here should serve as a reminder to all of us across the country that the test of our commitment to free expression is, like Holmes articulated, our willingness to stand up for speech with which we disagree. Rather than call for Kerrey’s disinvitation, the Nebraska GOP would have done better to call for Creighton students to engage Kerrey’s views critically and constructively. Standing up for free speech, if it is to be effective and credible, requires defending even expression opposed to one’s own principles.