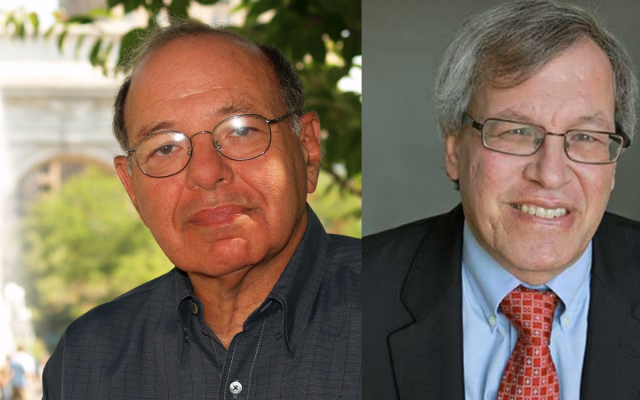 What follows is an outgrowth of a commentary authored by Robert Corn-Revere (“Punishing Disney for Opposing Florida’s ‘Don’t Say Gay’ Law poses Serious First Amendment Problems”) followed by Ira Glasser’s comments (“On Corporate Speech, the First Amendment, and Disney’s Criticism of Florida’s Anti-Gay Law; Along With a Reply to Neuborne and Chemerinsky”), which ended with some remarks in response to a recent op-ed by Burt Neuborne and Erwin Chemerinsky (“No, Ron DeSantis’ Battle With Disney Isn’t Just Political Grandstanding”). Below is the latest installment in this exchange — a rejoinder to Glasser by Burt Neuborne and Erwin Chemerinsky. Tomorrow, Floyd Abrams will weigh in with his own views on the matter.

Since neither of us wants to do time in our friend and colleague, Ira’s, re-education camp, let us point out two fallacies in his position.

Treating business corporations for First Amendment purposes as if they were just guys named “Inc.,” creates a phalanx of extremely powerful profit-seeking corporate speakers with huge economic vulnerability to government regulation. That’s why it’s so important to prevent the government from exploiting a business corporation’s vulnerability to economic regulation to pressure it to support the government’s political positions.

Second, all corporations are not created equal — or for the same purposes. Business corporations are a brilliantly successful legal fiction designed to organize economic resources efficiently in search of profit. But non-profit corporations — like the ACLU — exist to permit like-minded individuals to use the benefits of the corporate form to advance shared interests and values. Of course, such an entity — no matter what it is called — should enjoy full First Amendment rights. Citizens United was rightly decided on its facts precisely because the government, in seeking to limit Citizens United’s speech, made the same mistake as Ira in failing to distinguish between profit-making business corporations and non-profit corporations designed to advance shared values and interests. Unfortunately, so did the Citizens United Supreme Court majority.

Ideally, we should go back and start over, working out a thoughtful role for profit-making corporations in the First Amendment universe, recognizing the explicitly protected role of the press corporation. Since we fear that such a re-thinking is highly unlikely in the foreseeable future, we take the corporate First Amendment world as we find it and are merely trying to prevent it from degenerating into a world of corporate oligarchs and Putin wannabees.