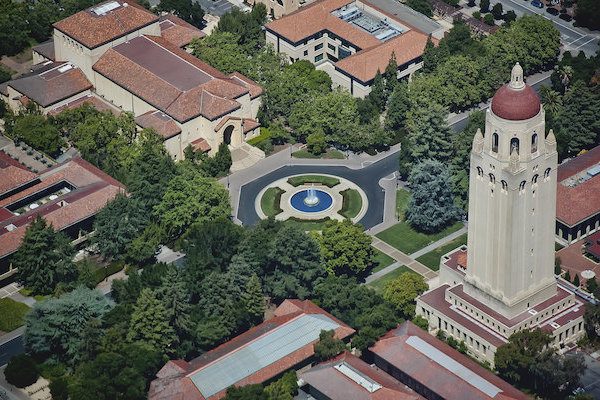 FIRE has reviewed the recording of Stanford’s Undergraduate Senate meeting, which occurred on Tuesday night. The senate debated the denial of funding for the event and considered a vote that would have imposed certain restrictions and requirements on it. Concerns over student safety dominated the discussion, which oscillated between concerns about the spread of COVID-19, the physical security of the event given the high-profile nature of the speaker, and the anticipated campus reaction to Pence’s speech.

As FIRE has previously written, it is important that legitimate public health concerns regarding the spread of COVID-19 be identified and addressed. However, assertions that safety demands the suppression of speech — particularly when the speaker is disfavored by decision-makers — must be scrutinized to prevent censorship under the guise of security concerns. And, in this case, the “safety” rationale was tacitly tied to the speaker’s identity or views — impermissible grounds for denying the event.

A student government senator who abstained from the public vote for the Pence event said he did not want “blood on my hands,” a statement long on hyperbole but short on specifics — and strongly indicative of a viewpoint-based funding denial.https://t.co/CpKg9xDqIX @Stanford

“Having such a speaker may affect the health and well-being — emotionally, physically, and mentally — of students, and that should be taken into consideration as you consider your vote,” one student senator said.

“We’re allowed to make moral judgments if we want to,” said another student senator who abstained. “As a senator, as an individual human being, you’re allowed to weigh your options, both technically and morally. So if you’re against the individual speaker, then I think it’s fine to vote in that way.” The same senator later added “if you think that you don’t want to morally give them the money, that is perfectly fine.”

“I fear that the issue here with the scenario is propagation of ideals that may be harmful to marginalized students on campus,” said a third student senator who chose to abstain from the vote. The senator did note that “I think that voting no unfairly sets a precarious precedent for other communities and may be unfairly used against them when they tried to acquire funding for similar reasons.” The senator also raised concerns about doxxing for speaking out publicly on the vote.

“I think it’s totally valid to abstain in this vote just because we all do have our individual morals and values,” a fourth student senator said. “And that’s presenting somewhat of a conflict, making it a very difficult decision, and I think that’s the intent behind an abstention.”

“I personally voted to abstain from the funding request personally because I don’t want that blood on my hands.”

Senators also discussed the security for the event, and whether the physical safety of students could be protected with people from outside of the school community coming to campus. The senators noted a previous campus visit from conservative commentator Ben Shapiro, which garnered protests. But barring a speaker based on the possibility that others will protest is a classic heckler’s veto, and Stanford’s own COVID-19 protocols recognize that outdoor protests are permissible.

“I personally voted to abstain from the funding request personally because I don’t want that blood on my hands, and I think that there are personal fundamental values to me as a person that got me elected to be on senate that is strictly contradictory to voting in favor of this funding,” a senator said in a previously published quote.

Restrictions on the number of attendees at the event, as well as masking and distancing requirements, were then proposed and approved, and the modified event was voted on — but the senate still blocked it.

The event was estimated to involve 1,000 attendees, and would have been open to the general public, although the restrictions that the senate voted to impose would have limited the number of attendees from outside of the school.

The Stanford College Republicans told FIRE that Pence accepted their invitation to speak.

The Stanford College Republicans told FIRE that Pence accepted their invitation to speak, and that the group is still planning to file a Constitutional Council complaint — an appeal to the student Constitutional Council that oversees the senate’s constitutional compliance — as they had previously done when they invited Dinesh D’Souza to speak on campus in 2019. The group had applied for $6,000 in funding to secure the venue, and planned to use outside funding to address security and policing issues, which was communicated to the Undergraduate Senate’s appropriations committee chair in an email.

Prior to Tuesday’s re-vote, the appropriations committee chair told the group that the event would not be funded.

“The primary factors that some Senators considered were the event size, security logistics, and public health,” the chair wrote in an email to the club on Dec. 3. The email’s brief explanation did not include concerns about Pence’s politics that were subsequently aired in the most recent meeting.

The group said it is in touch with Stanford administrators to establish alternate routes to confirm the event.

Forcing student groups to bypass the traditional senate funding and approval process sets a chilling precedent that must be avoided.

However, groups should not have to go through alternate routes to hold their events. Forcing student groups to bypass the traditional senate funding and approval process sets a chilling precedent that must be avoided. Student senators should also separate their roles as senators — where they are charged with carrying out viewpoint-neutral funding allocation, subject to Stanford’s free speech policies — from their personal viewpoints. Approving funding or recognizing an organization pursuant to university rules is not a personal endorsement of the organization’s views. FIRE calls on the Undergraduate Senate to reverse its denial of funding, and to adopt reasonable COVID-safety protocols using Stanford’s resources to facilitate Pence’s appearance.