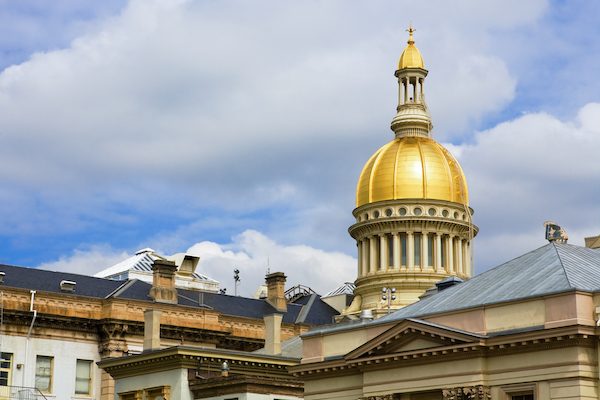 A bill has been introduced in the New Jersey Senate that would weaken student and faculty  due process rights at public colleges and universities.

Senate Bill 2469 would mandate that public institutions of higher education provide annual “victim-centered training” to employees involved in the receipt of a “report made by a student who is the victim of an alleged incident of sexual assault, the referral or provision of services to the victim, or any campus disciplinary proceedings that result from the alleged incident.”

FIRE does not oppose educating first responders and those conducting initial interviews about how trauma may impact complainants. In fact, such training can be beneficial because it allows those initial contacts to elicit vital information without discouraging complainants from coming forward. However, we caution against providing trauma-informed training to adjudicators because it invites bias into the disciplinary process.

Allowing bias into the adjudication process harms not only respondents, but complainants as well.

As we have previously written, victim-centered or trauma-informed training could lead adjudicators to assess testimony in a manner favorable to one party or to perceive the existence of trauma as a substitute for evidence.

One classic example of a trauma-informed training policy gone awry, which demonstrates that these policies have been undermining fundamental fairness for over a decade, is Stanford University’s past direction to student jurors that “acting persuasive and logical” is a sign of guilt.

The take-away lesson [of Harvard’s training materials] is that a victim of sexual assault may experience trauma, which in turn causes neurological changes, which in turn can result in “tonic immobility.” Tonic immobility, in turn, can cause the victim to appear incoherent and to have emotional swings, memory fragmentation, and “flat affect.” Her story “may come out fragmented or ‘sketchy,’” and she can be “[m]isinterpreted as being cavalier about [the event] or lying.” These problems, in turn, can cause police and sexual harassment investigators to dismiss serious claims, tragically because of symptoms of the trauma itself.

So far, that is the only training provided to Harvard personnel handling sexual harassment claims directed to the social and psychological dynamics surrounding sexual assault. It is 100% aimed to convince them to believe complainants, precisely when they seem unreliable and incoherent. Without disputing the importance of the insights included in this section of the training, one can ask: precisely what do they prove? Surely not a claim that, because a complainant appears incoherent and unreliable, she has been assaulted.

The Association of Title IX Administrators has shared similar concerns. In a 2019 position statement, ATIXA stated that it was aware of the continued use of some training materials that have asserted that the existence of trauma is proof of assault, and encouraged its “members and the field [of Title IX administrators] to avoid the use of information on the neurobiology of trauma to substitute for evidence.” Describing what it saw as an “unhealthy direction in the field,” ATIXA stated, “The field needs to incorporate trauma-informed investigation and interviewing methods into its best practices provided that they do not compromise the ability to obtain credible, relevant evidence.”

Further, as we wrote in our recent blog about the Violence Against Women Act reauthorization, trauma-informed trainings will be even more concerning if the forthcoming Title IX regulations once again allow institutions to use a single-investigator model, by which one person is both the investigator and the adjudicator, in Title IX disciplinary processes.

Fairness in the adjudication process ensures the outcomes of such proceedings will not be overturned on appeal by the institution or court.

To avoid injecting bias into sexual misconduct adjudications on New Jersey campuses, S. 2469 must be amended to ensure that while trauma-informed trainings may be provided to first responders, university personnel who adjudicate sexual misconduct allegations do not receive those trainings.

Allowing bias into the adjudication process harms not only respondents, but complainants as well. As we have previously written, “procedures that are unfair to the accused actually harm the long-term interests of victims of sexual assault, because they damage the credibility of campus proceedings and diminish public confidence in their results.”

Further, fairness in the adjudication process ensures the outcomes of such proceedings will not be overturned on appeal by the institution or court — a result that would force the complainant to go through the process again. Due process protections serve the interests of the respondent, the complainant, and the public.

As always, FIRE stands ready to assist legislators and improve this bill so the rights of students and faculty are protected on college campuses.