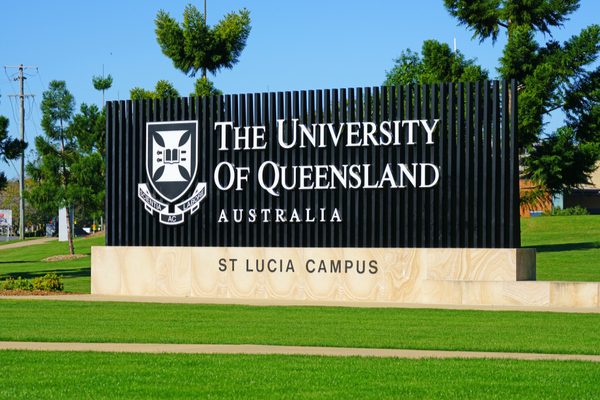 Last week, Human Rights Watch released a troubling new report that examined the effects of Chinese surveillance and censorship laws on Chinese international students studying in Australia. The findings are worrisome, to say the least.

The report, “‘They Don’t Understand the Fear We Have’: How China’s Long Reach of Repression Undermines Academic Freedom at Australia’s Universities,” suggests that self-censorship may be the norm, not the exception, for Chinese students studying abroad, and the growing influence of China is presenting new and difficult challenges for international higher education. While the report focuses on censorship in Australian institutions, U.S. universities — increasingly facing similar problems — should take note.

To compile the report, HRW conducted interviews with 48 individuals — including 22 academics and 24 international students studying at Australian universities, 11 from mainland China and 13 from Hong Kong — who support pro-democracy activism.

Universities must take seriously the new challenges they face as they continue to grow into global institutions that host students and faculty from around the world and expand their own programs and operations into countries like China.

HRW found that “[m]ore than half of faculty interviewed, selected because they are from or specialize in China studies, or teach a large number of PRC students, said they practiced regular self-censorship while talking about China.” Interviewees cited a handful of reasons for self-censorship, including fears that students would record and report their classes, the potential for visa rejections in China, and occasional administrative pressure. One academic even reported being asked to offer a “sanitized” class for students studying at home in China during the pandemic.

International students fared poorly, too. Over half of the students HRW spoke with described facing “direct harassment and intimidation from fellow classmates from China,” including doxing, violence, and threats of being reported to Chinese authorities. Most did not report their experiences to their universities out of fear that their institutional ties to China would bias an investigation into their allegations.

The most distressing accounts came from a small group of students who reported being contacted by authorities in Hong Kong or China. One student from Hong Kong, for example, was questioned about his campus activities multiple times when he returned home in 2019. He is now seeking asylum in Australia:

There were police who stopped me and searched me and asked me a lot of questions about “why you came back?” “Did you do anything about supporting the movement in Australia?” They asked me this at the airport. I told them I’m back for a holiday, I tried to avoid this topic. But the second or third time it happened, I was honest and said, “Yes, I support the movement in Australia, what are you going to do, arrest me?” They then said bad language and asked, “Were you paid from America and the Australian government?” But now the National Security Law was passed in July and so if I went back to Hong Kong now and told them this now, they definitely would fuck me up. That why [sic] I can’t go back now, because I told them this.

Another Chinese student in Australia opened a Twitter account under a pseudonym to post critical commentary about the Chinese Communist Party — and then closed it because of threats to his family:

I started the account because I was in Australia. I thought it was safe here. I thought they wouldn’t be able to trace it back to me. In March 2020 the local police department contacted my parents and asked my parents to come to the police station and issued an official warning and they told me to “shut the fuck up” and that I will pay a very heavy price if I come back home. They said I must shut down my Twitter, stop spreading antigovernment messages and if I don’t cooperate, they may charge me with a crime if I ever come back home. They said I would face a minimum three years. They didn’t call me. Just contacted my parents. So far, it’s ok. I deleted the Twitter account. Because I’m worried about my parents.

The alleged incident, while disturbing, is not surprising. Just last year, FIRE wrote about the case of a University of Minnesota student from China who was arrested when he returned home. His crime? “Provocation” in “more than 40 comments denigrating a national leader’s image and indecent pictures” on a Twitter account he operated while studying in the United States.

Unfortunately, the fear, self-censorship, and pressure described in HRW’s report are experienced at U.S. campuses as well, as FIRE has rigorously documented. In just the past few years alone, professors have needed to make adjustments to classes to protect student privacy and safety, student activists from Hong Kong have expressed fear about protesting on their campuses, campus events about Uyghurs and Hong Kong have faced censorship attempts, and critics of China have experienced unexpected backlash.

As FIRE has warned repeatedly, universities must take seriously the new challenges they face as they continue to grow into global institutions that host students and faculty from around the world and expand their own programs and operations into countries like China.

HRW addresses this need for action in its report, offering recommendations for both university and government officials. The suggestions include:

HRW has already had some success on the recommendation for student anonymity. After the report’s release last week, The Guardian reported that “[t]he chief executive of Universities Australia, Catriona Jackson, confirmed universities were considering best-practice examples from overseas, including at Oxford in the UK and Princeton in the US.” Those examples include efforts pioneered in the past year by professors responding to the challenges posed by online teaching and Hong Kong’s national security law. FIRE has tracked these efforts in a comprehensive resource.

HRW’s report is a must-read for students, faculty, administrators, legislators, and anyone who is concerned about protecting campus speech and academic freedom from the pressures of global politics and cross-border authoritarianism.

If you’re a student or faculty member at a U.S. campus who feels that they cannot speak or teach freely because of the threats or pressure related to China or other governments, reach out to FIRE — we want to hear from you.