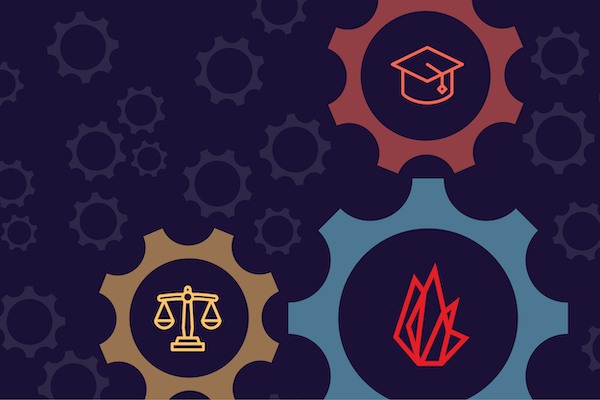 PHILADELPHIA, Dec. 11, 2019 — Innocent until proven guilty? Not on college campuses.

Top universities fail to provide students accused of campus misconduct with fair procedures, according to a new report from the Foundation for Individual Rights in Education.

Most institutions maintain one set of policies for charges of sexual misconduct and another for all other non-academic misconduct, such as theft or physical assault. Notably, of the 22 institutions that received an F grade for their sexual misconduct policies, 17 have been sued by accused students over the lack of fair procedure.

Less than 30% of top universities expressly guarantee the presumption of innocence in all serious non-academic misconduct cases, and less than 60% explicitly require that fact-finders — the institution’s version of a jury — be impartial. Only 28% guarantee a meaningful hearing, where each party may see and hear the evidence being presented to fact-finders by the opposing party, before a finding of responsibility.

Although universities do not guarantee their students fair disciplinary procedures, it’s clear that students overwhelmingly want them to. Each element in FIRE’s report is supported by a majority of college students surveyed by YouGov for FIRE in 2018 about their views on campus due process protections:

This landscape may shift if the proposed Department of Education regulations on Title IX — the 1972 law that prohibits sex discrimination in federally funded educational programs — are enacted. Today, 87% of institutions receive a D or F grade for their failure to protect the due process rights of students accused of sexual misconduct. Enacting only the proposed regulations would raise surveyed universities’ grades to a C or better.

“All over the country, students accused of misconduct on campus routinely face life-altering consequences without any of the procedural protections one would expect in such serious cases,” said Samantha Harris, FIRE vice president for procedural advocacy. “It looks like the Department of Education’s new regulations will ensure greater due process for students involved in certain types of cases, but universities should already be providing these important protections in all cases of serious non-academic misconduct.”

“Spotlight on Due Process 2019–2020” can be read in full on FIRE’s website. For more information about FIRE’s student survey, see “Proceeding Accordingly: What Students Think about Due Process on Campus.”