Free speech on campus was the topic of the day Wednesday at the University of Arizona’s (UA’s) inaugural Constitutional Issues in Higher Education Symposium. 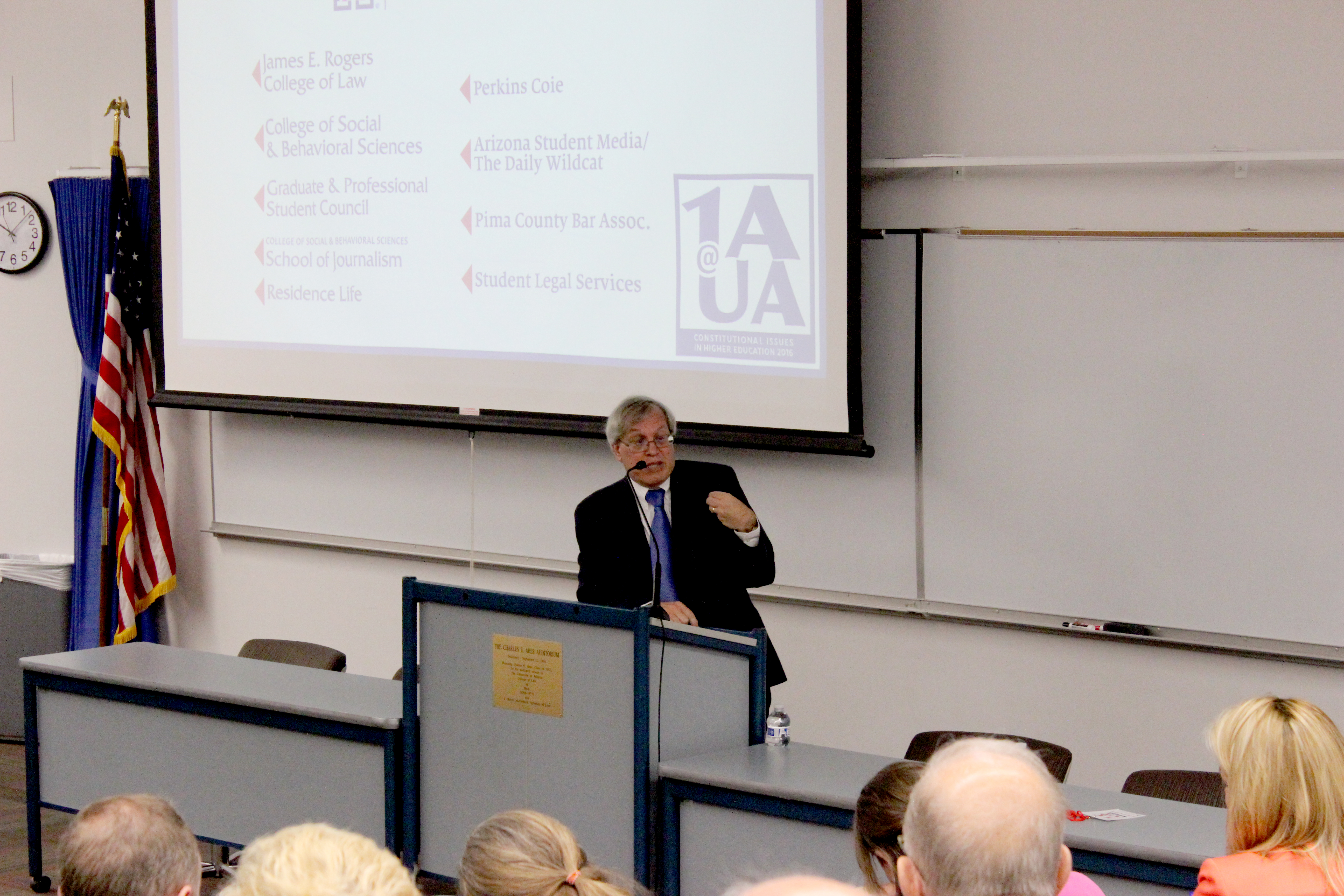 Erwin Chemerinsky, the constitutional law scholar and founding dean of University of California, Irvine School of Law, delivered the keynote address at the day-long event dedicated to exploring “the numerous intersections and tensions that exist in a University community.” The event, which was open to students, faculty, and the public, included breakout sessions on student activism and student press. One panel, “Classroom Environments as a Battleground,” delved into issues surrounding “safe spaces,” “trigger warnings,” and “microaggressions.”

“It was an amazing event,” said the student activism panel moderator Celeste González de Bustamante, an associate professor in UA’s School of Journalism and an affiliated faculty member of the UA Center for Latin American Studies.

“It was such a great opportunity for the university community, for the wider community outside of the U of A, for students, for faculty, to hear really good discussions about these issues of free expression on campus,” González de Bustamante said. 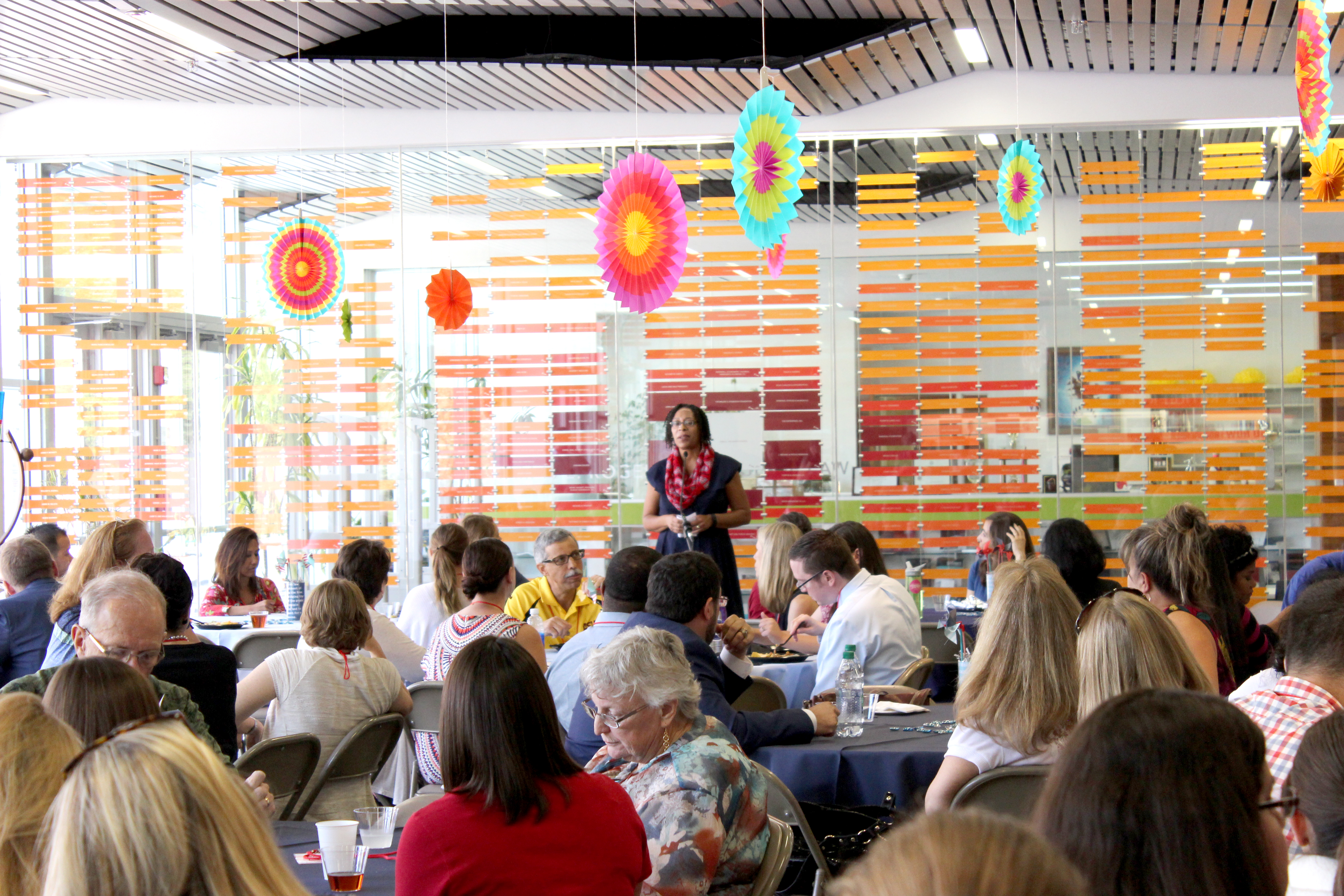 The symposium was the brainchild of Assistant Vice President for Student Affairs and Dean of Students Kendal Washington White, who said she got the idea after attending a conference about legal issues in higher education several years back.

While always on the lookout for ways federal regulations like Title IX and the Americans with Disabilities Act (ADA) impact her work, White told FIRE in an email that “[t]he issue that causes consternation and distress within our community is freedom of expression”:

Throughout the year, the Dean of Students Office receives complaints from students, faculty and staff regarding individuals or organizations with controversial messaging, including preachers, pro-life groups, etc.  We are asked to suspend [or] expel those who are students, and to remove others from campus.

It is challenging for us because we (staff) are personally, professionally, and legally “pro-speech;” however, members of our community view us as supporting the messages of those engaging in controversial speech.

González de Bustamante heard those concerns on her student activism panel, where the panelists discussed recent protests over inclusion on campus.

“On the one hand, I get the sense from them that they feel they have the right and freedom to express themselves within a certain limit. But at the same time, within that ability to have free speech, some of the things they were bringing up [were about] counter speech that was not very civil during a lot of their protests.”

White said her office receives the most complaints about so-called “mall preachers,” itinerant preachers who travel the country visiting college campuses and confronting passersby. She said some students have complained about feeling harassed or frightened, while other student groups choose to harness the power of counter speech:

Our Women’s Resource Center and the LGBTQ Affairs unit [addressed] an itinerant preacher’s “You Deserve Rape” sign by distributing “You Deserve” signs that were completed by students who stood around the preacher and held their signs in silence.  Our students’ signs stated, “You Deserve Love” [and] “You Deserve Respect” among other messaging – it was powerful.

Given these tensions, professor González de Bustamante noted that “the campus climate does not necessarily lend itself to free expression sometimes, ironically.” But, she added, “the university creating this opportunity to have this dialogue shows the campus community and the wider community that they care about issues of freedom of expression and the First Amendment.”

“That, in and of itself, is important.”