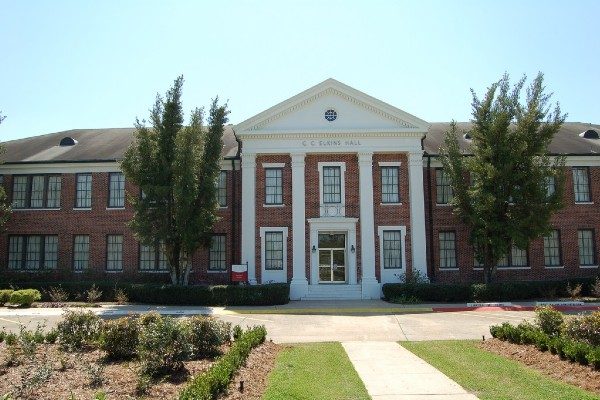 FIRE is calling on Nicholls State University President Jay Clune to take another look at his copy of the Constitution today, after he pledged in a campus-wide email that the university would impose the “harshest action” for any expression that “does not support our values,” claiming that “[f]ree speech does not protect hate speech.”

“While we, as a university, encourage the expression of free thoughts and ideas, Nicholls will not tolerate any form of hate speech,” Clune wrote in a June 8 email to students, faculty, and staff at the public university in Thibodaux, Louisiana. “Free speech does not protect hate speech. We ask that all of our community be mindful of the things they post and how they interact with people on social media.” Clune vowed to respond to hate speech “with the swiftest, harshest action allowed by law.”

While there are a few narrowly-defined categories of speech outside of First Amendment protection — “true threats” and “incitement” among them — “hate speech” is not one of those categories. The First Amendment instead guarantees “freedom for the thought that we hate,” because without that freedom, we risk stifling the kind of discourse our democracy requires. That discourse can, at times, be unpleasant — or worse. In a 2011 ruling, the Supreme Court described our national commitment to protecting “hate speech” in order to preserve a robust democratic dialogue:

Speech is powerful. It can stir people to action, move them to tears of both joy and sorrow, and—as it did here—inflict great pain. On the facts before us, we cannot react to that pain by punishing the speaker. As a Nation we have chosen a different course—to protect even hurtful speech on public issues to ensure that we do not stifle public debate.

As explained in FIRE’s letter, a categorical hate speech exception would have detrimental consequences for activists and academics alike. Consider:

“If words, images, or other expression viewed as ‘hateful’ were unprotected,” Steinbaugh wrote, “it would have an impermissible chilling effect on faculty members’ rights of academic freedom to choose how to present and discuss America’s history of—and ongoing struggle with—racism and discrimination.”

It would also chill speech by student advocates of the same cause.

As we explain in our letter, a commitment to“freedom for the thought that we hate” is particularly important during times of great social upheaval, and especially on campus, because abandoning it will lead to both predictable and unpredictable consequences for students and faculty of all viewpoints:

If the state could punish expression it deems to be hateful, it would imperil a broad range of political speech, and would unquestionably be used against those a “hate speech” exception would be intended to protect. For example, when the University of Michigan briefly enacted a prohibition against hate speech—a measure struck down by a federal court—it was almost universally used to punish students of color who offended white students. Indeed, a century-old Connecticut law banning commercial advertisements with hateful language is now used by police officers to criminally charge people who verbally insult police, including white officers.

In our own work defending faculty and students’ expressive rights, we have seen an alarming increase in efforts to punish the speech of students and faculty of color, as well as their allies, when it is critical of systemic racism. For example, we’ve witnessed a student successfully raise community pressure to investigate an adjunct lecturer who criticized racism and warned that some white people “may have to die for Black communities to be made whole in this struggle to advance to freedom,” such as Heather Heyer, murdered at Charlottesville by a white supremacist. We have also seen similar pressure on universities to investigate or punish faculty who criticized gentrification, called on others not to help those in power “who practice bigotry,”  or lampooned the white nationalist theory that miscegenation amounts to “white genocide.”

This pressure on critics of racist ideology and expression is not limited to faculty members. We have also seen a student newspaper at a public university lose its student funding after a student group, complaining of “fake news,” mounted a campaign to encourage students to vote against renewing the newspaper’s funding.  Not coincidentally, the campaign began after the newspaper published an article revealing that a member of the student group had crafted flyers nearly identical to those of American Vanguard, a white supremacist group.

While you might object that you would not act in the same manner as some of these examples, the First Amendment “does not leave us at the mercy of the noblesse oblige,” and an unconstitutional grant of authority cannot be left in place merely because its holders “promised to use it responsibly.”  You cannot anticipate now the pressure that other ideological groups, donors, or legislators will bring to bear against speech they view as hateful or contrary to the university’s values, nor can you be sure that your successor would use such an authority as wisely as you might.

Instead of putting stock in censorship, Nicholls State’s president should encourage students to lawfully engage with speech they find objectionable by speaking out against it. As president, Jay Clune may do the same. But as a government actor, he may not silence speech he hates. The First Amendment forbids it.