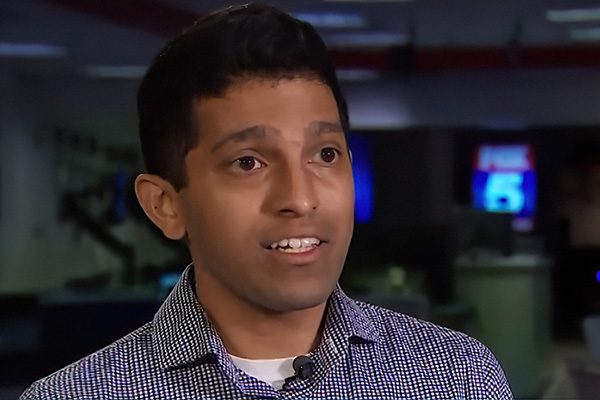 While a student at Northwestern University, Washington Post journalist Fenit Nirappil gained hands-on experience in investigative reporting as he covered the trial of Ariel Gomez for murder. Nine years later, an exonerated Gomez is suing the city of Chicago, and Nirappil’s source materials and documentation have been subpoenaed by Chicago officials in a violation of his First Amendment rights as a former student journalist.

In March of 2012, Nirappil was an undergraduate student journalist at Northwestern. In conjunction with the Medill Innocence Project and other Northwestern students, he helped publish two stories covering the trial of Gomez for a fatal drive-by shooting. Now Nirappil faces a subpoena that seeks his related documents and sources, which cast doubt on the prosecution’s evidence (and in some cases, on Gomez’s story).

Student journalists should be able to engage in investigative reporting without fear of being subpoenaed years down the road.

Underpinning the student journalists’ groundbreaking stories about the Gomez case were in-depth interviews with sources such as the victim’s wife, Gomez’ wife, witnesses to the crime, and crime scene reconstruction experts. Nirappil and his classmates worked for months to piece together their investigations, even flying across the country to Arizona to successfully track down a co-defendant.

Now that he’s been released from prison, Gomez is suing the city of Chicago and the officials who handled his case, alleging gross misconduct and the fabrication and concealment of evidence. As part of their defense, the officials are seeking Nirappil’s confidential source materials from nine years ago.

The Reporters Committee for Freedom of the Press is publicly objecting to the subpoena, arguing that it targets Nirappil’s rights to protect his sources and records, and that the order is procedurally defective, invalid, and improper.

I'm not going to roll over when attorneys for law enforcement come after my reporting notes, even if they were from college a decade ago. Thank you for helping me fight this, @rcfp https://t.co/rF7d7MM3y8

RCFP is right to defend Nirappil from an order that flies in the face of his First Amendment protections. Regardless of student status, a journalist is a journalist, and student journalists should be able to engage in investigative reporting without fear of being subpoenaed years down the road. Journalists, whether in school or not, must be able to keep sources confidential so that breaking news can come to light without repercussions for the people sharing their stories. Any subpoena directed at a journalist that targets confidential sources threatens this essential aspect of journalism.

As RCFP points out, in the Fourth Circuit (which includes Virginia, where Nirappil now lives), journalistic sources and documentation “are protected from compelled disclosure under the First Amendment” except under unusual circumstances, and there’s no exception for the work of student journalists — an issue FIRE has written on before. In 2019, we brought attention to a group of University of Chicago students who were subpoenaed for sources following their coverage of a dispute between the university and a top-dollar donor. As we explained at the time, student journalists provide the same services as professional journalists and navigate the same challenges when it comes to working with sources, and they therefore hold the same rights and privileges under the First Amendment.

Chicago officials should recognize that student journalists maintain a right against compelled disclosure of confidential source materials and withdraw their order.

FIRE has consistently worked on behalf of student journalists to ensure that they have the same civil liberties as professionals. We’re fighting against a directive from Haskell Indian Nations University’s president that forbade student journalists from engaging in routine newsgathering. We defended a Frostburg State reporter whose critical coverage of the school administration led to bogus harassment charges. We’re glad to see that Nirappil and his fellow Northwestern student journalists are pushing back.

When covering any story, including one as sensitive and multi-faceted as a murder trial, journalists have the right to publish only those sources and documents that they consider pertinent. Most federal courts allow journalists to push back against subpoenas. RCFP and Nirappil are fighting to protect a wealth of documentation that attests to the Northwestern students’ capabilities as careful and incisive journalists. The Chicago officials should recognize that student journalists maintain a right against compelled disclosure of confidential source materials and withdraw their order.