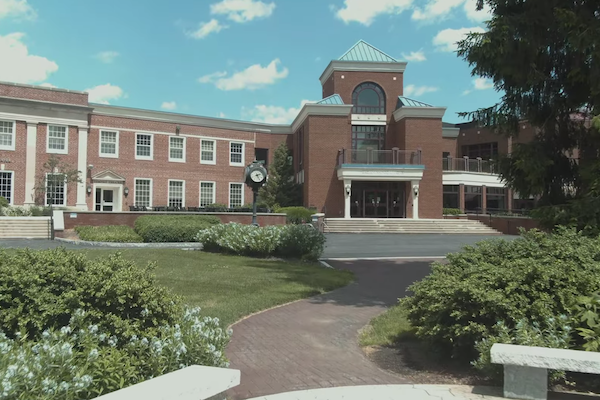 UPDATE (October 21, 2021): Apparently content with its decision to endorse racial discrimination, Elizabethtown College ignored FIRE’s letter calling on the institution to desegregate an event in its discussion series on white supremacy. The next session of the event is scheduled for this evening. We hope the administration will come to its senses and stop its violation of state and federal law by opening the event up to students of all races.

This evening, Elizabethtown College in Pennsylvania is hosting an event that appears to engage in a practice that no American should tolerate at any institution, for any reason: racial segregation.

Etown’s Center for Global Understanding and Peacemaking is hosting an ongoing series to explore “how white supremacy and colonization have functioned in various contexts across the globe and explore how individual empowerment can be used to circumvent cycles and systems of oppression.”

Alarmingly, though, the description of one of the events happening this evening includes the following: “This group will be a space for people who identify as individuals of color.”

Yesterday, FIRE wrote to Etown, calling on President Cecilia McCormick to affirm that no student or faculty member will be excluded from any college-sponsored event on the basis of race. Frankly, it’s a letter that FIRE shouldn’t even have to write.

As my colleague Aaron Terr wrote in yesterday’s letter:

We understand that issues of race and social justice have occupied a prominent place in the discourse on many college campuses and that colleges have a legitimate interest in fostering productive student discussion around these issues. Institutions of higher education have a variety of options to facilitate such discussion. Segregation is not among them. It is settled law that colleges like Etown—regardless of purpose or intent—may not deprive students or faculty of educational resources or opportunities on the basis of their race or ethnicity.

Such segregation is unlawful and suggests that certain students have nothing to gain from an event and little of value to contribute because of the color of their skin.

According to a flyer promoting the event, the college intended the sessions to provide students the opportunity to “[e]ngage with members of the community who share some of [their] experiences and have similar backgrounds.” However, federal law, state law, and even Etown’s own policies forbid excluding students of a particular race from educational programming. Such segregation is unlawful and suggests that certain students have nothing to gain from an event and little of value to contribute because of the color of their skin.

History is full of misguided efforts to deny people benefits or opportunities because of their skin color. Now, as then, it’s clear that racial discrimination must have no place at America’s colleges and universities. And as FIRE’s letter argues, even if organizers did have good intentions to engage in racial segregation, those “good intentions do not make race-based segregation lawful.”

President McCormick has a simple choice: She can allow students of any race, ethnicity, or background to attend what appears to be a discussion about white supremacist ideology — or tacitly endorse racial segregation.