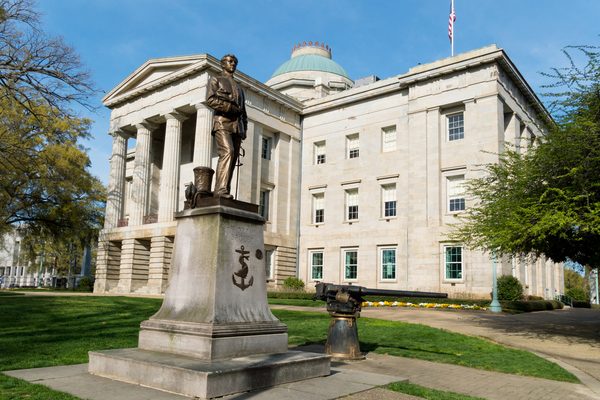 The bill’s regulation of college students’ gender-related expressive activity, under a vague and inherently subjective standard, represents a grave threat to the expressive rights of both students and faculty at North Carolina’s public colleges and universities.

SB 514, introduced Monday, asserts that the sex of a person is either biologically male or female, and “is genetically encoded into a person at the moment of conception, and it cannot be changed.” It requires that:

If a government agent has knowledge that a minor under its care or supervision has exhibited symptoms of gender dysphoria, gender nonconformity, or otherwise demonstrates a desire to be treated in a manner incongruent with the minor’s sex, the government agent or entity with knowledge of that circumstance shall immediately notify, in writing, each of the minor’s parents, guardians, or custodians. The notice shall describe all of the relevant circumstances with reasonable specificity.

The legislation additionally defines “minors” as anyone under the age of 21 — not 18 — implicating the expressive rights of adults at public colleges and universities where they are entitled to full constitutional freedoms. And by making all “government agent[s]” mandatory reporters, university faculty, and even student resident assistants, would be legally required to report “gender nonconformity” violations by adult students. This risks creating a culture of fear around expressing any such “nonconformity” and will almost certainly chill gender-related expressive conduct.

Worse still, while the bill requires that students act in conformity with what it deems to be their “genetically encoded” sex or be reported to their parents, what conduct aligns with — or violates — that mandate is totally unclear and requires subjective determinations from mandatory reporters.

The topic of gender and conformity with its “norms” is not only a hotly debated topic nationwide, but implicates the deeply personal expression of an individual’s identity. Public colleges and universities in North Carolina are bound by the First Amendment to respect students’ expressive rights, which include expressive conduct related to their gender.

Expression of one’s gender through clothing or other perceivable conduct certainly falls under the umbrella of protected conduct.

(As is our standard practice, FIRE does not take a position on the provisions of the bill that do not implicate the student and faculty rights that are within our mission.)

In the 1989 case of Texas v. Johnson, which upheld the right to burn the American flag in protest, the United States Supreme Court held that freedom of expression “does not end at the spoken or written word,” and that conduct is expressive when it is “intend[ed] to convey a particularized message [likely to] be understood by those who viewed it.” This includes messages expressed through music, paintings, parades, and clothing. In 1995’s Hurley v. Irish-American Gay, Lesbian & Bisexual Group, the Court affirmed that conduct is expressive for the purposes of the First Amendment even if it does not convey a “narrow, succinctly articulable message.” Expression of one’s gender through clothing or other perceivable conduct certainly falls under this umbrella of protected conduct.

Because the risk of chilling expression around gender nonconformity is so inherent in a scheme that potentially outs gender nonconforming students to their parents against those students’ wishes, FIRE is alarmed at the censorial effect the legislation will produce. 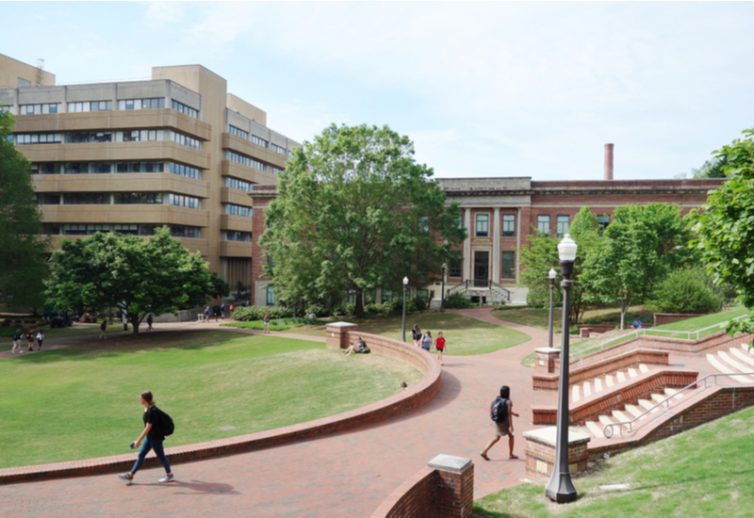 The bill would impact the expressive rights of thousands of students at North Carolina's colleges and universities, like the University of North Carolina and NC State (pictured). (zimmytws/Shutterstock.com)

First Amendment jurisprudence protects anonymity against forced disclosure by government actors out of concern that certain kinds of exposure will undoubtedly chill protected expression. For instance, in NAACP v. Alabama, the Supreme Court protected anonymity due to concerns that government unmasking would result in “public hostility,” observing:

It is not sufficient to answer, as the State does here, that whatever repressive effect compulsory disclosure [. . .] may have [. . .] follows not from state action, but from private community pressures. The crucial factor is the interplay of governmental and private action, for it is only after the initial exertion of state power represented by the production order that private action takes hold.

Additionally, while SB 514 does not ban speech on its face, the reporting requirement would chill protected speech. The chill engendered by reporting requirements can constitute a “direct injury” sufficient to support a legal challenge. In 2019, the United States Court of Appeals for the Sixth Circuit held in Speech First v. Schlissel that the University of Michigan’s bias response team’s “ability to make referrals—i.e., to inform [the Office of Student Conflict Resolution] or the police about reported conduct—is a real consequence that objectively chills speech.” In other words, “[e]ven if an official lacks actual power to punish, the threat of punishment from a public official who appears to have punitive authority can be enough to produce an objective chill.” North Carolina’s reporting requirement provides university staff similar authority and requires them to report protected expression.

Students at North Carolina’s public colleges and universities have First Amendment rights that include the right to engage in expression related to their gender without fear of government monitoring and mandatory reporting.

The propriety of censoring gender-related language, arising in the context of controversial medical treatment for minors, has also recently been adjudicated by a federal court. Late last year, the Eleventh Circuit overturned two Florida laws that banned licensed therapists from recommending sexual orientation change efforts for children struggling with their sexual orientation or gender identity. The holding in the case of Otto v. City of Boca Raton underscored that despite the controversial nature of the therapy, the law discriminated against speech on the basis of its content and could not stand.

“One reliable way to tell if a law restricting speech is content-based,” the Otto court held, “is to ask whether enforcement authorities must ‘examine the content of the message that is conveyed’ to know whether the law has been violated.”

While the ordinances in Otto and the North Carolina bill are on opposite sides of the ideological spectrum when it comes to controversy about gender non-conforming youth, the First Amendment analysis is analogous. Like the Otto statutes, North Carolina’s bill requires an examination of the message a student sends when they express their gender. As the Otto court wrote: “Forbidding the government from choosing favored and disfavored messages is at the core of the First Amendment’s free-speech guarantee.”

That same reasoning can be applied to SB 514. The state cannot favor expression it subjectively deems to indicate “gender nonconformity” and disfavor expression that does not by requiring it to be reported to others.

At North Carolina’s public colleges and universities, students have First Amendment rights that include the right to engage in expression related to their gender without fear of government monitoring and mandatory reporting. Legislation that would so predictably chill speech must not become law. The alternative would violate students’ fundamental rights.