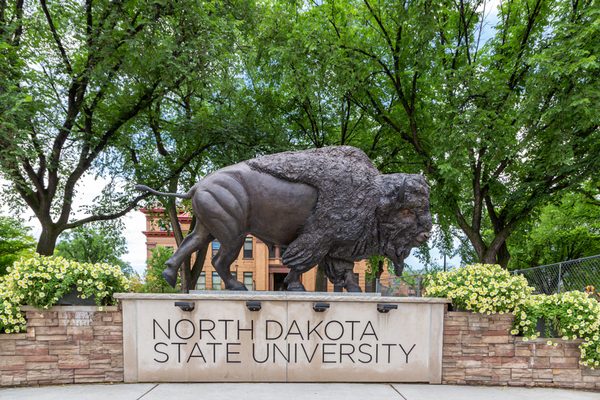 In May, North Dakota’s governor signed into law a proposal conditioning some funding to state universities and colleges on their promise not to associate with people or organizations that promote abortion, and not to “participat[e]” with any organization that distributes materials that do not give “preference” to “normal childbirth.” That law, contrary to a flawed opinion recently issued by the state’s attorney general, violates the First Amendment rights of students, student organizations, and faculty.

The law, as amended by Senate Bill 2030, conditions millions of dollars in grant funding on the requirement that the university or college is not:

[S]ponsoring, partnering with, applying for grants with, or providing a grant subaward to any person or organization that performs, or promotes the performance of, an abortion unless the abortion is necessary to prevent the death of the woman, and not participating or sponsoring any program producing, distributing, publishing, disseminating, endorsing, or approving materials of any type or from any organization, that between normal childbirth and abortion, do not give preference, encouragement, and support to normal childbirth.

As FIRE wrote in encouraging rejection of the bill:

Under SB 2030, an institution would be unable to fund events dealing with sexuality or legal issues regarding reproductive rights, or even fund a pro-choice speaker, if any of the organizations or individuals involved took favorable views on abortion. The institution is also forbidden from financially supporting any event where any of the participants disseminate pro-choice literature.

If SB 2030 were enacted, North Dakota institutions would be forced into conflict with governing state law. 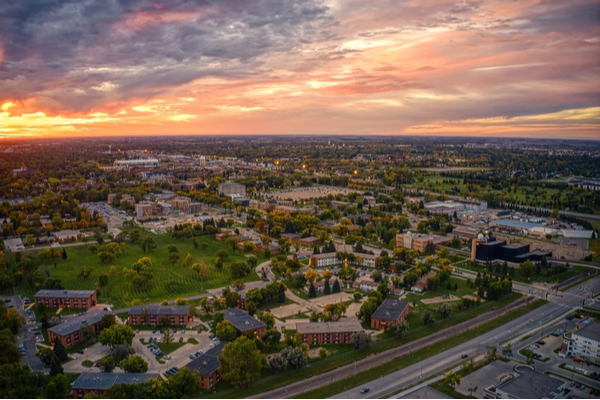 After FIRE urged the governor to veto the unconstitutional provisions, he used a line item  veto on one of the most troubling aspects of the bill — a provision that would have imposed criminal penalties for entering into prohibited contracts — but enacted the balance of the bill, which is now enshrined in law.

The North Dakota University System — to its credit — sought clarification on the scope of the law from the state’s attorney general, who issued a Nov. 3 opinion attempting to shore up the statute’s constitutionality.

The opinion also concedes that the statute could reasonably be read to bar relationships with groups that “publish advocacy or educational materials which discuss abortion without giving the required statement preferring natural childbirth over abortion.”

Those “plausible readings,” the attorney general opines, “may require” North Dakota’s public universities and colleges “to police faculty and student scholarship and research, student internships, textbook choice by faculty, and student and faculty advocacy on issues such as access to abortion” in violation of the First Amendment.

That’s a remarkable concession. It means that under the plain language of the statute, a significant amount of a public university’s funding would depend on its administrators’ willingness to “police” core academic, social, and political speech by students and faculty. One would hope that university administrators would make the correct choice, given that the Constitution compels them to avoid policing protected speech. But if that were consistently so, FIRE wouldn’t exist.

Notwithstanding these considerable limitations, the attorney general says the law can be salvaged through a narrow reading. The opinion urges, with emphasis added:

As a result, it is my opinion that the requirement should be interpreted as follows: 1) no funds may flow directly from NDUS institutions to persons or organizations which perform or promote the performance of abortion unless the abortion is necessary to prevent the death of the woman, whether by contract, grant, grant subaward, or otherwise, except ordinary and neutral payments to support internships or other educational opportunities; and 2) [North Dakota’s universities and colleges] may not enter into any contract or other agreement which would explicitly result in participation in or sponsorship of any program which produces, distributes, publishes, disseminates, endorses, or approves materials that, between normal childbirth and abortion, do not give preference, encouragement, and support to normal childbirth. These elements do not, and cannot, include any measures which would violate academic freedom or student free speech or expression, or the first amendment rights of the public.

Exactly how that reading wrestles the statute into compliance with the First Amendment is less than clear. It appears to simply restate the statute’s language without grappling with how it would limit speech, assuming that if the law limits only expenditures and contracts, that won’t put administrators in a position where they would have to police expression.

But that doesn’t avoid the problem because the determination of whether an expenditure or an “agreement” is lawful is still based on the expression or views of the speaker. For example, whether a faculty member could pay even a de minimis honorarium to a guest speaker would depend on the guest speaker’s views. And, for that matter, a university could not employ (and thereby provide state funds to) a faculty member who “promotes” abortion, whether they do so as a private citizen or through their academic research.

So, too, would the “narrow” reading limit student speech protected by the First Amendment. For example, the law’s plain language restricts a university from entering into an “agreement” to provide a room for a student organization attempting to host a debate between pro-life and pro-choice speakers, even for free, if one of those speakers “endorses” materials that give a disfavored view of abortion.

These activities are all protected by the First Amendment, which shields the right of students to access university resources on a viewpoint-neutral basis, the right of students and faculty alike to invite speakers whose views may be disapproved of by others, and the rights of faculty members to engage in academic speech or to speak as private citizens.

FIRE is frequently called on to defend the rights of students and faculty — whether pro–life or pro–choice — when their ability to discuss the issue is threatened.

Each of these are also protected by North Dakota’s new campus free speech law — enacted by the very same legislature that adopted SB 2030. That statute protects, among other things, the right of students and faculty to invite speakers to campus without being subject to viewpoint discrimination, which is inherently in conflict with SB 2030. To a certain extent, the attorney general wrote the opinion with one hand tied behind his back. The attorney general’s role is to defend plausibly constitutional statutes from legal challenges. Accordingly, as a general rule, the attorney general will begin with the assumption that a statute is constitutional and won’t declare otherwise unless it, in his view, is “clearly and patently unconstitutional.”

But the First Amendment imposes a more rigorous scrutiny than the attorney general’s approach allows. While the attorney general is obligated to presume that the statute is constitutional, courts will presume that it is not constitutional because it regulates speech based on its content — and the law will not survive judicial scrutiny if it reaches a substantial range of protected speech, which it does.

While North Dakota’s university leaders deserve credit for seeking a narrower construction of the law, the attorney general’s opinion does not render the statute constitutional — and no statute can authorize a university administrator to violate the First Amendment.

Universities and colleges should be places for uninhibited debate about matters of public importance — including abortion, among the most contested issues in the country. FIRE is frequently called on to defend the rights of students and faculty — whether pro–life or pro–choice — when their ability to discuss the issue is threatened. North Dakota’s law poses exactly that kind of threat.

If your First Amendment rights as a student or faculty member are threatened by this law, please get in touch with FIRE.