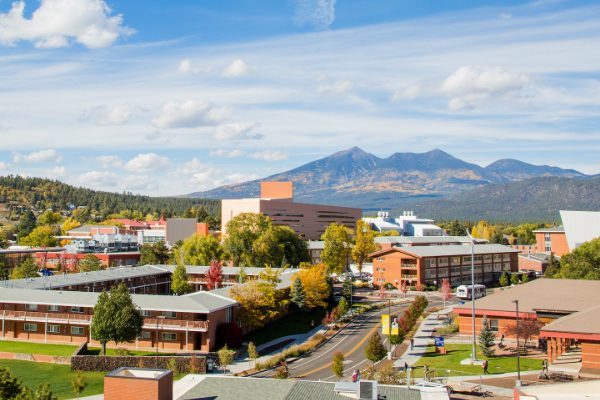 FLAGSTAFF, Ariz., Feb. 26, 2019 — While 9 in 10 colleges around the country restrict free speech, all rated universities in Arizona have earned the highest free speech rating from the Foundation for Individual Rights in Education. Northern Arizona University recently revised its computer use policy, becoming the 48th institution to earn FIRE’s highest, “green light” rating for free speech in FIRE’s Spotlight database.

“Our university is a place of free thought, free speech, and freedom of expression. We uphold these values through our policies, and our practices,” said NAU President Rita Hartung Cheng. “Welcoming a diversity of opinions is a fundamental aspect of the learning experience. Expressing and testing our ideas in conversation, discussing both the issues of our time and the issues of all time, being open to intellectual challenge and response, and learning from each other are the hallmarks of our university community. I am thankful for FIRE’s review of our policies and their collaboration to ensure we continue to foster freedom of speech.”

For the first time, the number of students at green light schools nationally topped 1 million.

“FIRE is proud of the leaders at these 48 institutions who stood up for student speech — and, in doing so, defended the voices of more than a million students,” said Azhar Majeed, FIRE’s vice president of policy reform. “We call on university leaders across the country to follow the example set by these schools and reform their policies that silence speech on their campuses.”