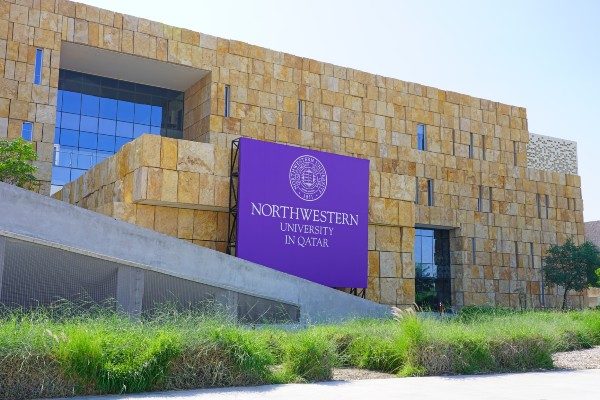 FIRE has repeatedly questioned American universities’ ability to uphold values of freedom of expression and academic freedom on satellite campuses or in programs in countries with severe restrictions on expression.

This week, Northwestern University in Qatar has given good reason to raise this question again as it announced the cancellation of an event on “media revolutions in the Middle East” featuring Lebanese indie rock band Mashrou’ Leila, whose lead singer is openly gay.

Reuters reports that “[c]ritics used an Arabic hashtag on Twitter to demand the event be canceled, with some accusing Mashrou’ Leila and Northwestern of spreading views that are against Qatari and Islamic values” and others stating that they “opposed same-sex relationships.” Reuters also noted that gay sex is punishable with imprisonment in Qatar.

Northwestern Director of Media Relations Jon Yates told Reuters that “[t]he decision to relocate was made out of abundance of caution due to several factors, including safety concerns for the band and our community.”

The event will instead take place on Northwestern’s U.S. campus, so that Mashrou’ Leila’s “ideas and art could be heard,” Yates said, citing the university’s commitment to academic freedom in both the United States and Qatar. The Daily Northwestern reported that Yates’ statement also noted that Northwestern hopes the “event will facilitate a larger discussion…about aspects of civil liberties and freedom of expression that are not always open to such discussions in all parts of the world.”

FIRE is pleased that Northwestern at least worked to find an alternate venue, reportedly in agreement with Mashrou’ Leila. Relocation is undoubtedly preferable to total cancellation. But this incident should inspire Northwestern’s administration to seriously consider whether it can deliver what it promises students who matriculate at its Qatar campus.

NU-Q’s website lists among the rights of community members the “[f]reedom to communicate, assemble and peaceably demonstrate” and the “[f]reedom to join organizations, to speak freely, and to exercise one’s civil rights as long as the student does not claim to represent the institution.” These are noble goals — and fundamental to a comprehensive education — but only to the extent that NU-Q can achieve them. (You can find free speech promises from dozens of other American satellite campuses on FIRE’s satellite campus database.)

Northwestern has now shown that it may respond to backlash on its Qatar campus by moving its own events to its American campus instead. Students at NU-Q might reasonably now wonder what will happen when it’s their events, words, or protests that invoke backlash. Will Northwestern advise them to instead speak somewhere else, too?

FIRE also asked these questions of Georgetown University in Qatar, which cancelled an October 2018 campus debate about the portrayal of god as a woman after a social media backlash. Like NU-Q, GU-Q makes a strong commitment to freedom of speech.

GU-Q initially argued that “the event was not sanctioned by the University and did not follow the appropriate policies for activity approval.”

But its Office of Communications later released a statement claiming that the “recently planned installment of the Pardon the Interruption student debate series at Georgetown University-Qatar (GU-Q) was cancelled after it failed to follow the appropriate approval processes and created a risk to safety and security of our community. GU-Q is committed to the free and open exchange of ideas, while encouraging civil dialogue that respects the laws of Qatar.”

As we pointed out at the time, blasphemy is illegal in Qatar, and a discussion about god as a woman could conceivably violate local law.

Georgetown doubled down on its behavior, despite earning a spot on FIRE’s 2019 “10 worst” list.

Northwestern and Georgetown’s stated interest in protecting expressive rights on their Qatar campuses is laudable — but not if those promises exist in rhetoric rather than reality. And as more campus events are cancelled, it gets harder to believe that these promises can be consistently put into practice.