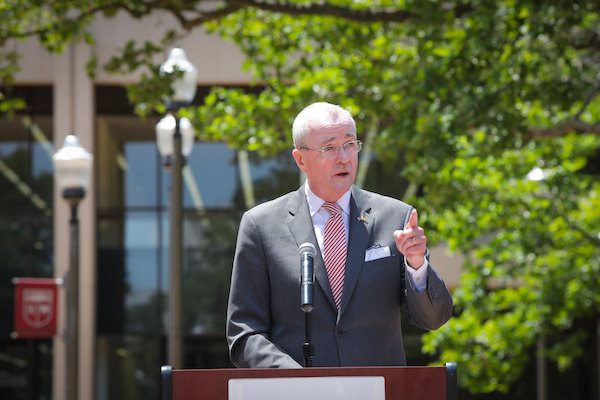 In 2021, FIRE was pleased to see the New Jersey Legislature overwhelmingly pass Senate Bill 108, a bill designed to protect student journalists, but we are a bit less excited about its recent enactment after last-minute changes to the text.

The legislature first sent the bill to Gov. Phil Murphy’s desk in June, but he returned it to the legislature using a conditional veto, which gave the legislature a choice: Accept amendments offered by the governor, attempt to override the veto, or let the bill die. Murphy’s conditional veto sought two changes, which were accepted in late December. One was a welcome addition, but the other, which added “profane” speech to the list of unprotected student expressions, introduced an unfortunate problem that the legislature should immediately address.

The law, modeled after the Student Press Law Center’s “New Voices Act,” attempts to protect the “speech rights of student journalists at public schools and public institutions of higher education.” The K-12 portion of the bill aims to legislatively reverse the effects of Hazelwood v. Kuhlmeier, which allows K-12 school administrators to subject certain student publications to prior review and restraint before publication.

Versions of the SPLC legislation that address institutions of higher learning, including New Jersey’s, seek to stop the proliferation of the holding in Hosty v. Carter. In Hosty, the U.S. Court of Appeals for the Seventh Circuit applied the reasoning in Hazelwood to higher education, even though student journalists in college — unlike their K-12 counterparts — are typically adults, and the First Amendment applies in full force at public institutions of higher education.

FIRE’s interest in the legislation, in keeping with our higher education-centered mission, is focused on its applicability to colleges and universities. With the enactment of S108, New Jersey became the 15th state to pass a law protecting student journalists from administrative censorship.

The first of the governor’s changes applies to K-12 administrators who exercise the limited authority to review student media for content that is unprotected under the First Amendment. FIRE welcomes this change, as it requires administrators to clearly explain the reason for the prior restraint of a student publication.

Yet the second change, in which the governor added “profane or obscene” to the categories of expression not required to be protected by the act, is problematic. The original list of unprotected expression included libel, slander, and incitement — all forms of expression that the U.S. Supreme Court established as falling outside the realm of First Amendment protection. While the governor’s addition of “obscenity” is not a problem because obscene content (actual obscenity, not “swear words”) is also unprotected, the inclusion of “profane” speech is a clear affront to students’ free speech rights.

In Cohen v. California, the Supreme Court overturned the conviction of a Vietnam protester arrested for entering a county courthouse wearing a jacket bearing the words “Fuck the Draft.” The Court wrote, “the particular four-letter word being litigated here is perhaps more distasteful than most of the others of its genre,” but “it is nevertheless often true that one man’s vulgarity is another’s lyric.”

Further, in Papish v. Board of Curators of the University of Missouri, the Supreme Court held “the mere dissemination of ideas — no matter how offensive to good taste — on a state university campus may not be shut off in the name alone of ‘conventions of decency.”’ In Papish, the Court reversed a graduate student’s expulsion for distributing a newspaper with allegedly indecent material, including an article with a profane title and a political cartoon “depicting policemen raping the Statue of Liberty and the Goddess of Justice.”

FIRE urges the New Jersey Legislature to promptly enact new legislation that amends the law by removing the word “profane” from the list of exclusions.

As such, FIRE urges the New Jersey Legislature to promptly enact new legislation that amends the law by removing the word “profane” from the list of exclusions. This simple amendment would ensure that New Jersey public institutions will not violate the First Amendment rights of their student journalists.