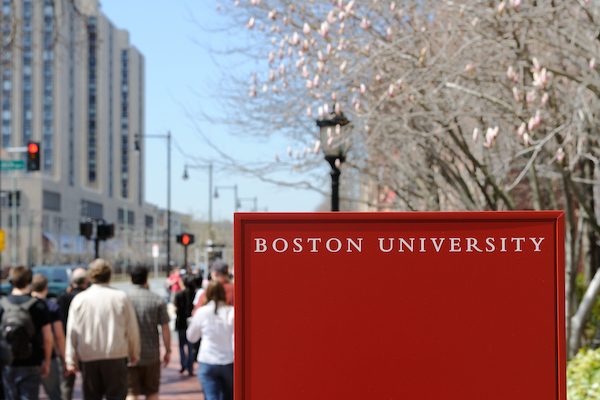 Speech is not free when it is compulsory. This basic principle appears to be lost on Boston University.

FIRE has twice written to BU, objecting to antiracism initiatives that compel speech from theatre faculty and interfere with their pedagogical autonomy. These initiatives include mandatory diversity statements on syllabi and a requirement that faculty teach material “through an actively antiracist lens.” Disappointingly, BU has ignored our letters.

While waiting for a response, we discovered yet another way in which BU is violating its faculty’s right to be free from compelled speech. As reported by the Washington Free Beacon, BU’s mandatory training on preventing harassment and discrimination requires faculty members to express views which they may not hold.

FIRE sent another letter to BU today, calling on the university to either make the training optional or offer a different training that does not infringe on faculty members’ rights to free expression guaranteed by BU policy.

Earlier this year, FIRE addressed a similar situation at the University of Oklahoma, which uses a diversity training module provided by EVERFI, the same education vendor that developed BU’s training. As my colleague Sabrina Conza wrote, universities have some leeway to require students or faculty to participate in training sessions without implicating their expressive rights. A training may simply communicate the university’s views, for example, or test students or faculty on their understanding of institutional policies.

But BU’s training, like OU’s, goes further by compelling faculty to express specific viewpoints that may conflict with their personal beliefs.

While BU presents the training as covering the topic of preventing sexual misconduct, much of the training is unrelated to that topic. EVERFI’s description lists, among the training’s learning objectives, “creating a culture that promotes respect and professionalism with bystander intervention strategies and active allyship at the core.” And the training, in part, pursues that objective by asking participants opinion-based questions about these concepts and leaving them no choice but to select the response designated by the university as correct.

For example, one question presents the following hypothetical scenario:

You overhear Adea talking to Lucy, who has recently announced she’s pregnant. Adea knows that Lucy is married to a woman, Zaineb. “Wait . . .” Adea says. “So how did you get pregnant then? Was it like a friend or a donor or something? Do you do IVF?”

The module then asks the user what they “should” do and gives two options:

If the user selects “Wait for Lucy to respond,” a message with the heading “Not Quite” appears, and says: “It’s inappropriate for Adea to ask a colleague invasive medical questions. Try again.” The user can continue with the module only after choosing the “Intervene” option. So not only are faculty members required to agree that Adea’s speech is inappropriate, they must further agree that they should interrupt the conversation to interject their opinion.

This is one of several questions that involves subjective beliefs or ethical judgments — as opposed to official BU policies or relevant law — and requires the participant to choose a specific response, even if it doesn’t reflect the participant’s actual beliefs.

But BU’s promises of free expression and academic freedom preclude mandatory affirmation of university-approved viewpoints. Recognizing that free speech is “central” to its mission, BU’s Statement on Free Speech and Expression proclaims the university has a “responsibility to allow and safeguard the airing of the full spectrum of opinions on its campuses and to create an environment where ideas can be freely expressed and challenged.” BU’s faculty handbook likewise protects academic freedom as “essential in institutions of higher education if they are to make their proper contribution to the common good.”

Something is rotten in the state of Massachusetts.

Freedom of expression also entails the right not to speak. The U.S. Supreme Court elucidated this principle over 70 years ago in the landmark case of West Virginia Board of Education v. Barnette, overturning a regulation that required schoolchildren to salute the flag. The court took issue not with the teaching of patriotism or national traditions, but rather with a rule that would compel a student “to declare a belief” and “to utter what is not in his mind.” A rule like that “would strangle the free mind at its source.”

While Barnette and other First Amendment cases are not binding on BU as a private institution, they provide a baseline for what a faculty member would reasonably expect from a university that, like BU, promises freedom of expression. A university that promises to “allow and safeguard the airing of the full spectrum of opinions” is the last place where dissent should be stamped out.

BU must make either the training or its questions optional, or offer a training that permits faculty members to continue after selecting answers that best match their views, even if they differ from those held by the university.