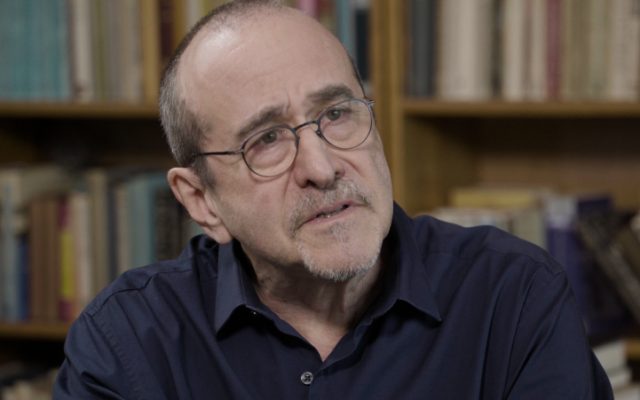 Mark Crispin Miller is a tenured professor in the Department of Media, Culture, and Communications at New York University and has been on the faculty there for more than 20 years. He has been a vocal commentator on — and critic of — a broad range of topics, from NYU’s plans to redevelop the Village to the American political system. Professor Miller has long been outspoken. Now, he finds himself under investigation for his controversial course content and protected extramural expression on his personal blog.

Contrary to the faculty members’ assertion in their letter, Miller’s teaching and extramural expression are squarely protected by his right to academic freedom.

This semester, Miller taught a section of his NYU propaganda course. In September, a class session focused on campaigns promoting mask-wearing as a means of limiting the spread of the novel coronavirus. After a student took issue with some of Miller’s in-class statements and the sources he cited, she took to Twitter calling for him to be fired. Miller’s department chair, Rodney Benson, replied to the student’s posts and indicated that the department had made her concerns a priority.

On Oct. 6, Miller responded on his personal blog, outlining the material he shared in his course, noting the criticism he received, and expressing concerns — which FIRE shares — about the threat to academic freedom posed by investigations into course content. He also shared a petition asking NYU to affirm his right to academic freedom, which has garnered more than 17,000 signatures.

Then, on Oct. 21, several faculty members of the media department penned a letter to Dean Jack H. Knott and Provost Katherine Fleming calling on them “to publicly support the NYU community and undertake an expedited review . . . of Professor Miller’s intimidation tactics, abuses of authority, aggressions and microaggressions, and explicit hate speech, none of which are excused by academic freedom and the First Amendment protections.” However, the letter itself contained no specific allegations of policy violations, focusing instead on “the way in which [Miller] engages discussion around controversial views and non-evidence based arguments”; his petition, which they characterize as an “email campaign against the department”; and others’ negative responses to the student’s criticism of Miller’s course.

On Oct. 29, Dean Knott launched an investigation into Miller based on the letter.

While faculty members are free to express criticism of their fellow faculty, administrators must not investigate faculty without credible allegations of policy violations. These investigations lead to uncertainty about what kinds of activity and expression may subject faculty to discipline, creating an impermissible chilling effect on teaching and expression. Further, while the media faculty members’ criticism is likely protected expression, it’s unwise for faculty to align themselves with administrators against another faculty member’s academic freedom at a time when calls for faculty to be terminated are coming from all angles.

Contrary to the faculty members’ assertion in their letter, Miller’s teaching and extramural expression are squarely protected by his right to academic freedom, and he cannot be held responsible for the behavior of unknown third parties online.

NYU makes strong promises to its faculty that they enjoy academic freedom — including the freedom to teach. These are laudable promises that protect Miller and all NYU faculty. On Nov. 13, FIRE wrote to NYU to call the university’s attention to this promise, as well as to its legal obligations to adhere to promises it makes to students and faculty, and to ask the university to end its investigation into Miller immediately. NYU failed to respond by our Nov. 20 deadline, and the investigation into Miller remains ongoing.

NYU’s commitment to academic freedom encompasses a broad range of course content that serves “a legitimate pedagogical purpose.” Miller’s discussion of mask efficacy and COVID-19 — and reference to additional sources students could consult — is both timely and pedagogically relevant to his course on propaganda. And Miller’s students, who are adults, are free to come to their own conclusions based on the material presented in class, their own views, and additional sources. This kind of student engagement with class material and different viewpoints, not an investigation by administrators, is the appropriate response to what Miller’s colleagues allege to be the presentation of “non-evidence based arguments” in class.

Further, Miller’s blog defending himself does not amount to unprotected expression. As the Wisconsin Supreme Court indicated in McAdams v. Marquette University — a case remarkably similar to Miller’s, in which a faculty member sued his employer after he was disciplined for a blog post criticizing a student — extramural expression such as a personal blog post rarely ever falls outside the protections of academic freedom.

You can read FIRE’s letter to NYU below: