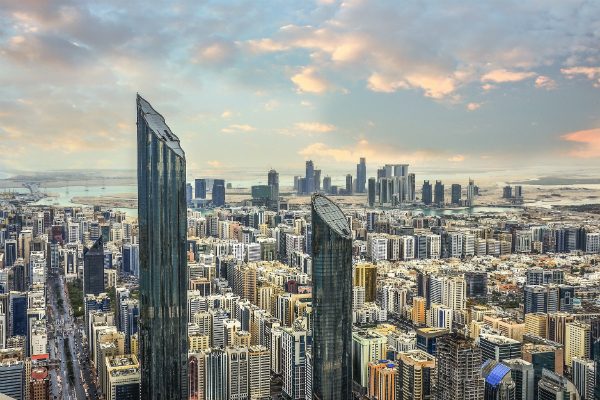 In the aftermath of UK academic Matthew Hedges’ sentencing to life in prison on spying charges in the United Arab Emirates, and subsequent pardon in November 2018, New York University faced tough questions from its faculty and student newspaper about its UAE satellite campus.

During Hedges’ ordeal, over 200 NYU faculty members signed a statement calling on NYU President Andrew Hamilton to “make it clear that the UAE’s treatment and sentencing of Mr. Hedges have grave implications for NYU’s ongoing operation in Abu Dhabi.” The editorial board of the Washington Square News (an NYU student newspaper) added pressure as well, writing that NYU’s “administration must recognize the extra responsibility it takes on by exposing its students to a government that has been consistently proven to inhibit academic freedom in various ways.”

Those concerns have not yet been satisfactorily addressed.

Last week, the Washington Square News released an interview with Hamilton, his first with the paper in three years, about governance of the institution, and the discussion again turned to NYU’s Abu Dhabi campus. Though Hamilton called it “a huge success,” the venture clearly remains a source of contention among the campus community.

The paper noted that prior to “lauding the university’s academic excellence,” Hamilton warned that “NYU would not release the memorandum of understanding, a document outlining the nature of NYUAD’s relationship with the UAE government.”

As FIRE has frequently expressed, American-owned satellite campuses in nations with repressive laws regarding freedom of expression should seriously consider the potential threats to the expressive rights of their communities. In our “Home and Abroad” commitment — which we encourage concerned students, faculty, and alumni to sign — we ask universities to embrace transparency and make public the agreements they sign so that their community members can make more informed choices. NYU’s failure to do so here is disappointing.

The Washington Square News also addressed Hamilton’s perceived silence on human rights in the UAE and the free expression issues posed by NYUAD’s presence in a country with severe restrictions on speech:

WSN also pressed Hamilton on the state of academic freedom in the UAE and at NYUAD. The UAE has strict laws against speaking critically of the government, and the Human Rights Watch 2019 World Report noted the government’s arbitrary detainment or disappearance of citizens who speak ill of authorities. Hamilton said he wasn’t aware of restrictions on conversation at NYUAD.

He dodged the question of whether NYU has policies in place to protect students should they be detained in the UAE.

“The answer to your question is we provide strong support to our students and indeed to our faculty at NYUAD and we provide the kind of access to guidance, to advice — whatever they need when they are working in Abu Dhabi, when they are carrying out research,” he said.

Hamilton’s responses to Washington Square News reporters’ questions do not inspire confidence in NYUAD’s preparedness for the possibility that the UAE will enforce its restrictive laws against NYU students and faculty within its borders.

In their 2018 petition, NYU faculty members called for the university to publicly “establish steps to be taken whenever government officials or policies encroach upon academic freedom of students or faculty at a campus or program site.” This is a wise suggestion and, in light of Hedges’ ordeal, one that NYU should heed.

Universities like NYU that commit to free expression should honor that commitment in the grants and agreements they make with other institutions, including host nations. But if they find that they are unable to do so, at the very least they owe their students and faculty written warnings informing them of the potential consequences they may face for engaging in speech abroad that would be otherwise protected at home