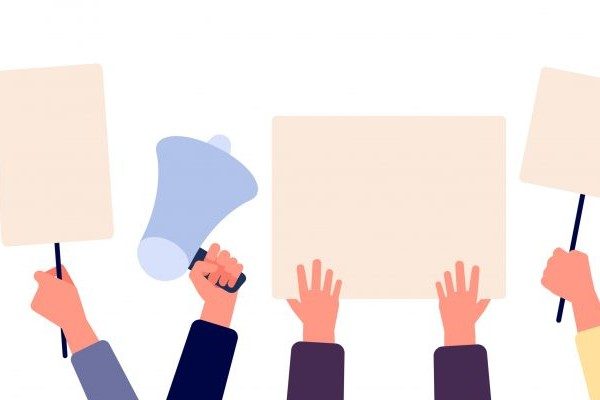 For those on campus, it must be hard to avoid the discussion of politics at the moment, with the presidential election less than a month away and early voting underway across the country. But engaging in various forms of political expression could land students at Bemidji State University in trouble.

At this Minnesota public university, students are told they have to schedule political activity in advance, and are prohibited from putting up political posters anywhere on university property. This policy is FIRE’s Speech Code of the Month for October.

Bemidji State’s “Political Activity” policy defines political activity broadly as “action by a person or persons promoting the candidacy of an individual or group of individuals or favoring a particular position on a public issue,” including “[d]iscussions of candidates or issues.”

If there’s any adult in the United States who hasn’t discussed a political candidate or issue over this past week, I’d be pretty surprised. But Bemidji State burdens this expression, saying political activity “must be scheduled with the appropriate director of the building or area involved.”

And with each day seeming to bring another political bombshell, forcing students to schedule political activity in advance means they miss out on the opportunity to contribute to the discussion as an issue unfolds. Public universities like Bemidji State may place certain “time, place, and manner” restrictions on expression on campus, but burdening political speech in particular is not a reasonable, content-neutral restriction.

This concern isn’t speculative. During the 2012 presidential election, students at Christopher Newport University were prevented from protesting a campus appearance by vice presidential candidate Paul Ryan on the basis that the group had not followed the university’s 10-day notice requirement for demonstrations. Ryan’s Sept. 18 appearance was announced just two days earlier (which is common for presidential campaign events), demonstrating that requiring notice for expressive activity — whether that requirement applies generally or to political activity specifically — prevents students from engaging meaningfully with recent events in the news and on campus.

Of further concern, Bemidji’s policy also states that students can’t put up political signs or posters anywhere on university property, other than meeting announcements from officially recognized political student organizations. So the College Republicans could hang a sign announcing their next meeting, but wouldn’t be permitted to post one that shares the club’s support for Judge Amy Coney Barrett.

Given that students may not be able to assemble in large groups on campuses at the moment in light of COVID-19 public health guidelines, the ability to post flyers about political matters is all the more important, making this restriction particularly burdensome this election season.

We’ve seen this sort of restriction result in censorship before, too — during the 2012 election, an Ohio University student was told to remove a flyer criticizing both President Barack Obama and Gov. Mitt Romney from her residence hall door. Residence hall staff instructed students that “NO political posters/flyers should be hung in the hallways or on you[r] door until 14 days before an election,” claiming this timeframe was dedicated by the school’s “political campaign policy.”

It’s not hard to guess why Bemidji State might be gun-shy about students engaging in political speech.

Most obviously, political speech often causes controversy, and that controversy can spread off-campus, resulting in an administrator’s inbox filling up with complaints from alumni and donors. A policy like this may have been adopted to avoid that sort of backlash, as it could chill political activity before it happens, and be used as a justification to shut down political events or remove political posters after the fact.

Bemidji State must develop more narrow regulations on political expression in order to follow state law requirements and IRS guidelines without infringing on students’ First Amendment rights. The importance of First Amendment protections is “at its zenith” for core political speech, and may not be restricted by public universities and private institutions that promise students free speech rights.