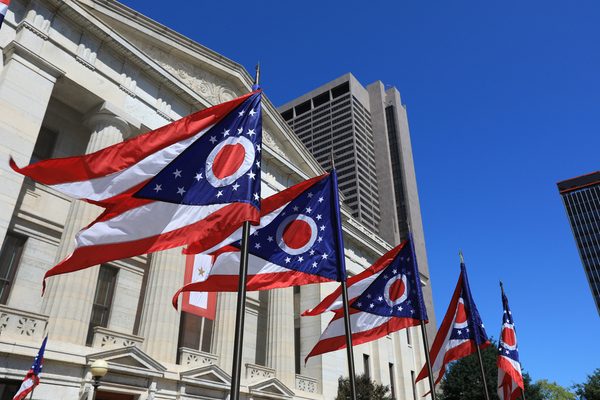 “College students deserve to know that the free exchange of ideas will not be inhibited by campus authorities,” said Tyler Coward, legislative counsel at the Foundation for Individual Rights in Education, a campus civil liberties organization. “FIRE commends the Ohio legislature and Gov. DeWine for ensuring that campus speech rights will be robustly protected in the state.”

SB 40 was sponsored by Sens. Andrew Brenner and Rob McColley. It initially passed the Senate unanimously and earned bipartisan support in the House.

According to FIRE’s Spotlight on Speech Codes 2021 report, approximately 7% of top colleges nationwide maintain a free speech zone, despite the fact that the practice violates the First Amendment. Free speech zones have been repeatedly struck down by courts or voluntarily revised by colleges as part of settlements to lawsuits brought by students, including eight cases in FIRE’s Stand Up For Speech Litigation Project. Since a 2013 FIRE survey of these institutions, the number of schools that maintain a free speech zone has fallen by more than 50%, in part due to FIRE’s efforts.

“Since 2014, FIRE has worked with legislators from all sides to dramatically reduce the number of free speech zones and other restrictions on college students’ expression,” said FIRE Executive Director Robert Shibley. “I’m proud that my native state of Ohio is the latest to join this welcome trend.”

As we have already done with dozens of institutions across the country, FIRE stands ready to assist Ohio colleges as they revise their policies in light of the law’s requirements. This work is performed free of charge to institutions or taxpayers, in accordance with FIRE’s charitable mission.