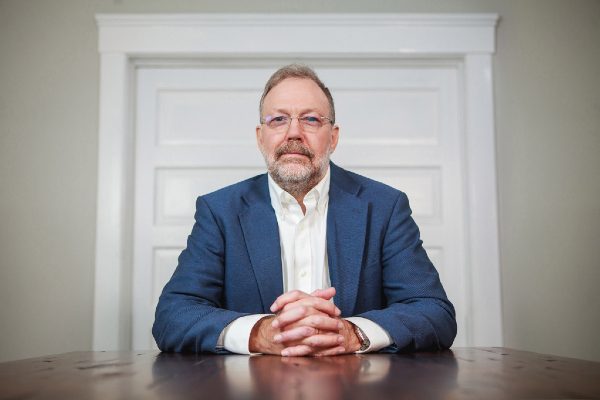 In the spring of 2021, Shawnee State University philosophy professor Nicholas Meriwether won a favorable ruling on appeal in a First Amendment lawsuit against his university. In a unanimous decision, the U.S. Court of Appeals for the Sixth Circuit held that Meriweather sufficiently alleged Shawnee State burdened his rights to freedom of speech and religious expression by insisting he refer to a student using feminine pronouns.

Last week, more than a year after that decision, Meriwether and Shawnee State reached a settlement agreement that awarded Meriweather $400,000 in damages and attorney’s fees.

Meriwether’s ordeal with Shawnee State began in 2018. On the first day of the winter semester, Meriwether answered “Yes, sir” to a question posed by a female-identifying student. According to court documents, Meriwether had no knowledge of the student’s gender identity at this time.

After class, the student requested that Meriwether use feminine pronouns when addressing her in the future. Meriwether told the student that his religious and philosophical beliefs barred him from communicating messages about gender identity that he believes are false. The student became hostile with Meriwether, according to the court’s opinion, and Meriwether reported the incident to the dean of students and his department chair. Officials from Shawnee State’s Title IX office met with the student, and escalated the student’s complaint to Roberta Milliken, the acting dean of the College of Arts and Sciences.

Milliken went to Meriwether’s office the next day and advised him to “eliminate all sex-based references from his expression.” Meriwether said that eliminating pronoun use when teaching would be almost impossible. He then proposed to refer to the complaining student only by the student’s last name. Milliken agreed to this compromise, believing it to comport with the school’s gender-identity policy.

The student continued to attend and participate in Meriwether’s class, earning a “high grade” at the end of the term. But she was not satisfied with the last-name-only compromise, and filed another complaint against Meriwether two weeks into the semester. This time, Milliken told Meriwether that failing to use the student’s preferred gender-identity and pronouns would be a violation of the public university’s policy.

Punished for not using pronouns

Things quickly went south for Meriwether. Later in the semester, the student filed a third complaint against him. This time, Milliken informed Meriwether that were he not to use the student’s preferred pronouns, the university might launch an investigation, and “informal or formal disciplinary action” could follow.

Shawnee State’s Title IX office investigated and concluded Meriwether created a hostile environment, in violation of the university’s nondiscrimination policies. After the report was issued, Milliken informed Meriwether that a formal charge against him would follow. She then recommended a formal warning as disciplinary action.

Meriwether explained to Provost Jeffrey Bauer that he had used the student’s last name and contended, as recounted by the court, that the student’s “access to educational benefits and opportunities was never jeopardized.” He protested that “reasonable minds” should be allowed to differ on a “newly emerging cultural issue.”

The provost rejected these explanations, as well as Meriwether’s request for religious accommodation. He then approved Milliken’s recommendation for discipline, and the school placed a written warning in Meriwether’s file.

Meriwether feared the filed complaint might have negative repercussions if he were to look for another job. Further, he maintained that the threat of suspension or termination meant he could not address a “high profile issue of public concern that has significant philosophical implications.” After going through the internal grievance process at Shawnees State, Meriwether sued.

The Sixth Circuit held that by engaging in the pronoun debate, Meriwether had “waded into a matter of public concern.”

Meriwether alleged Shawnee State’s non-discrimination policy was unconstitutional, that the school had retaliated against him for protected speech, and that it interfered with his free exercise of religion. These rights resonate, among other places, in the academic freedom that faculty enjoy, which the Supreme Court has long recognized is crucial to preserve in higher education. As FIRE’s Greg Gruebel wrote in discussing the case last year, “The judiciary must strike a careful balance between its ‘reluctance to trench on the prerogatives of state and local educational institutions and [its] responsibility to safeguard their academic freedom.’”

The Supreme Court has articulated a two-pronged test for determining whether a public employee’s speech is protected. Speech is protected if it relates to a matter of public concern, and the employee’s First Amendment interest outweighs the government’s need for efficiency as an employer.

The Sixth Circuit held that by engaging in the pronoun debate, Meriwether had “waded into a matter of public concern,”  and Shawnee State could not advance an imperative that could overcome his free speech rights.  The court also expressed reluctance to permit the government to compel the speech of individuals over their objections, and held that Shawnee State violated the First Amendment’s Free Exercise Clause in disciplining Meriwether for not following the university’s pronoun policy.

As more universities add similar provisions to student and faculty handbooks, the issues raised in this case are likely to surface again. FIRE will continue to monitor developments in the ongoing pronoun-use debate.