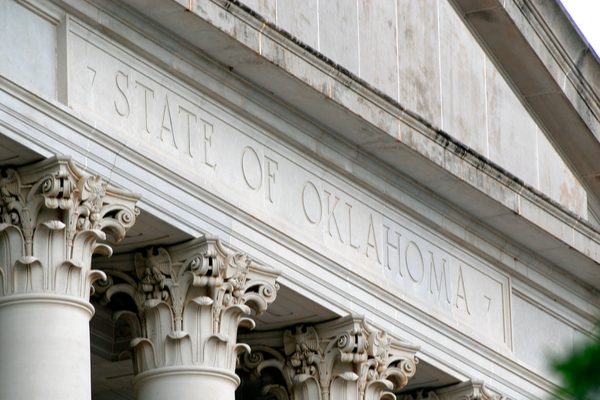 On May 18, Oklahoma City Community College adjunct professor Melissa Smith received an email — her fully enrolled summer course on “race and ethnicities” had been cancelled because it was “facing challenges (and specific complaints) in light of HB 1775.”

In the sociology course, which Smith has been teaching for several years, students “examine[] sociological theories of contact between minority and majority groups in a multicultural society, including topics such as prejudice, discrimination, acculturation, and pluralism.”

In a statement to the Washington Post, college spokesperson Erick Worrell said the course had been cancelled because Oklahoma HB 1775, signed by Governor Kevin Stitt on May 7, “would require substantial changes to the curriculum” for Smith’s course because HB 1775 “essentially revokes any ability to teach critical race theory, including discussions of white privilege” in required courses.

But, as FIRE pointed out in a letter to the college today, the new law doesn’t actually mandate that any college courses be cancelled or their curricula altered.

While HB 1775 banned the teaching of disapproved “concepts” in a “school district, charter school or virtual charter school,” those provisions do not purport to apply to institutions of higher education. The separate section applicable to “institution[s] of higher education within The Oklahoma State System of Higher Education” is intended to prevent mandatory trainings required as a condition of enrolling in classes, not to regulate college course content. In drafting legislation intended to bar K-12 teachers from making certain viewpoints “part of a course,” Oklahoma’s legislature demonstrated that it knew how to describe classes, and chose not to impose the same obligations on institutions of higher education.

Oklahoma City Community College’s broad reading of HB 1775’s provisions addressing institutions of higher education would impose a breathtaking range of censorship of discussions in college classrooms, an interpretation that — if it were accurate — would indeed call into question the law’s constitutionality. The First Amendment does not allow legislators to impose such a “pall of orthodoxy over the classroom.” And, as the United States Court of Appeals for the Sixth Circuit has decided, even expression that some may find “repugnant” in a college classroom is protected by the First Amendment when it is germane to the subject matter of the class. This is particularly true when that expression addresses topics that are “of overwhelming public concern — race, gender, and power conflicts in our society” — many of which are topics Smith addresses in her course.

Melissa Smith’s community college course “Race and Ethnicity” is canceled for the summer while her school evaluates it in light of a new state law that bans teaching critical race theory https://t.co/X7b7V7RJ6b

The basic tenets of academic freedom allow Smith the breathing room to make pedagogical choices concerning the content of her course. “I tell my kids all the time, get comfortable being uncomfortable,” Smith told a reporter for the Washington Post, “[a]nd if I don’t make you uncomfortable in class then I’m not doing my job.”

Further, according to the college, the complaints about the course that the administration alluded to in its May 18 email did not even come from her students.

The college’s spokesperson indicated that this is merely a “pause” on teaching the course and said that cancelling Smith’s summer session will allow them “more time to get this right — or to let the legal issues play out with other universities and colleges before we teach it again in its current form.” This is better than outright cancellation, but still not acceptable. FIRE calls on Oklahoma City Community College to reinstate Smith’s course — and any other course that has been “paused” subject to review as a result of HB 1775.

It bears emphasizing, though, that the college’s misreading of the law and preemptive cancellation of Smith’s course is just another reminder that legislation addressing how educators approach discussions of race and gender is fraught with danger. It must not just be carefully crafted by legislators but also accurately applied by colleges to avoid chilling academic freedom — and, as in this case, getting both sides of this equation right will too often prove difficult or impossible.