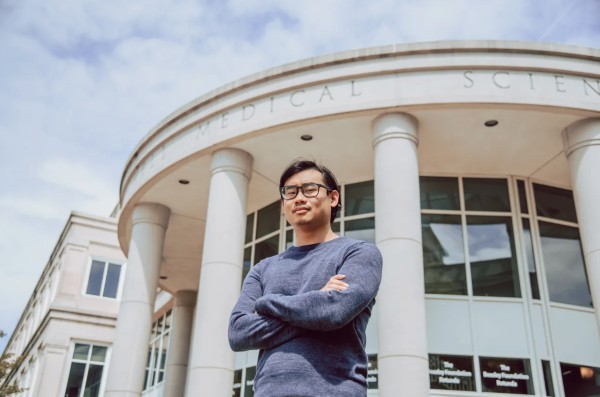 NORFOLK, VA., Aug. 19, 2021 — Student Edward Si tried to start a club to promote single-payer healthcare at Eastern Virginia Medical School for 258 days — to no avail. The public medical school denied his request and ignored him. But one day after the Foundation for Individual Rights in Education filed a lawsuit to assert Si’s rights, the school started listening.

“What a difference a day makes,” said FIRE Litigation Fellow Jeff Zeman. “This is a welcome development, but our work is not done. Until EVMS changes the unconstitutional policies that allow the student government to deny clubs recognition because of their beliefs, this lawsuit will continue.”

Si aimed to establish a chapter of Students for a National Health Program, the student branch of Physicians for a National Health Program which, with chapters at over 100 medical schools nationwide, advocates for a single-payer healthcare program. Recognized clubs at EVMS receive a variety of benefits, including funding eligibility, use of the school’s name and branding, and use of campus facilities.

But the Student Government Association denied the club’s application for recognition solely because the club is based on an “opinion” — despite recognizing other opinion-based groups like Medical Students for Choice and the Christian Medical and Dental Association. Public universities like EVMS are bound by the First Amendment, and it is unconstitutional to deny a student organization recognition granted to others because of its viewpoint.

EVMS’ long-overdue correction doesn’t mean the lawsuit is over. FIRE still aims to remedy the school’s 258-day deprivation of Si and SNaHP’s rights, and to rectify the unconstitutional school policies that grant the SGA the ability to deny some student clubs school resources available to others based on their viewpoint, thereby denying students like Si their Fourteenth Amendment right to due process of law.

“I am excited and relieved that my First Amendment right was finally respected,” Si said. “With that in hand, my fellow students and I can move forward and more freely spread and discuss ideas amongst ourselves, our community, and our nation.”

In December 2020, on behalf of himself and 20 other prospective SNaHP members, Si applied for recognition to the student government. The following month, the SGA denied SNaHP’s application, claiming it “does not want to create clubs based on opinions, political or otherwise, and the mission and goals of your club do not describe what we believe to be necessary or sustainable for a club.” The SGA cited no other reason for the denial.

FIRE sent two letters, on Feb. 2 and March 15, calling on EVMS to end its viewpoint discrimination and recognize the club. The school’s lawyer responded to the first letter by inviting SNaHP to reapply and falsely claiming the club had not submitted a constitution. EVMS did not respond to the second letter.

“This is long overdue, but we are thrilled that Edward’s club is finally up and running,” said FIRE Attorney Greg Greubel. “SNaHP at EVMS can finally establish itself on campus and draw awareness to issues that Ed and his colleagues care about deeply.”