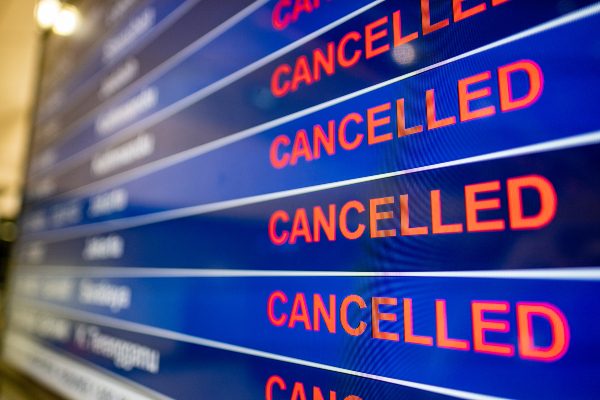 A month ago, I would never have expected a simple scroll through my Instagram feed to yield a stream of black boxes. Yet in the wake of George Floyd’s killing, social media has been awash in content demonstrating solidarity with the Black Lives Matter movement. From #BlackoutTuesday on Instagram to anti-racism guides on Facebook, this cultural conversation has brought out some important First Amendment-protected commentary.

But amongst all this conversation has also been the resurgence of “call-out” or “cancel” culture. As public opinion increasingly turns against racism in all its forms, prominent cancellations have become commonplace. In this latest frenzy, participants in call-out culture seem to have adopted a one-size-fits-all approach to racism. Twitter’s wrath does not differentiate between overt acts of racism and passé views on race that may be taken out of context. A screenshot is a crude medium for detecting racism, failing to detect subtle forms of bias while leaving a wide margin of error.

Last week, Twitter users pounced on a Snapchat video depicting a University of Pennsylvania student using the n-word. Immediately, fellow students and strangers bombarded University of Pennsylvania administrators with emails calling for the student to be expelled. Around the same time, an Oregon State University student-athlete faced similar calls for his expulsion from both the university and the football team when another Twitter user posted audio of him using the n-word. In an apology tweet, the student-athlete explained that the audio captured him, three years ago, doing a satirical impression of a racist southern man.

The unfortunate reality is that those who engage in call-out culture are often indiscriminate in their choice of targets, heedless of the staggering consequences for the individuals involved.

For these two students and so many others, the condemnation was swift and merciless. Both had their personal social media pages trashed. Both faced a barrage of calls for their universities, Greek life organizations, athletic teams, and other affiliations to expel them. Neither was afforded a meaningful opportunity to respond before social media users launched into them. Despite being two very different incidents, both students found themselves in social media purgatory.

Despite the apparent difference in the nature of these two students’ “offenses,” social media users’ reactions to both of them were essentially the same. The unfortunate reality is that those who engage in call-out culture are often indiscriminate in their choice of targets, heedless of the staggering consequences for the individuals involved. Moreover, call-out culture has blind spots; many acts of racism are simply not documented in clearly provable or traceable ways, and we give short shrift to much more systemic and insidious forms of racism when call-outs hog the spotlight. In other words, call-out culture risks mistaking allies for enemies and vice versa.

In an ideal world, we would be having these discussions about our current social systems and how to deal with racism and hatred in more traditional town halls and other public forums. All sides could present their arguments and listen to other proposals, as the best ideas bubble to the top in the marketplace of ideas.

But unlike normal in-person conversations, social media is quite limited in its communicative ability. Some cases of deliberate and malicious racism are open and shut, but 280 characters and a few screenshots do not always do justice to the full — and sometimes crucial — context. While many public conversations today happen on social media, networks’ engagement algorithms encourage pithy one-liners that will catch fire over sound policy debates that few will actually read. Compared to the public square of the past, social media has less potential to be conciliatory and more potential to be vindictive, especially when we are still emotionally raw from George Floyd’s death.

Simply put, those who take part in call-out culture are metaphorically “out for blood” when they remark, “Twitter, do your thing,” in an effort to malign the reputation of alleged racists. As we students — some of the most prolific users of social media — now find ourselves quarantining at home with little to do but use Twitter and Instagram, we must resist the urge to participate in call-out culture.

The deluge of black screens that appeared on social media last Tuesday was a powerful statement of solidarity and the need for change. However, call-out culture is not the most productive way to channel this energy. It is easy to rush to judgment on social media, and the limitations of these online public forums can easily risk alienating well-meaning allies while overlooking more insidious forms of racism and hatred.

Kevin Xiao is a rising sophomore at the Yale University and a FIRE Summer Intern.