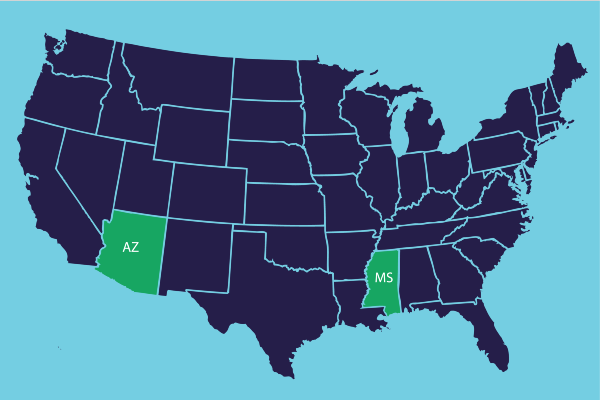 JACKSON, Miss., Dec. 2, 2019 — Jackson State University eliminated or revised all of its speech policies that conflict with the First Amendment, becoming the sixth institution in Mississippi to earn the highest, “green light” rating from the Foundation for Individual Rights in Education. Mississippi is now the second state, after Arizona, to have all of its top universities earn a green light rating from FIRE. Mississippi is also home to more green light schools than any other state except North Carolina.

Only 51 other colleges and universities around the country earn an overall green light rating in FIRE’s Spotlight database. FIRE rates more than 470 institutions nationwide to determine whether their policies restrict speech that is protected by the Constitution. Almost 90% of colleges maintain policies that restrict and chill protected expression.

“Jackson State has been a tremendous partner in our shared vision that universities should be places where free speech is not only permitted, but actively encouraged,” said FIRE Vice President of Policy Reform Azhar Majeed. “The desire among institutions in Mississippi to promote free speech is a win for students in the Magnolia State and an example for college leaders around the country.”

SEE HOW MUCH FREE SPEECH YOUR ALMA MATER RESTRICTS

“The university embraces the rights of our students and faculty to express their thoughts and ideas freely,” said Jackson State President Dr. William B. Bynum, Jr. “Our free speech policies are, now, in alignment to show how much we value this right.”

The green light distinction is currently held by only 52 institutions across the country, which have a combined student enrollment of over 1 million.

Public universities like Jackson State are legally bound by the First Amendment, while private institutions are bound by promises of free speech found in their official policies.

To learn more about the state of free speech on college campuses around the country, see FIRE’s “Spotlight on Speech Codes 2019” report.

WANT TO SEE YOUR STATE ADDED TO THE LIST? CLICK ‘TAKE ACTION’ ON ANY SCHOOL’S SPOTLIGHT PAGE TO DEMAND REFORM