FIRE > Newsdesk > Press Releases > Our resolution: Defend more students and faculty than ever in 2022 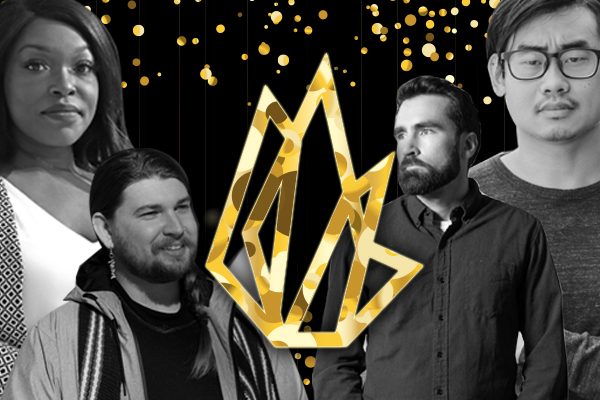 PHILADELPHIA, Pa., Dec. 28, 2021 – ‘Tis the season to reminisce about the old year and ring in the new. While America watches the Times Square ball drop, sips champagne, and sings “Auld Lang Syne,” FIRE will make the same New Year’s resolution we make every year: Use every means at our disposal to successfully defend faculty and student expression on campuses across the country.

In February, FIRE helped pharmacy student Kim Diei file a First Amendment lawsuit against the University of Tennessee. UT investigated her after an anonymous complaint about her sex-positive social media content, and even expelled her from her doctoral program — but reversed this decision when FIRE intervened.

In March, FIRE filed a lawsuit on behalf of student newspaper editor-in-chief Jared Nally against Haskell Indian Nations University and its president, who issued a “directive” forbidding routine newsgathering activities like recording interviews or asking questions of public officials. The directive threatened Nally with discipline if he engaged in these constitutionally protected activities or failed to show members of the Haskell community the “highest respect.” (Now the president is gone, but student rights aren’t!)

In April, FIRE began a media campaign in support of Tom Smith, a University of San Diego School of Law professor investigated by his administration for his online comments criticizing the Chinese government. Two months, two letters from FIRE, and hundreds of emails from FIRE supporters later, the school ended its investigation and concluded that Smith could not be punished for his speech.

In May, FIRE wrote to Rutgers University in support of a student chapter of the Federalist Society asking the Student Bar Association to rescind a requirement that forced student groups to host events through the lens of “Critical Race Theory” in order to be eligible for student fee funding. Less than a week later, the SBA rescinded the requirement, allowing funds to be distributed in a viewpoint-neutral manner.

Less than two weeks later, FIRE also defended Stanford Law student Nicholas Wallace, whose diploma was put on hold after he sent a satirical email lampooning the Stanford chapter of the Federalist Society, Sen. Josh Hawley, and the events of Jan. 6. FIRE’s advocacy and the intense backlash against the university from across the political spectrum resulted in Stanford relenting within hours, and Wallace was able to graduate.

In August, FIRE filed a lawsuit on behalf of Eastern Virginia Medical School student Edward Si, whose prospective club advocating for single-payer healthcare was denied official recognition because it espoused an “opinion.” A day after the lawsuit was filed, EVMS approved Si’s club.

Later that month, FIRE released its Scholars Under Fire report, which tracks censorship attempts against faculty and other scholars. The report showed an alarming 74% success rate for campaigns targeting collegiate scholars for their constitutionally protected speech.

FIRE is responding to these troubling statistics with our Faculty Legal Defense Fund, which offers “first responder” assistance in protecting the freedom of expression and academic freedom held by faculty members at public colleges and universities. So far the fund has successfully worked with more than 20 faculty members, including Coastal Carolina University professor Steven Earnest, who was suspended because he wasn’t sufficiently outraged about an innocuous list of student names on a whiteboard.

In September, we released the 2021 College Free Speech Rankings, the largest survey of campus free expression ever performed — expanded to over 150 colleges.

In October, FIRE examined how Yale Law School pressured a law student to apologize for a Constitution Day “trap house” invitation. (Related: Check out our deep dive into the state of free expression at Yale.)

And earlier this month, we released the latest edition of our Spotlight on Speech Codes report. The report examines the policies regulating student expression at almost 500 colleges nationwide.

In 2022, FIRE will turn up the heat on Emerson College, where administrators charged a student group with bias for handing out stickers critical of the Chinese government. We’ll continue fighting on behalf of Lora Burnett, the former Collin College professor who was terminated after her tweets angered the administration. And we’ll release our annual list of 10 Worst Colleges for Free Speech in February. Stay tuned!

In the meantime, Happy New Year from FIRE! We resolve to defend student and faculty rights day in and day out, until every college campus is a haven for free expression.