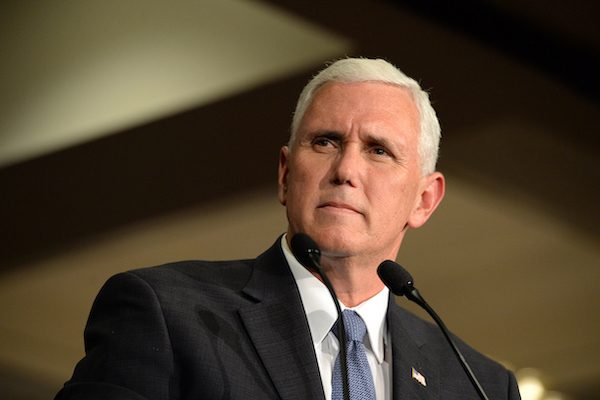 Inviting speakers to campus is a vital part of free expression and intellectual engagement on college campuses. FIRE is concerned by a report that Stanford University’s student government has denied funding for an event, hosted by the university’s chapter of the College Republicans, that would have brought former Vice President Mike Pence to speak. The Stanford Daily reported that the Undergraduate Senate did not authorize the $6,000 the group requested for the event, planned for Feb. 17 of next year.

Exactly why the Undergraduate Senate denied funding is unclear. The Stanford Daily report quotes an anonymous senator explaining that the discussion raised concerns about “student safety, freedom of speech and COVID-19 protocols.” The Stanford College Republicans have charged the denial was viewpoint-based and violates their expressive rights. This morning, the Daily reported that the senate again declined to fund the event, this time in a public vote. Their reasoning, however, remains obscured, with senators reportedly pointing to “general concerns” about the College Republicans and Pence, according to the Daily:

In addition to general concerns with SCR and Mike Pence, senators cited concerns about the spread of COVID-19 and the potential for the event to draw large crowds from outside of the county and state. In SCR’s funding request, the group projected that the event could draw 1,000 attendees. Multiple senators also hesitated to candidly speak about their concerns with the event out of fear of doxxing. SCR has previously publicly attacked and doxxed Stanford affiliates, including undergraduate senators.

One senator who abstained from the public vote said he did so because he did not want “blood on my hands,” a statement long on hyperbole but short on specifics – and strongly indicative of a viewpoint-based approach.

Student groups whose rights are burdened must not have to go through an appeal process — as did the College Republicans.

“I personally voted to abstain from the funding request because I don’t want that blood on my hands,” the senator said. “I think that there are personal, fundamental values to me as a person that got me elected to be on Senate that is strictly contradictory to voting in favor of this funding.”

Yesterday, prior to the public re-vote, FIRE wrote Stanford’s Undergraduate Senate seeking clarification of the basis for denying funding for this event — and reportedly only this event.

If the denial of funding is premised on the viewpoints of SCR or on public opposition to the invited speaker, the former Vice President of the United States, that denial is a violation of the expressive rights promised to Stanford students by both the university and the ASSU. Decisions concerning student organizations’ recognition or access to student fee funding must be made on a viewpoint-neutral basis, as freedom of expression bars such denials on the basis of the “ideology or the opinion or the perspective of the speaker[.]”

If, instead, the denial is predicated on legitimate and identifiable concerns relating to security or public health issues, we urge the Senate to identify those concerns. We caution, however, that abstract concerns that a speech will later lead to violence, or that viewpoints will cause “distress and fear,” are not a basis to curtail another’s expression.

Inviting a high-profile speaker to campus will inherently mean there are security issues to be addressed, but we’re confident an institution of Stanford’s caliber can navigate those issues. Likewise, challenges posed by COVID-19 have vexed institutions, and it is important that legitimate public health concerns be identified and addressed. And, in fact, Stanford’s latest guidelines anticipate as much, even allowing in-person events with more than 500 attendees, provided they register with the university.

Objections that a proposed speaker cannot be funded because they do not conform to the “personal, fundamental values” of a given student government member are naked viewpoint discrimination.

But when concerns about safety, security, or public health burden a particularly controversial campus speaker, those claims should be rigorously scrutinized to prevent censorship masked as security concerns. Members of the public are often deferential to claims about the need to protect safety, which creates a risk that the need will be exaggerated or the response will be disproportionate to the threat. (See, for example, a Drexel University professor exiled from campus due to unidentified security concerns, Babson College’s false claim that it was “cooperating” with the authorities regarding a professor’s joke about Iran, or Essex County College falsely claiming to have been “inundated” with “feedback” expressing “frustration, concern and even fear” due to a professor’s appearance on Fox News.) Suppressing speech based on asserted safety concerns incentivizes others to make threats or undertake violence to goad authorities into muffling speech they dislike, as has occurred with “heckler’s veto” cases at other universities.

Right now, the Undergraduate Senate’s explanations are at risk of wilting under scrutiny, and there is good reason to doubt its actions are motivated by safety concerns. The murkiness of its decision-making has conveniently obscured it from public scrutiny. The senate held at least two hearings in closed session, and a link for meeting minutes leads to a Google Drive that has not been updated in a year. Meanwhile, the few public comments that have been offered sound largely in objections to Pence, not specific safety concerns.

Further, there’s even more reason to be concerned the asserted safety considerations are conjectural — the senate’s apparent assumption that the speaker’s political positions or conduct are themselves dangerous. In its November statement when the controversy first arose, the senate said it “first wants to recognize that previous iterations of such an event by SCR” — referring to past appearances by conservative figures like Dinesh D’Souza, Charlie Kirk, Candace Owens, and Robert Spencer — “have caused genuine distress and fear for the personal safety of members of the Stanford community.”

Belief that a speaker’s views are themselves dangerous, or might inspire someone else to act unlawfully, is not the type of security threat that justifies censorship. They’re unlikely to amount to unprotected incitement. And any notion that speech can be suppressed because it has a “bad tendency” to spread bad or harmful ideas is an abandoned relic developed to suppress anti-war activists.

Objections that a proposed speaker cannot be funded because they do not conform to the “personal, fundamental values” of a given student government member are naked viewpoint discrimination. If these justifications are what members of the Undergraduate Senate raised in lieu of specific safety concerns, you can rest assured the objections are to the speaker, not a bona fide defense of public safety.

The senate’s November statement also correctly noted that viewpoint-based denial of funding would set a chilling precedent for future events. That statement acknowledged that student organizations “have a right to invite a speaker of their choice to an event and seek funding from the Undergraduate Senate,” and cautioned that “[d]enying their funding based solely on our disdain for the speaker would set a dangerous precedent that could hurt other communities on campus in the future, something we would like to avoid.”

FIRE strongly agrees. That’s why we’re asking the Undergraduate Senate to transparently explain the basis for the denial. Students must be able to know why elected representatives have made a decision. Student groups whose rights are burdened must not have to go through an appeal process — as did the College Republicans when the senate, violating its own constitution’s prohibition on “abridging the freedom of speech,” initially denied funding to the event featuring Dinesh D’Souza — in order to exercise the rights that Stanford guarantees.