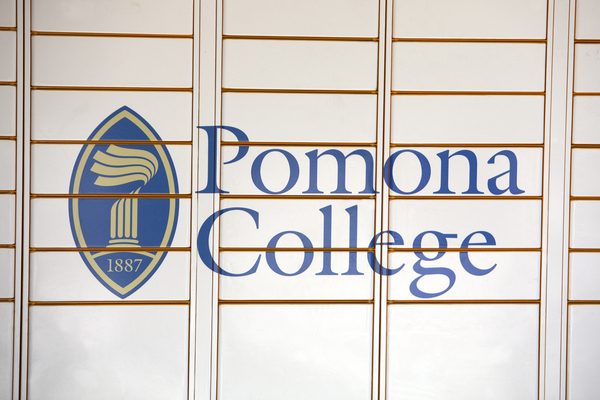 Pomona College promises students free speech. So why is it reserving the right to unilaterally remove the leaders of student organizations for saying things the college doesn’t like?

This year, Pomona College reaffirmed that to successfully register as a club — required to hold events on campus and access funds if needed — student clubs must allow the college administrators to remove club officers at their discretion. . . .

Starting last year, Pomona College started requiring student clubs to update club constitutions “with the new required Article regarding removal of officers/members.” Clubs that fail to do so may lose their abilities to access club funds, reserve spaces, or register events on campus. While clubs that did not include this amendment faced no direct action from the school, Pomona is reaffirming the requirement this year, requiring clubs to copy the amendment verbatim into their constitutions. The amendment allows The Smith Campus Center Assistant Direct, usually a dean, to remove officers at their discretion.

That “removal of Officers” provision reads, with emphasis added:

An officer may be removed only after every effort has been made by all parties involved to resolve the situation. If the situation cannot be resolved, then an officer can be removed from their position by a 2/3 vote of all club members. Approval to hold such a vote must first be obtained from the Smith Campus Center Assistant Director in charge of student organizations.

The Smith Campus Center Assistant Director may, at their discretion, remove an officer from their role should circumstances require such action. Grounds for removal of an officer include, but are not limited to:

As we explain in our letter to Pomona College today, the restrictions unlawfully burden the rights of student organizations to choose their own leaders.

A policy that allows administrators to remove student organizations’ leaders for “inappropriate” speech or “advocacy for . . . illegal activities” violates the expressive rights of students and their organizations. Whether speech is “inappropriate” is a hopelessly subjective term, and speech is not unprotected simply because it is seen as inappropriate or offensive to others. For example, a student newspaper’s editorial cartoon depicting police officers sexually assaulting the Statue of Liberty was protected speech, as was Hustler Magazine’s parody ad depicting Jerry Falwell, Sr., discussing losing his virginity to his mother in an outhouse. These were certainly seen as inappropriate, but allowing the regulation of speech because it offends “good taste” gives embarrassed authorities leverage to suppress criticism.

Authority to remove student leaders for “inappropriate” speech is a license to hobble any student group that draws objections from other students, administrators, donors, legislators, or the general public. That can have particularly chilling effects on organizations that engage in political advocacy, as well as on student newspapers, which may be inclined to publish stories or editorials that embarrass or criticize campus leaders and officials.

We hope Pomona will quickly address this wayward policy.