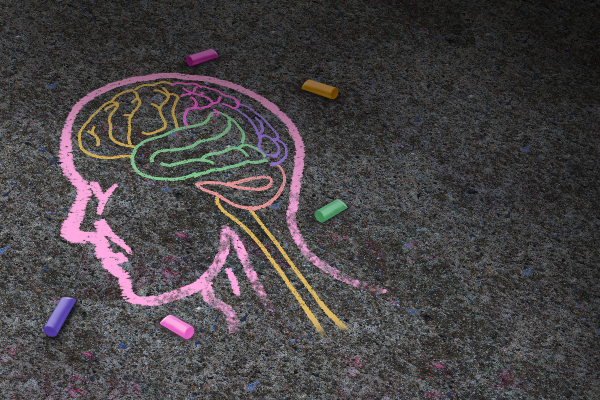 A Portland State University graduate student who said she wasn’t a “snowflake” was banned from attending classes unless she promised to get prior approval before she used any other “derogatory” terms. 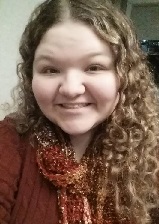 Lindy Treece
That would have been difficult to promise for anyone who isn’t a mind reader, because “derogatory” is a subjective term. But for Lindy Treece, who is autistic, it was asking her to do the near impossible.

Fortunately, we just got word that thanks to a letter from attorney Bill Becker, the school has let Lindy return to class. But the incident brings up an interesting issue related to neurodiversity that’s worth discussing.

On election day, Lindy was participating in a weekly Zoom seminar for graduate social work students who are interning in the field. During an instructor-led discussion about the election, Lindy said: “I’m going to accept the results of the election no matter what because I’m not a snowflake.”

As soon as she finished those words, Lindy was muted and her camera shut off. Later, her professor emailed her to impose an additional condition on her continuing in the class: “I need you to agree to not use derogatory language (including the term “snowflake”) in class moving forward.”

Lindy replied that she could not promise to anticipate what other people would find derogatory. She explained, “the think-before-you-speak advice is essentially a logical fallacy for us autistic people… we are unaware of how others will be impacted until it happens.”

While Lindy has since been permitted to return, I found this case submission to FIRE compelling and an opportunity to explain a number of things I have learned related to academic freedom and free speech on campus.

1. Professors have — and should have — great control over the regulation of the classroom. As the AAUP has noted, “Teachers are entitled to freedom in the classroom in discussing their subject.” Without the freedom to control in-class discussion, promises of academic freedom would be illusory.

2. That control is not unlimited, however. Here are a few examples from my book Unlearning Liberty: Campus Censorship and the End of American Debate about incidents where professors abuse their power to require students to express opinions they didn’t really believe.

Academic freedom, fully understood, is something that has different meanings at different levels. Institutions as a whole have academic freedom. Departments, professors, and students themselves have at least some minimal ability to follow where their research takes them and to engage in “principled dissent.”

3. Students on the spectrum disproportionately struggle with speech codes. This is ground covered by Geoffrey Miller at University of New Mexico in his 2017 Quillette article, and in an episode of FIRE’s So to Speak podcast.

Speech codes have to assume some kind of norms, and, whether speech code proponents know it or not, especially at elite colleges, those norms tend to be upper-class American norms. There is no such thing as universal norms of politeness or decorum. While internalizing and adjusting to these norms has always been hard on those who come to elite colleges from other backgrounds (including the working class or low socio-economic status), it is especially hard on people on the autism spectrum who, by virtue of their neurodivergence, have a hard time picking up social cues and predicting how others might respond to their words.

First Amendment issues aside, demanding that Lindy seek permission before saying something potentially “derogatory” put her in a very difficult position. At best, it was a thoughtless move by the professor. At worst, it was a way of punishing a student for reasons ranging from a dislike of her tone or style — which may or may not relate to her disability — to her viewpoint, at which point the legal concerns for the school would multiply.

One of the surprising discoveries of my work at FIRE is how often we see students on the spectrum getting in trouble. My attention was first drawn to this at the annual FIRE summer conference many years back where I spoke with the number of students who were frustrated with having to figure out often complex social cues and rules of discourse, rather than students and professors tolerating adapting to them. Some students are willing to be very public about their neurodivergence, while others are not; thankfully, in this case, the student in question is autistic rights advocate.

The truth is, speech codes, even those passed in the name of diversity, don’t deal very well with many kinds of diversity, including cultural and neurodiversity. What it means to be “appropriate” changes from year to year, day-to-day, country to country, and varies across class, religious, and regional differences, which is why campus censors so often end up looking more like Victorians rather than the forward-minded advocates they often like to think they are.

4. I personally don’t like the term “snowflake,” but saying “I am not a snowflake” is hardly the outside fringe of protected speech.

Here is a video of me and John Haidt saying how much we dislike the term snowflake. But it’s very different when you’re saying “I am not [INSERT INSULT].” It’s a very common way of poking fun at yourself, and if that’s considered beyond the pale by this professor in this class, it’s hard to imagine what kind of speech would be allowed.

Letters from FIRE have evolved from humble origins when I first started doing them myself (check out my first letter to University of New Mexico on behalf of Dr. Richard Berthold shortly after 9/11) back in 2001, to now doing a commendable (and often extensive) job of explaining the terrain of the law, and why a university’s behavior is potentially unlawful. But here, I decided not to go that route, instead I wanted to take the time to explain the different tensions and simply illustrate something for future speech-policing professors: If there are particular things you don’t want students saying in class, try to give them some notice first, please be specific, and if they accidentally stumble into one, maybe don’t kick them out of class indefinitely.

It’s more fair to everyone, and may be the only way neurodivergent students can comply. And to students: If you think your professor or administrators have crossed a line into infringing on your rights, please contact FIRE.