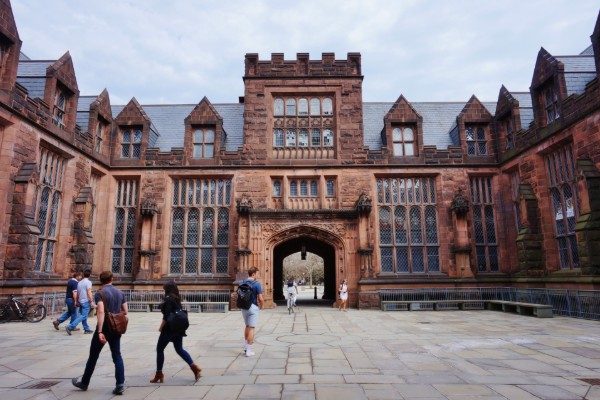 Princeton classics professor Joshua Katz faces not just criticism for a controversial op-ed he wrote — but formal calls for the Ivy League university to punish him for it. Troublingly, while Princeton makes strong promises of free speech and academic freedom, the university’s public statements on the matter have suggested it may indeed be investigating or planning to punish Katz.

To reassure faculty that they can express their views without fear of retribution, Princeton must immediately clarify that Katz’s views are wholly protected by institutional policy, and will not expose him to punishment.

To reassure faculty that they can express their views without fear of retribution, Princeton must immediately clarify that Katz’s views are wholly protected by institutional policy, and will not expose him to punishment.

‘A Declaration of Independence’

Katz has been harshly criticized for a July 8 piece that ran in Quillette, titled “A Declaration of Independence by a Princeton Professor.” The op-ed was a response to a July 4 open “Faculty Letter” signed by several hundred Princeton faculty members, staff, and students, demanding Princeton take certain steps to respond to racial injustice on campus.

FIRE criticized a number of the letter’s demands as illiberal, in one instance illegal, and a threat to free speech and academic freedom.

Katz’s response in Quillette identified similar problems and discussed some of the letter’s proposals he supported, and others he disagreed with.

One of the most controversial assertions has been Katz’s criticism of the Faculty Letter’s demand for acknowledgement of, and an apology to, a former student group. In his discussion of the issue, Katz hyperbolically referred to Princeton’s Black Justice League as “a small local terrorist organization”:

The Black Justice League, which was active on campus from 2014 until 2016, was a small local terrorist organization that made life miserable for the many (including the many black students) who did not agree with its members’ demands. Recently I watched an “Instagram Live” of one of its alumni leaders, who—emboldened by recent events and egged on by over 200 supporters who were baying for blood—presided over what was effectively a Struggle Session against one of his former classmates. It was one of the most evil things I have ever witnessed, and I do not say this lightly.

Princeton ‘will be looking into the matter further.’

Princeton President Christopher Eisgruber criticized Katz’s description of the Black Justice League in a statement to The Daily Princetonian, suggesting the statement was outside the bounds of what “free speech permits”:

While free speech permits students and faculty to make arguments that are bold, provocative, or even offensive, we all have an obligation to exercise that right responsibly[.] Joshua Katz has failed to do so, and I object personally and strongly to his false description of a Princeton student group as a ‘local terrorist organization.’ By ignoring the critical distinction between lawful protest and unlawful violence, Dr. Katz has unfairly disparaged members of the Black Justice League, students who protested and spoke about controversial topics but neither threatened nor committed any violent acts.

The Daily Princetonian also reported a separate statement from Princeton spokesperson Ben Chang, pledging that the university’s administration “will be looking into the matter further.” The same article reported that a “number of recent alumni and students took to Twitter to call for the University to take action against Katz.”

I’d love for @Princeton to explain how Joshua Katz can possibly remain in good standing as a teacher after writing something this incendiary and menacing about students at his own institution pic.twitter.com/ImCwmJyUKO

.@Princeton Changing the name of the School is a start, but you’re not done. We want structural change, not just symbolic measures. In his “Declaration of Independence” letter, Professor Joshua Katz has demonstrated cause for his dismissal from the Faculty. (1/2)

FIRE is not aware of any action that has yet been taken. However, Princeton’s suggestion alone that such action might be forthcoming has serious — and chilling — implications.

Freedom of speech does not mean freedom from criticism or social consequences. Katz’s article has sparked intense debate, and weathering criticism is part of that debate. Likewise, administrators can also criticize student or faculty speech, but should be careful not to convey the message that their criticism may be followed by punitive action.

It is not clear whether Princeton means to suggest it will formally investigate, but the statement that the university is “looking into” Katz’s extramural speech certainly commingles criticism with the university’s authority. That’s a problem not just for Professor Katz, but for any faculty member or student wishing to express their views on campus without fear of institutional censorship.

Princeton must immediately clarify that Katz’s protected expression will not be punished.