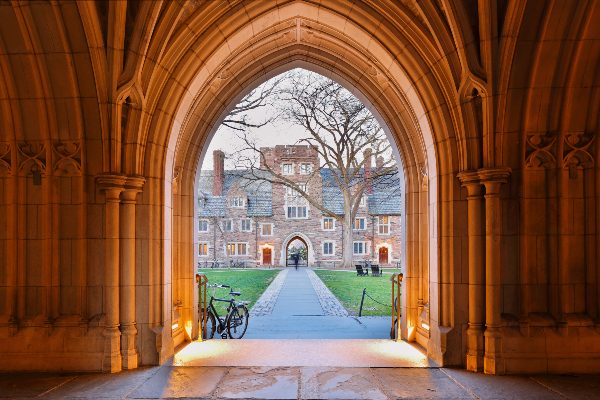 In his State of the University letter last month, Princeton University President Christopher Eisgruber devoted a significant portion of his dispatch to freedom of speech and its place alongside truth-seeking among Princeton’s fundamental institutional values. It’s an interesting and worthwhile letter, and I recommend reading it in full. Its affirmations of free expression are by and large welcome and on point; where they become a bit more qualified, they invite contemplation on the place of free speech in the academy and the role the president plays in it.

Before noting Eisgruber’s remarks on free speech it’s first worth noting his remarks on institutional restraint, which he sees as important for a university leader, and something to which he had to adjust when he moved from the faculty to the president’s office:

As William G. Bowen, Princeton’s 17th president, put it, “The University as an institution must exercise a significant degree of institutional restraint if its individual members are to enjoy the maximum degree of freedom.” He continued, “The absence of an institutional statement of ‘orthodoxy’ lessens the risk that faculty or students will be favored in some way—or will think that they may be favored—by taking the ‘right’ position on a controversial question.”

Some people characterize, and often criticize, this institutional restraint as “value neutrality.” President Bowen disagreed with that description, as do I. He said,

[Princeton] is a value-laden institution, and it is for that reason that I avoid using the word ‘neutrality’ to describe its aims …. But the University’s core values emanate from its character as a university. In this setting, open-minded search for truth is itself the highest value; it is not to be sacrificed to anything else. 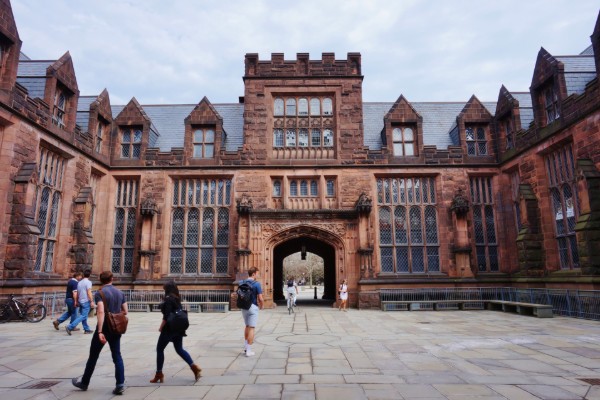 It’s notable to see Eisgruber devote time to this principle, because it’s a position that seems to be rapidly falling out of favor — especially with students, in FIRE’s experience. Among the trends we’ve noticed over the last several years is the increased tendency to demand that university leadership speak out on a particular side of any perceived slight or injustice, and to see universities’ failures to do so as being somehow complicit. Eisgruber speaks favorably of institutional restraint as a leadership principle, but it’s increasingly rare to see institutions pursue it as a matter of policy. In fact, it’s hard to think of any beyond the University of Chicago, which established this governing principle in its 1967 Kalven Committee report. You can see from quoting it how Bowen (and by extension Eisgruber) internalized that report’s principles:

There is no mechanism by which it can reach a collective position without inhibiting that full freedom of dissent on which it thrives. It cannot insist that all of its members favor a given view of social policy; if it takes collective action, therefore, it does so at the price of censuring any minority who do not agree with the view adopted. In brief, it is a community which cannot resort to majority vote to reach positions on public issues.

Even with Eisgruber echoing these principles at Princeton, it’s exceedingly hard to imagine a university in 2021 formally adopting such a position, given how much opposition it would face from significant portions of the students and faculty.

Eisgruber moves on to a section on “Free Speech and Truth-Seeking,” which he opens by examining the effect that national crises (which were plentiful in 2020) can have on a university’s fidelity to its principles, in particular to free speech. Eisgruber writes:

These stresses are manifest in the heated debates about free speech on college campuses. I am a passionate defender of free speech. Vigorous argument is essential to truth-seeking and scholarship. On college campuses in particular, we should meet falsehoods and offensive arguments with better speech, not with censorship, suppression, or punishment.

Free speech and truth-seeking require not only the absence of formal restraint or disruption, but also a willingness to learn from those with whom we disagree. We impoverish our discourse and ourselves if we are quick to ostracize speakers who say things that offend us.

Naturally, we agree. Eisgruber’s argument that “bad” speech should be met with “better” speech, and that the solution to offensive or wrongheaded expression is more speech, not less, is an argument we’ve been making now for many years.

It’s Eisgruber’s next point, on free speech and its role alongside “truth-seeking,” that is worth unpacking just a little further (emphasis in original):

Our University’s core value, however, is truth-seeking, not free speech per se. They are not the same thing. The reckless expression of offensive or false ideas may be protected speech, but it is utterly inconsistent with scholarly ideals. It corrodes, rather than serves, the cause of truth-seeking.

This is, to a good extent, easy to credit. If a university wasn’t interested in truth-seeking as Eisgruber describes, many of us probably wouldn’t consider it much of a university. You want the marketplace of ideas to be leading someplace, and you want to exit the institution with more knowledge than you had when you entered, especially given how expensive it was for you to be there. And the academy can be a spirited, rancorous place. It’s easy to imagine an instance where the “reckless expression of offensive or false ideals” “corrodes, rather than serves, the cause of truth-seeking.” That’s part of the process.

However, there’s something else a university president has to consider when faced with a controversy over expression that he or she believes falls short of “the cause of truth-seeking,” as Eisbgruber puts it: What are the chances that, if I involve myself in this dispute, I might risk further corroding what I’m hoping to fix? This is a question a lot of university presidents ought to be asking themselves, given the increased demands they’re under to take strong, visible stands on certain issues — which have only been amplified by the national events of the past year.

Eisgruber clearly takes this question seriously, but also, as he goes on to say, isn’t afraid to assert his leadership role in certain instances when he sees the need (emphasis added):

In general, the University should leave it to its individual members—its faculty, students, staff, and alumni—to debate which views are right or wrong, respectable or not. In some cases, however, my colleagues and I in the University administration will need to speak up for what [former Princeton president Robert] Goheen called its “basic tenets,” including its commitments to racial equity and inclusivity.

Eisgruber probably speaks for a lot of college presidents in this regard, given how many pronouncements we saw from university leaders on these issues last year. And therein lies the rub. A university leader is fully within their rights to assert their institution’s values and condemn speech or behavior that goes against those values. But the last year can also be read in part as a lesson in the perils of university leaders incautiously exercising this role. If a crisis increases pressure on leaders to take a stand, it also magnifies the consequences of doing so, and the pressure to act can create a tunnel vision that can lead to dumbfounding errors. This might help explain how Nicholls State University’s president, at the height of last summer’s protests, explicitly stated in an email to the campus that “hate speech” was not protected by the First Amendment — a categorically incorrect statement.

Then there are the university leaders whose idea of leading by example means making an example of someone else. Perhaps no one fits this bill better than University of Central Florida President Alexander Cartwright, who seized on a professor’s controversial tweets and openly solicited community members to come forward with any dirt they had on him — going back fifteen years — which it is using to build its case to fire him. And Eisgruber, of course, had his own test on free speech last summer, one which he did not exactly pass with flying colors, after he waded into a controversy over a professor’s op-ed by criticizing its message (as was his right to do) without making clear that its content was protected and wouldn’t result in any investigation.

This isn’t to say that presidents have no business involving themselves in these matters; indeed, sometimes their strong and clear leadership is imperative. But it is a reminder that college presidents have a unique capacity to affect the landscape for free expression at their institutions, and that, what’s more, their failures can easily overshadow their successes. It can take years of effort to foster a culture of free expression. Undoing that work takes much less time. Let Eisgruber’s message to the Princeton community, then, also serve as a message to himself and his fellow leaders about the ease with which they can distort the marketplace of ideas and impede the search for truth.