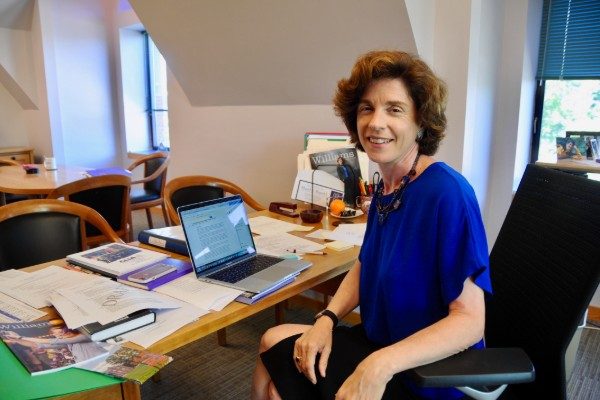 WILLIAMSTOWN, Mass., May 15, 2019 — The president of Williams College says she is “disappointed” that the student government refused to grant official club recognition to a student group based solely on its pro-Israel viewpoint. She’s expressed concerns about the group’s treatment — but more must be done.

Today, the Foundation for Individual Rights in Education called on President Maud Mandel to grant club status to the group and take steps to combat viewpoint discrimination.

“Student governments should encourage more students to speak and debate ideas rather than hamper their ability to do so,” said FIRE Senior Program Officer Sarah McLaughlin, author of FIRE’s letter to Williams. “President Mandel must immediately remind the College Council and the entire campus community that viewpoint discrimination is wrong — especially at a campus committed to free expression.”

The College Council voted 13–8 on April 23 against recognizing the Williams Initiative for Israel as an official registered student organization. According to The Williams Record, WIFI was the first club in over a decade to be denied group status while complying with all student government requirements for recognition.

“Students on this campus often cannot express views that go against the dominant opinion,” said group member Molly Berenbaum. “The Williams College Council has rejected students’ rights to free speech and free assembly, and we are thankful to FIRE for supporting a group of students whose voice has been actively suppressed.”

Mandel said she is “disappointed” with the student government’s decision and offered that the club can operate without the student government granting recognition. Her later statement implies that the club can still access “all” resources available to recognized student groups, but the viewpoint discrimination created by this two-tiered system does not square with the college’s own free speech commitments.

“Williams College cannot in good faith make commitments to free expression if an agent acting on its behalf — in this case, the College Council — can simply choose to violate them,” McLaughlin said.

The student government recognizes around 170 student organizations, including Students for Justice in Palestine.

FIRE has a long history of advocating for the free expression of both pro-Israeli and pro-Palestinian speakers and student groups. Though Williams is a private college, and thus not bound by the First Amendment, it is morally obligated to honor its promise that Williams students can enjoy “the unfettered exchange of diverse points of view.”

Inside Higher Ed reported that amidst this backdrop, Williams is deliberating on new policies addressing freedom of speech on its campus. Today, the college earns a “yellow light” rating for free speech in FIRE’s Spotlight on Speech Codes 2019 report for maintaining five problematic policies that could stifle free speech.