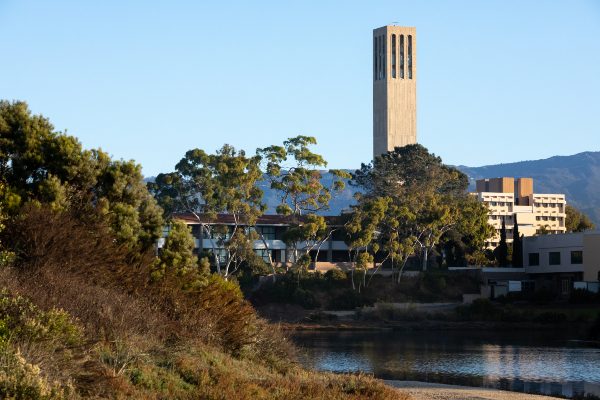 As universities and colleges across the country rushed to evacuate campuses as COVID-19 ominously loomed, they relied heavily upon online tools to bridge the new distance between faculty and students. At the University of California Santa Barbara, faculty members’ skepticism about the use of one such tool, ProctorU, was answered with a bombastic letter from the company’s lawyer, invoking the spectre of civil — and criminal — consequences.

Shortly after UCSB began urging students not to return to campus earlier this month, the university’s faculty association wrote a letter to the chancellor to express “serious concern” about ProctorU’s use of student data and information, citing two of the company’s privacy policies. The letter broadly asked the university to reconsider its relationship with ProctorU and to avoid the use of either ProctorU or “any other private service that either sells or makes students’ data available to third parties.” After the letter was covered by the student newspaper, ProctorU responded on Twitter to argue that the concerns were misplaced.

The letter goes on to accuse the faculty association of undermining “emergency efforts to mitigate civil disruption” caused by the coronavirus pandemic.

As Paul Alan Levy of Public Citizen reports, it also prompted a response from ProctorU’s lawyer, an erratic letter invoking a litany of legal theories: defamation, copyright, trademark, and a hodgepodge of other claims that make appearances. The letter goes on to accuse the faculty association of undermining “emergency efforts to mitigate civil disruption” caused by the coronavirus pandemic.

To underscore just how seriously ProctorU takes the threat to civil order presented by criticism of its privacy policies, its lawyer sent a copy of the letter not only to UC Santa Barbara’s lawyers, but also to state and federal prosecutors. The letter leaves to the imagination why criticism of the company is of concern to law enforcement. And, of course, UC Santa Barbara’s administration should not accept ProctorU’s invitation to censor its faculty members.

It is also difficult to square ProctorU’s reference to the coronavirus pandemic, which has led to the evacuation of almost every college campus, with the motive ProctorU ascribes to the faculty members’ letter. Citing the faculty association’s role in representing faculty members in employment disputes, ProctorU claims that their criticism is motivated by a financial “benefit in thwarting the use of ProctorU’s on-line testing, tutoring and proctoring services, in lieu of personal faculty instruction.” But ProctorU doesn’t replace faculty members online or off, and there’s hardly any in-person instruction to speak of for an indefinite period.

Paul Alan Levy’s evisceration of ProctorU’s nastygram is well worth a read. He explains that the “nonsensical” intellectual property law claims — trademark claims, apparently for the faculty association’s use of ProctorU’s name in identifying who they’re criticizing, and copyright claims for repeating some of the words used in ProctorU’s privacy policies — are frivolous. It’s worth noting, for example, that ProctorU’s absurd argument that repeating some of the words in its policies is copyright infringement will deter others from accurately quoting its policies, whether to criticize or defend the company.

It’s worth noting that ProctorU’s absurd argument that repeating some of the words in its policies is copyright infringement will deter others from accurately quoting its policies.

So, too, are the defamation claims dubious. As Levy notes, the claim appears predicated on the perceived suggestion that ProctorU “sells or shares” information, and the company steadfastly denies that it “sells” information to anyone. Yet the faculty association’s letter encourages the university to — with emphasis added — discontinue use of “this service or any other private service that either sells or makes students’ data available to third parties.”

In other words, the assertion isn’t that ProctorU sells data, but that some companies do sell information, and the university shouldn’t work with any company that sells or shares information. Because that particular assertion isn’t about ProctorU, it can’t be said to be a statement “of and concerning” the company. You can’t sue for defamation for statements about other people or companies.

Even if the statement were about ProctorU, it’s substantially true that the company shares some information with third parties, as identified in its California Consumer Privacy Act policy, in order to facilitate its website analytics. It may be perfectly unobjectionable for ProctorU to share that information with those providers, but whether it’s reasonable is, as Levy notes, a matter of opinion. If a statement is an opinion (as opposed to a provably false statement of fact), or if the statement is substantially true, there’s no viable claim for defamation. Indeed, ProctorU acknowledges that there has been “confusion” about its policies, and explains that they “recently updated” a privacy policy to “clearly define” their use of information. It may well be that their information practices are above board, but readers of the faculty association’s letter can judge for themselves whether the assertions are well-founded.

Moreover, even if one believes the faculty association’s evaluations to be misplaced, their letter identifies — and links to — the information they rely on for their conclusions. When the basis of a statement is fully disclosed and the recited facts are themselves truthful, the statement is — as the U.S. Court of Appeals for the Ninth Circuit has held — an opinion based on disclosed facts, “no matter how unjustified and unreasonable the opinion may be or how derogatory it is.”

ProctorU could — and should — have responded by explaining its policies and why, in its view, the faculty members’ criticism is misguided. FIRE is agnostic on whether or not ProctorU’s policies are appropriate. But colleges would not be unwise to consider how ProctorU responds to criticism, and whether partnering with ProctorU will risk similar efforts to suppress criticism by students or faculty.