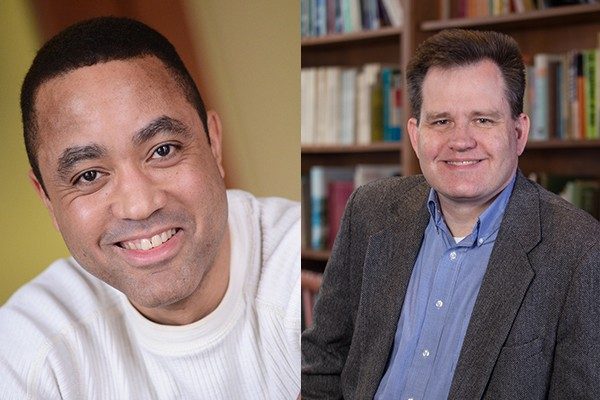 “FIRE could not be more pleased to have Professors McWhorter and Whittington join the board,” said Anthony Dick, Chairman of FIRE’s Board of Directors. “They are as distinguished in their respective fields as they are committed to the principles of liberty that FIRE is sworn to defend.”

John McWhorter is Associate Professor of English and Comparative Literature at Columbia University, teaching linguistics, Western Civilization, and music history. He is a regular columnist on language matters and also race issues for Time and CNN, writes on language for The Atlantic, and hosts the Lexicon Valley podcast at Slate. He is the author of many books, including most recently “Words on the Move” and “Talking Back, Talking Black.” He has appeared regularly on Bloggingheads.TV since 2006.

In recent months, Professor McWhorter has heard from hundreds of academics concerned about the climate for free speech and academic freedom on their campuses. In September, he authored an essay for  The Atlantic entitled “Academics are Really, Really Worried about Their Freedom,” which digests some of these correspondences.

“I’m honored to be a part of this organization at a time when its actions and counsel are going to be integral to the very survival of post-Enlightenment inquiry and exchange in this country,” said McWhorter.

Keith E. Whittington is the William Nelson Cromwell Professor of Politics at Princeton University. He writes about American constitutional law, politics and history, and American political thought. His work has appeared in the Wall Street Journal, Washington Post, New York Times, and The Atlantic, among other outlets, and he is a regular contributor to the Volokh Conspiracy blog. He is the author of several books, including “Speak Freely: Why Universities Must Defend Free Speech”; “Repugnant Laws: Judicial Review of Acts of Congress from the Founding to the Present”; and “Constitutional Crises, Real and Imagined.”

“FIRE has been on the frontlines of the fight for free speech and academic freedom on American college campuses, and I have long admired their work,” said Whittington. “I look forward to working with them more closely and helping their mission however I can. Unfortunately, threats to freedom of thought and free inquiry have been coming fast and furious, from both the left and the right, and we will continue to need a strong defense of these foundational principles in the years ahead.”