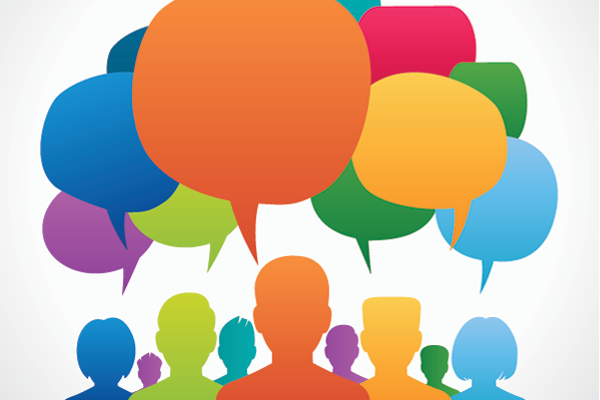 For students all across the country, the coming academic year is cloaked in uncertainty. One thing is certain, however: This fall is going to be trying and turbulent. Despite the coming political storm, university communities — which thrive on critical inquiry — need to find ways for their students to engage in healthy discourse.

Yet it is precisely this kind of discourse that students are likely to see break down in the coming months. President Trump and his politics are divisive at best and schismatic at worst, and, as a result, this election season is likely to bring with it many debates that look more like screaming matches than discussions. Moreover, with the recent focus on issues of racial injustice and police brutality, some students will feel powerfully committed to their political goals this fall. Indeed, pandemic politics and their life-or-death ramifications will only heighten this sense of urgency. What’s more, our newly isolated educational environment will likely lead students to become even more entrenched in their ideological bubbles due to a lack of serendipitous social interactions with those whose opinions do not match their own.

This campus environment presents a unique problem for students like me, who strive to promote productive discourse at their universities.

Last fall, I entered campus at the University of South Florida to find a student body very prone to self-censorship. In conversations outside of class, for example, I learned that many of my peers had withheld their own opinions during class discussions for fear of offending others. I thought that this type of self-censorship was antithetical to the goals of the university, and I wanted those students to feel as though they had a place to express their views, so I started a student organization called First Amendment Forum. In order to promote viewpoint diversity and encourage students to embrace their right to engage in healthy discourse, 1AF’s stated goals are to host “civil discussions about hot-button issues … and help cultivate a community that embraces the merit of the First Amendment.” 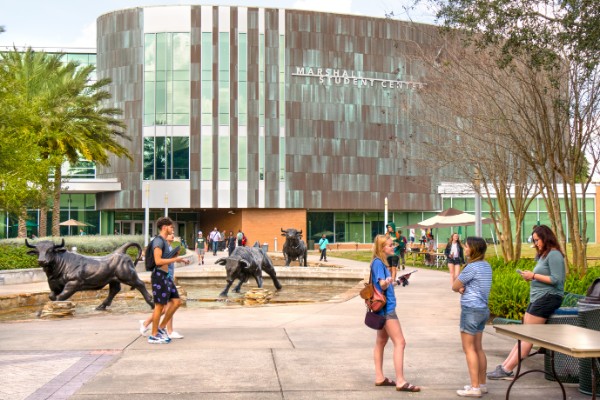 Students on the campus of the University of South Florida. (Leigh Trail/Shutterstock.com).

Though it is crucial that public universities like USF maintain policies that uphold the First Amendment’s protections for their students, it is also important for the campus community to embrace a culture of free expression. Without students and faculty that understand the importance of free and open discussion, universities stagnate. Discussion groups like 1AF allow students to see effective inquiry at work and, in the process, realize how fundamental it is to the ends of an academic community.

To uphold its commitment to productive discourse despite the political whirlwind that lies ahead, 1AF will have to place a heightened emphasis on the common experiences that we students share. Despite our diversity of viewpoints, it is the function of a university to bring students together under a common institutional banner, to provide a community in which we can realize John F. Kennedy’s famous dictum: “that what unites us is greater than what divides us.”

One way that we can try to emphasize commonalities is to lean into our sense of community as USF students. Before each 1AF discussion begins, members have ten minutes or so to chat and catch up over snacks. The first ten minutes of the 1AF meeting serve to remind us that we are all friends, that we are all college students who appreciate free Oreos and Coke, and that there is a world outside the discussion that is about to begin. Be it in person or online, this initial catch-up will be crucial to the success of our discussions this fall. Without it, we lose sight of the fact that we are peers first and interlocutors second, not the other way around.

However, the pandemic poses extra challenges. It is likely that 1AF will have to hold virtual discussions next fall, and this makes social cohesion much more difficult. These difficulties can be overcome, but we will have to be creative. Maintaining the sense of camaraderie that was made possible by our pre-discussion chats might lead 1AF to host video conference movie screenings, presidential debate virtual watch parties, or perhaps even a Zoom book club. The unifying feature of these events is that, even though they are virtual, they establish common experiences through which members of 1AF can bond. If my peers and I can first establish experiences we share, then it will become much easier to engage in the divisive conversations we must have this fall.

If we uphold our commitments, 1AF and other discussion groups like it have a recognized value. As Bari Weiss recently wrote in her resignation letter to the New York Times, “Americans still hunger for … debate that is sincere.” It is only when our commonalities are emphasized over our differences that political rifts can be tamed and healthy discourse can be revived. If America is to find itself safely on the other side of a tumultuous 2020, discussion groups like 1AF have a duty to emphasize Kennedy’s adage and encourage productive discussion this fall.

Samuel Rechek is a rising sophomore at the University of South Florida and a FIRE Summer Intern.