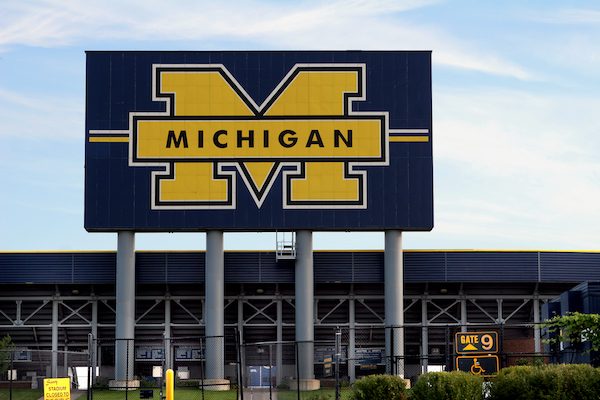 “No survivor should be cross-examined by their perpetrator.” Slogans like this rang out on the University of Michigan’s main square where a “Human Chain for Survivors” gathered in 2019 after the United States Court of Appeals for the Sixth Circuit ordered revisions the university had to provide for adversarial cross-examination in sex discrimination and sexual misconduct cases.

Since then, the university has released new policies which earned a “C” rating from FIRE in its latest Due Process rankings. These policies are a marked improvement but remain a far cry from the fundamental fairness required by the current Title IX regulations. They allow for informal proceedings with few protections, undermining the process and harming both complainants and respondents. The result is a system in which respondents — and the public — do not trust the university’s findings and complainants choose not to come forward. A system that betrays the public trust cannot effectively adjudicate these complaints and provide safety and justice to campuses.

Much ink has been spilled on the value of due process for the accused. Despite this, members of the university community fought against due process protections for their fellow students. Why?

It helps to understand the culture on campus. Around the time Michigan was grappling with its due process policies, it was forced to confront a culture of complicity on campus when it came to overlooking sexual assault. In the context of rampant misconduct and a track record of inadequacy surrounding investigations, one can understand why students would want the university to make changes.

These revisions — if adopted — will further erode trust in the legitimacy of campus sexual misconduct proceedings.

Unfortunately, the institution responded to this targeted activism by weakening due process, removing direct cross-examination and hiding much of the appeals process from public scrutiny by refusing to publish details of the investigation or the members of the appeals committee until after the appeal was released. Furthermore, Michigan’s appeals committee did not have to follow the same procedures the original factfinder was bound to. As a result, students did not trust the university’s Title IX procedures. In arguing for repairs to the Title IX process, however, they sought to make the process unfair, which would have made it less effective at finding the truth. This in turn could lead to off-campus litigation.

Courts take cases to resolve factual questions, and they employ several strategies to ensure the answer does not unjustly deprive anyone of their rights. Building juries of one’s peers mitigates bias and prejudice among factfinders, and having attorneys cross-examine both parties helps those factfinders get the full story. Without these protections, defendants would suffer from their inability to share their side of the story, but the subsequent erosion of legitimacy would harm plaintiffs as well.

An assault is among the most traumatic experiences in a person’s life. Complainants, and the advocates at Michigan, often talk about the trauma of going through the adjudication process. However, if the public finds the process patently unfair, the finding of responsibility will predictably be viewed by many as less legitimate, regardless of the facts of a case.

Moreover, complainants suffer when the process is unfair, as is illustrated by a case at the University of Kentucky. There, the university repeatedly chose to cut corners in its investigation, which ultimately found the respondent responsible, and as a result, courts repeatedly vacated and remanded the findings of responsibility. Every time they did so, the complainant was likely forced to relive the trauma of her alleged assault. Michigan students, advocating to protect victims from revisiting their trauma, risk enabling situations like what happened in Kentucky. These stories discourage complainants from reporting their assaults and contribute to what many argue is widespread underreporting of rapes and assaults on college campuses.

When the very people who this system is supposed to help are disillusioned with its offerings, the system has failed.

The University of Michigan demonstrates a failure of all three pillars of an effective Title IX office. The school conducted its reporting and investigations without professional standards, withheld information about its processes, and aggressively stripped away fairness for participants in the Title IX process. In doing so, it further undermined public trust in its processes.

Without a fair system that inspires trust among community members, schools cannot know the true scope and scale of assault on their campuses. Without that knowledge, they cannot reasonably hope to combat it. The Biden administration has taken steps to roll back the fundamental fairness that is necessary for investigating and adjudicating some of the most difficult cases universities take on. This is obviously a blow to the work FIRE has done to protect students, but Michigan’s experience suggests it is also a blow to entire campuses.

Unfortunately, the proposed regulations, like the policies found at Michigan and elsewhere, show a willingness to erode the fundamental fairness of the disciplinary process.

On June 23, the Department of Education issued its proposed revisions to the department’s Title IX regulations. The proposal would roll back several key protections for students in cases of sex discrimination, including the current requirement that institutions provide students with a live hearing to contest the charges and the right to select an advisor of their choosing to conduct adversarial cross-examination. These revisions — if adopted — will further erode trust in the legitimacy of campus sexual misconduct proceedings.

Many universities and activists have argued that because the process is not criminal, it can be relaxed, ostensibly to protect plaintiffs. However, this neglects the severe consequences students can face for being found guilty in Title IX proceedings, including suspension or expulsion. Given these stakes, a Title IX office needs to garner trust from the community, and it can only do so by being transparent, professional and fundamentally fair. Transparency is widely supported by most everyone; people believe universities ought to be honest about misconduct and how they choose to investigate it.

Unfortunately, the proposed regulations, like the policies found at Michigan and elsewhere, show a willingness to erode the fundamental fairness of the disciplinary process. When the government allows schools to abandon their role as professional and impartial factfinders, a culture of complicity like Michigan’s can spread — a fate no student deserves.

Dominic Coletti is a rising senior at the University of Michigan and FIRE Summer Intern.