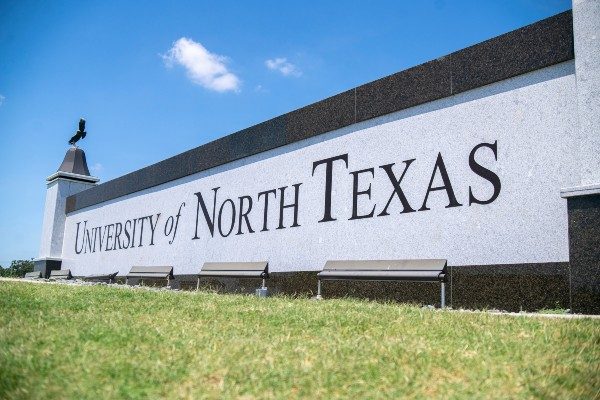 6 p.m. EST: This post has been updated and edited to address defamation claims in Jackson’s lawsuit.

When University of North Texas music professor Timothy Jackson published an essay critical of a fellow music scholar’s speech on “music theory’s white racial frame,” UNT graduate students and faculty demanded that Jackson face punishment for expressing those views, which they deemed “racist and unacceptable.” Jackson has now filed a federal lawsuit against the university, a graduate student, and several faculty members.

In August, UNT launched an investigation of Jackson, announcing its intention to “reaffirm our dedication to combatting [sic] racism on campus and across all academic disciplines.” Jackson was subsequently removed from the academic journal he founded.

Last week, Jackson filed a lawsuit against UNT for First Amendment retaliation, arguing that the investigation into his journal, and his department chair’s decision to block Jackson from future involvement with the journal, were all done in retaliation for Jackson’s expression of views out-of-step with the prevailing campus orthodoxy.

Unfortunately, as part of his lawsuit, Jackson has additionally named student and faculty defendants, whom he has accused of defamation. As FIRE has said recently, we believe such lawsuits are generally unwise and can often chill or target core protected speech. In most jurisdictions, criticism of another person or their views as “racist” is a statement of opinion, not a statement of fact. Defamation lawsuits targeting critics on this basis often target speech protected by the First Amendment.

FIRE first reported on Jackson’s case over the summer, when the calls for censorship emerged. In November 2019, music theorist Philip Ewell delivered a plenary address to the Society of Music Theory positing “a white racial frame in music theory that is structural and institutionalized.” Ewell took particular aim at 19th century music theorist Heinrich Schenker, whose influence on music theory is “hard to overstate,” arguing that Schenker was a “virulent racist” and that Schenker’s “racist views infected his music theoretical arguments.”

Timothy Jackson has devoted his career to the study of Heinrich Schenker. He is the director of the Center for Schenkerian Studies at UNT and a co-founder of the Journal of Schenkerian Studies, an academic journal published at UNT. Ewell’s widely-heard address related so directly to Schenker’s work that Jackson and the editorial staff of the journal decided to publish a symposium issue featuring a number of responses, both pro and con, to Ewell’s address. The journal issued a call for papers to all members of the Society of Music Theory, including Philip Ewell, who did not respond. Timothy Jackson himself published a response in the symposium that was highly critical of Ewell’s analysis.

The symposium issue was published in July 2020, and the calls for Jackson’s punishment began immediately. Rather than defend academic freedom against this obvious attempt to suppress unpopular opinions, UNT launched an investigation, creating an “ad hoc” panel to look into the process that allowed the symposium issue of the journal to be published. On November 30, 2020, this ad hoc panel published a report criticizing the journal’s structure and the editorial and review process used for the symposium.

In response to the ad hoc panel’s report, department chair Benjamin Brand “informed Professor Jackson that he would be removed from the Journal and that the university would eliminate resources previously provided to the Journal and Center for Schenkerian Studies,” Jackson’s complaint states.

His complaint further alleges that:

Timothy Jackson has wanted only one thing, to publish and conduct scholarship in a free and open forum.  Instead the University of North Texas subjected him to an inquisition, made up the procedures and rules as it went along, and suppressed his viewpoints and those of other scholars who published in Volume 12 of the Journal for Schenkerian Studies. Their only sin was to defend classical music from spurious charges of “racism” and “white supremacy.”

Jackson is also represented by Jonathan Mitchell of Mitchell Law PLLC in Texas.

FIRE will keep you posted on Jackson’s lawsuit as it progresses.